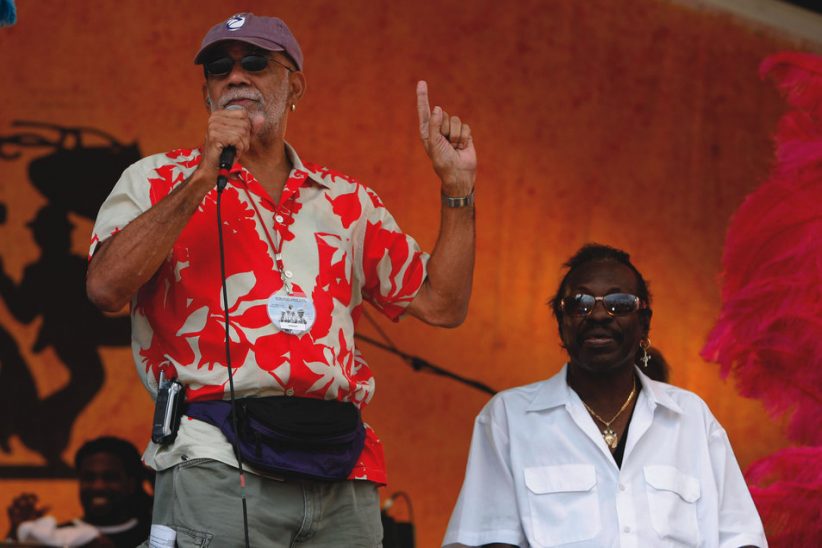 Generally, disc jockeys who play the same kind of music and host shows opposite each other have a relationship not unlike that of a mongoose and a cobra. Fortunately, Ed Bradley and I never fell into that trap back in the ’60s when we were both jazz disc jockeys in Philly. On the contrary, we became lifelong friends.

Both of our shows ended at 1 o’clock in the morning, which gave us time to catch the last set at Pep’s or the Showboat. Back then, all the giants who worked the jazz circuit came through Philly once, sometimes twice a year. As a consequence we got to see everybody, and I do mean everybody—Monk, Miles, Trane, Mingus, Horace, Blakey, Cannon, Rahsaan, Yusef and so many more.

Sometimes after the gig, we’d grab breakfast at one of the all-night joints and have the kinda conversation jazz fans had back then: “Which of Horace’s groups do you dig more, the one with Blue and Junior or the new one with Woody and Joe?” “What’s going on with Trane?” “What do you think Clifford would be into if he were alive?” Stuff like that.

We both left Philly in ’67. I went to New York to work as a staff producer at Atlantic Records. Ed made a pit stop in Paris, but eventually wound up in New York as a reporter for WCBS radio. For no special reason, we kinda lost touch in those first post-Philly years. Nothing bad happened, just two guys chasing separate dreams. And if you’ve never done that, trust me when I tell ya that dream-chasin’ is a full-time job. Cut to a Sunday night in the early ’70s. I’m lying in bed, halfway watching the 11 o’clock news on CBS, when I hear a voice on the television say, “This is Ed Bradley reporting from Vietnam.” I bolted upright. It was Ed Bradley. My Ed Bradley. In Vietnam. What the hell was Ed Bradley doing in Vietnam? Vietnam was about bullets, bombs and booby-traps. The Ed Bradley I knew was about Basie, Bird and Blakey.

The next morning I called CBS, left my name and number with his secretary and prayed he’d come home in one piece. About six weeks later the phone rings. It’s Ed. After a quick exchange of hellos all I could think to say was, “What the hell are you doing in Vietnam?”

“I’m a war correspondent,” he said.

And as matter-of-factly as somebody says, “Gimme a ham and egg on a roll to go,” he said, “I’m terrified.”

Fools are fearless—only a truly brave man cops to his fears.

But brave was only one of the things Ed Bradley was. He was as good as it gets at what he did, whip-smart, stylish the way guys who read GQ wish they were and the dictionary definition of “cool.” It wasn’t by accident that he did for network news what Jackie Robinson did for baseball. He was the only person with enough puzzle pieces to pull it off.

Ed’s passion for music, all kinds of music, was unbounded. But for me, what separated him from all the others who do what he did was the jazz in him. He didn’t get the answers he was looking for by attacking his subjects, he got ’em by disarming them. He took people away from themselves the same way Ben Webster did every time he wrapped his heart around a ballad. At his core, Ed was a jazzman, one of the cats.

I’ve known a lotta people who made it to the top of the mountain, but I’ve never known anyone who carried his success as comfortably and as quietly as Ed did. He was as at ease in the street as he was in the boardroom. He’s probably the most complete American man I’ve ever known. I’m so grateful I had the opportunity to be one of the thousands of spokes on that gigantic wheel of which he was the hub.

Another one of the cats has checked out. Another pair of shoes is gonna stay empty forever.

Meghan Stabile, an innovative jazz promoter, producer, organizer, curator, and advocate who proudly adopted the New York Times’ description of her as a “modern impresario,” … END_OF_DOCUMENT_TOKEN_TO_BE_REPLACED

Grachan Moncur III, a trombonist and composer who forged a unique identity in the “new thing” of 1960s jazz, died in his longtime home city … END_OF_DOCUMENT_TOKEN_TO_BE_REPLACED

Charnett Moffett, a bassist and composer whose virtuosity on both electric (often fretless) and acoustic instruments was matched by his versatility, died April 11 at … END_OF_DOCUMENT_TOKEN_TO_BE_REPLACED

Ron Miles, a cornetist, composer, and educator who became a revered and innovative figure in jazz while maintaining a career in the far-flung state of … END_OF_DOCUMENT_TOKEN_TO_BE_REPLACED