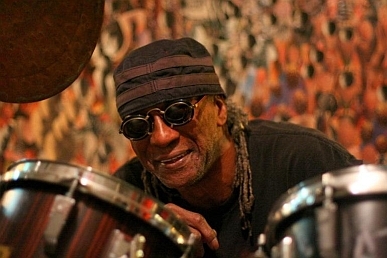 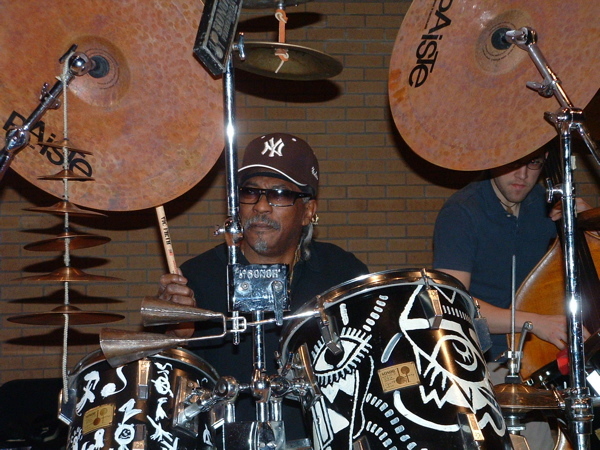 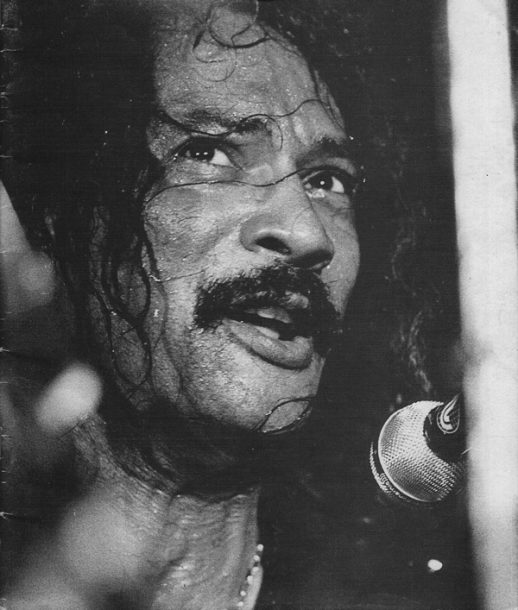 Ronald Shannon Jackson, a drummer and composer who worked largely within the realms of free jazz, funk and fusion, died Oct. 19, in Ft. Worth, Tex. Jackson’s passing was confirmed by his cousin, Tobi Hero, on Jackson’s Facebook page. Jackson was suffering from leukemia and had been living in a hospice. He was 73.

Jackson recorded more than 20 albums as a leader and served as a sideman with such pioneers of jazz’s avant-garde as Cecil Taylor, Ornette Coleman and Albert Ayler. (The drummer was in fact the only musician to work with all three.) Jackson’s band the Decoding Society, formed in 1979, incorporated contemporary elements such as rock, funk and dance and included, at various times, such now well-known players as Billy Bang, Byard Lancaster, Zane Massey, David Fiuczynski, Jef Lee Johnson, Melvin Gibbs, Robin Eubanks and Vernon Reid.

Jackson was born in Ft. Worth on Jan. 12, 1940. His mother was a church organist and singer while his father was the proprietor of Ft. Worth’s only black-owned record store. Shannon played drums in his school marching band and by 15 he was playing professionally. In college in Missouri, Jackson played with pianist John Hicks, trumpeter Lester Bowie and saxophonist Julius Hemphill, all fellow students. Jackson transferred to other schools and eventually received a full scholarship to study at New York University under trumpeter Kenny Dorham.

Once established in New York in 1966, Jackson’s career took off and he aligned in the late ’60s with several other top musicians, among them McCoy Tyner, Jackie McLean, Joe Henderson, Charles Mingus, Betty Carter and Stanley Turrentine. But his musical leanings veered increasingly toward the avant-garde, and he recorded with Ayler at the end of that decade. A heroin addiction sidelined Jackson for four years in the early ’70s, but upon becoming a Buddhist he kicked his habit. In 1975, Shannon joined Coleman’s group Prime Time and a few years later, Taylor’s outfit.

With the Decoding Society, Jackson began to make a name for himself as a leader, and the group’s albums, beginning with 1980’s Eye on You, were critical favorites. Decoding Society recorded more than 15 albums and toured under the auspices of the Voice of America, playing in more than 15 African countries and nine Asian countries.

Jackson kept the Decoding Society alive with a revolving membership into the ’90s, but nerve damage to his left arm slowed down his drumming output after the turn of the century, although he continued to compose. His string quartets and other compositions have been performed in Europe and the United States.

He returned to active playing in 2005 when he joined with trumpeter Wadada Leo Smith, pianist Vijay Iyer and double-bassist John Lindberg in the Golden Quartet. In 2011, Jackson, Reid and Melvin Gibbs formed a trio called Encryption; Jackson suffered a heart attack while on tour with the group but soon returned to playing.

Jackson was also an educator, giving seminars at Harvard and many other institutions, as well as abroad.

Meghan Stabile, an innovative jazz promoter, producer, organizer, curator, and advocate who proudly adopted the New York Times’ description of her as a “modern impresario,” … END_OF_DOCUMENT_TOKEN_TO_BE_REPLACED

Grachan Moncur III, a trombonist and composer who forged a unique identity in the “new thing” of 1960s jazz, died in his longtime home city … END_OF_DOCUMENT_TOKEN_TO_BE_REPLACED

Charnett Moffett, a bassist and composer whose virtuosity on both electric (often fretless) and acoustic instruments was matched by his versatility, died April 11 at … END_OF_DOCUMENT_TOKEN_TO_BE_REPLACED

Ron Miles, a cornetist, composer, and educator who became a revered and innovative figure in jazz while maintaining a career in the far-flung state of … END_OF_DOCUMENT_TOKEN_TO_BE_REPLACED