Skip to content
Become a member and get exclusive access to articles, live sessions and more!
Start Your Free Trial
Home > Features > Dr. Herb Wong—Jazz Critic, Educator and Historian—Dies at 88 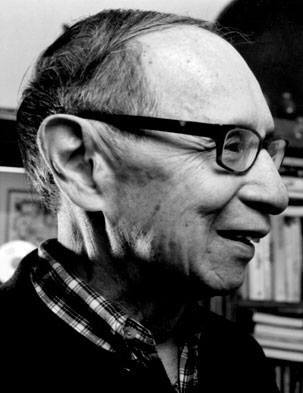 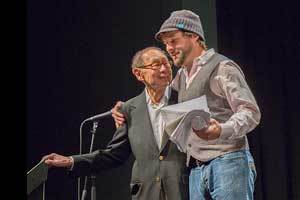 Dr. Herb Wong, a highly regarded jazz journalist, broadcaster, educator, historian and producer, died April 20 at his home in Menlo Park, Calif. The cause was cancer. Wong was 88.

Among his many accomplishments, Wong was the co-founder of the Palo Alto Jazz Alliance, producer of the Palo Alto Jazz Festival, host of the Jazz Perspectives radio program on the KJAZ radio station and the station’s longtime Director of Education and Music Industry Relations. He designed a jazz exhibit for the Smithsonian Institution, authored hundreds of liner notes for jazz recordings and produced albums for Black Hawk Records and Palo Alto Jazz Records, both of which he founded.

Herbert Wong was born in Oakland, Calif., on March 18, 1926, growing up there and in Stockton, Calif. He began playing classical piano at age 6 and first heard jazz at 10, immediately becoming obsessed with the music. Wong served in the Army during World War II and received his first radio experience during that time, with the Armed Forces Radio Service in postwar Tokyo. After returning to the Bay Area, Wong received bachelor and doctoral degrees in zoology from UC Berkeley and a master’s degree in science education from San Jose State. He later served as a teacher and faculty member for schools in California, including Palo Alto High School. Wong also taught 75 different courses in jazz history over a 25-year period at the Palo Alto Adult School.

In 1959, Wong began hosting his own jazz program on KJAZ, which he continued to host until 1996. During this time he wrote prolifically about jazz, penning liner notes, reviews and more.

Wong was also a president of the International Association for Jazz Education and was elected to the Jazz Education Hall of Fame. In 2013 he was awarded the Palo Alto Excellence Award in Jazz Education. He published several books on jazz and science.

Meghan Stabile, an innovative jazz promoter, producer, organizer, curator, and advocate who proudly adopted the New York Times’ description of her as a “modern impresario,” … END_OF_DOCUMENT_TOKEN_TO_BE_REPLACED

Grachan Moncur III, a trombonist and composer who forged a unique identity in the “new thing” of 1960s jazz, died in his longtime home city … END_OF_DOCUMENT_TOKEN_TO_BE_REPLACED

Charnett Moffett, a bassist and composer whose virtuosity on both electric (often fretless) and acoustic instruments was matched by his versatility, died April 11 at … END_OF_DOCUMENT_TOKEN_TO_BE_REPLACED

Ron Miles, a cornetist, composer, and educator who became a revered and innovative figure in jazz while maintaining a career in the far-flung state of … END_OF_DOCUMENT_TOKEN_TO_BE_REPLACED