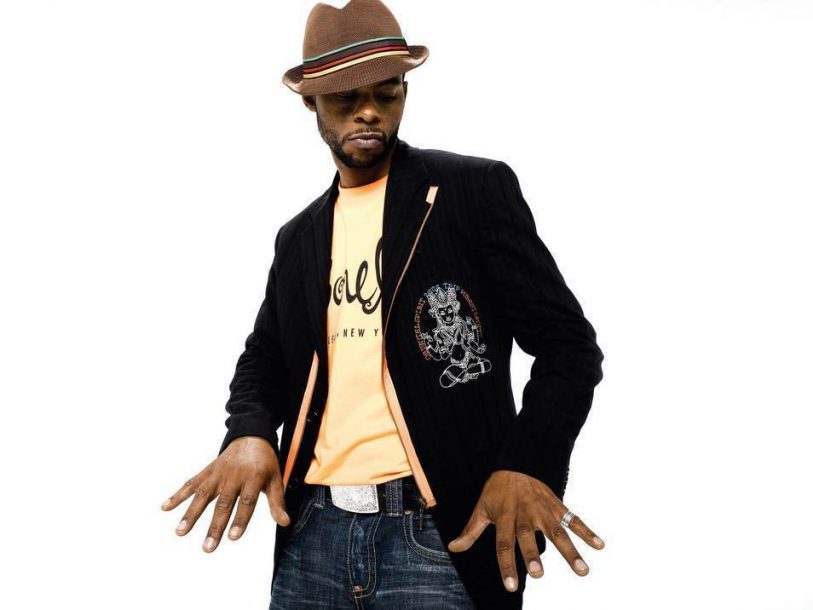 The last time keyboardist Marc Cary saw the legendary singer Abbey Lincoln was about two weeks before she passed in August of 2010. Toward the end of her life, while living in a hospice, Lincoln reportedly didn’t want visits from musicians, so Cary didn’t see her for about year before then. Battling Alzheimer’s, the 80-year-old Lincoln was surrounded by people when Cary came to see her, but as he remembers, “She didn’t know who anyone was.”

But a flash of cognizance struck her when Cary walked into the room. “She said, ‘Marc! We got a gig tonight!’ I almost cried,” Cary, 46, said in December, a half hour before a gig with his Focus Trio at Bohemian Caverns in his hometown of Washington, D.C. “She looked at me, then she looked around and said, ‘Marc, I’m not home, am I?’ From that moment on, she was as clear as she had ever been.”

That brief moment of recognition touched Cary deeply, and inspired him to make his new solo piano disc, For the Love of Abbey (available June 11 on Motéma), a moving love letter to one of his mentors, an icon he played with off and on for 12 years. On the album, Cary interprets some of Lincoln’s most cherished originals, including “Throw It Away,” “Conversation With a Baby,” “Should Have Been,” “Wholly Earth” and “The Music Is the Magic.”

One of the most interesting aspects of Cary’s new project is that it lacks vocals. Much of Lincoln’s artistic power came from her signature delivery, an attack that could underscore the most anodyne lyric with ferocity. But more important for Cary was Lincoln’s songwriting, which could move seamlessly from world-weariness to child-like optimism. “Her music, even without the lyrics, is so powerful,” he explains. “I really wanted to expose that, especially for those who have never heard her. A lot of people had mixed ideas about her singing, but to me everything came together through her compositions. Her compositions really described how she felt.”

Even though this was a solo outing, Cary says he wasn’t alone. “When I recorded [the disc], [Lincoln] visited me,” he reveals. “There was definitely a visitation. You can hear it in the phrasing of my playing; it’s almost as if she’s singing when I’m playing. That first record date actually freaked me out.”

Dissatisfied with his initial recording sessions in February 2012, he decided to re-record the entire project in May. The performances worked best when he went at the material off-the-cuff. “I didn’t really approach the piano before I started recording,” he says. “Oftentimes I prepare my chops weeks in advance. This time I didn’t approach it that way; I really wanted it to be about the song. I wanted to express myself as if it was the first time I’d ever played that music.”

The strategy certainly paid off. With Cary focusing heavily on the melodies before embarking on orchestral improvisations that often recall the glory of Randy Weston, For the Love of Abbey shimmers and soars. Such is the case with the vibrant reading of “The Music Is the Magic”; the haunting “When I’m Called Home,” distinguished by Cary’s jarring harmonies and halting approach to melody; and the stargazing “Conversation With a Baby,” where Cary articulates with miniature tremolos, suspenseful sustain-pedal work and, again, a conversational melodic sense that characterized Lincoln’s delivery.

Cary first started performing with Lincoln in 1995, six years after arriving in New York City from D.C. Even before he joined her band, he was entranced by her presence. Because both lived in the Sugar Hill district of Harlem, he would routinely see her leave her apartment and get inside a limousine. At the time, Cary was playing with drummer Art Taylor, who also lived in the neighborhood. After Taylor would rehearse the band, Lincoln would stop by. “I would always hang every time,” remembers Cary. “She would come over and talk about all the things that happened in the music.”

From there, Cary and Lincoln began a friendship. As he often did for Taylor, Cary would run errands for her. When pianist Rodney Kendrick decided to leave Lincoln’s band, he recommended Cary. Cary says that Lincoln imparted a lot of motherly wit to him and his bandmates regarding survival in the cutthroat music business. One especially valuable (and surprising) lesson dealt with availability. “Part of the etiquette with music is not always being available for people,” Cary explains. “I never missed her gigs, and she said, ‘You need to be busy sometimes.’ The bigger picture is that people knew that they could count on me, which was a good thing. But if they know that I’ll never waver and that I will always be there no matter what happens, sometimes they’ll take advantage of me. She told me that my money goes up when getting me gets a little harder.

“She [also] told me that you have to own what’s yours in every way, meaning that you’ve got to have the confidence when you sit down, and [be] in control of yourself as much as you can,” Cary adds. “The big thing that she gave me was a sense of pride in the history of this music and in the fact that I’m here playing this music.”

The following is an official statement from the family of the late Elvin Jones, received at the JazzTimes office earlier today, December 14. The family … END_OF_DOCUMENT_TOKEN_TO_BE_REPLACED

David Ornette Cherry, a multi-instrumentalist, composer, and poet who worked to merge the jazz tradition with classical and various African and world music traditions, died … END_OF_DOCUMENT_TOKEN_TO_BE_REPLACED

Mick Goodrick, a guitarist and teacher who was arguably the most influential guitar pedagogue in the history of jazz, died November 16 at his home … END_OF_DOCUMENT_TOKEN_TO_BE_REPLACED

Terry Woodson, a trombonist, arranger, librarian, copyist, conductor, and record producer, passed away on October 19. A graduate of the University of Tulsa, he joined … END_OF_DOCUMENT_TOKEN_TO_BE_REPLACED