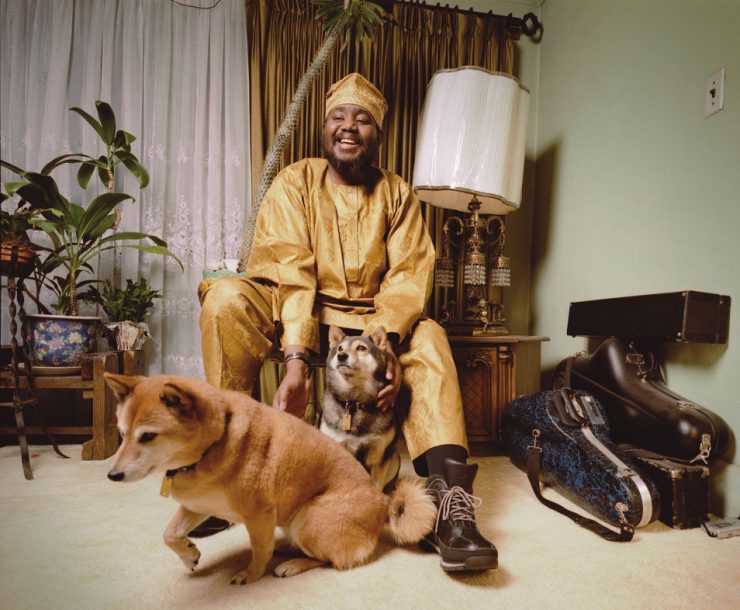 Saxophonist David S. Ware, about whom pianist Matthew Shipp once said, “There’s nobody in the world who has what David has,” died yesterday, Oct. 18, in New Brunswick, N.J., at age 62. Ware, considered one of the major innovators in the free jazz realm, had undergone a kidney transplant in 2009 and had been taking dialysis treatments for more than a decade.

David Spencer Ware was born in Plainfield, N.J., Nov. 7, 1949 and began playing saxophone at age 9. He later attended the Berklee College of Music and by the early ’70s, having been taught by Sonny Rollins and others, had established a reputation on the New York scene. He recorded his debut album as a leader, Third World Awareness, in 1971, and recorded and performed during that decade with pianist Cecil Taylor and drummer Andrew Cyrille. Among his gigs with Taylor was a heralded concert at Carnegie Hall.

Ware’s reputation as a notable bandleader grew in the late ’80s and he began to record prolifically during that decade. His quartet, formed in 1989 and featuring bassist William Parker and drummer Marc Edwards (later replaced by other drummers) was acknowledged as one of the most inventive within the free jazz niche. Ware also worked as a cab driver from 1981-95.

Branford Marsalis arranged a recording deal for Ware with Columbia Records in the late ’90s and he released numerous albums on independent labels in the 2000s. In addition to recording with his quartet and other bands, Ware released solo albums on the Aum Fidelity label. He dissolved the quartet in 2007. Ware’s most recent release was Planetary Unknown-Live at Jazzfestival Saalfelden 2011.

Ware was diagnosed with kidney disease in the 2000s and underwent a transplant after receiving a donor kidney as the result of an email plea.

Meghan Stabile, an innovative jazz promoter, producer, organizer, curator, and advocate who proudly adopted the New York Times’ description of her as a “modern impresario,” … END_OF_DOCUMENT_TOKEN_TO_BE_REPLACED

Grachan Moncur III, a trombonist and composer who forged a unique identity in the “new thing” of 1960s jazz, died in his longtime home city … END_OF_DOCUMENT_TOKEN_TO_BE_REPLACED

Charnett Moffett, a bassist and composer whose virtuosity on both electric (often fretless) and acoustic instruments was matched by his versatility, died April 11 at … END_OF_DOCUMENT_TOKEN_TO_BE_REPLACED

Ron Miles, a cornetist, composer, and educator who became a revered and innovative figure in jazz while maintaining a career in the far-flung state of … END_OF_DOCUMENT_TOKEN_TO_BE_REPLACED