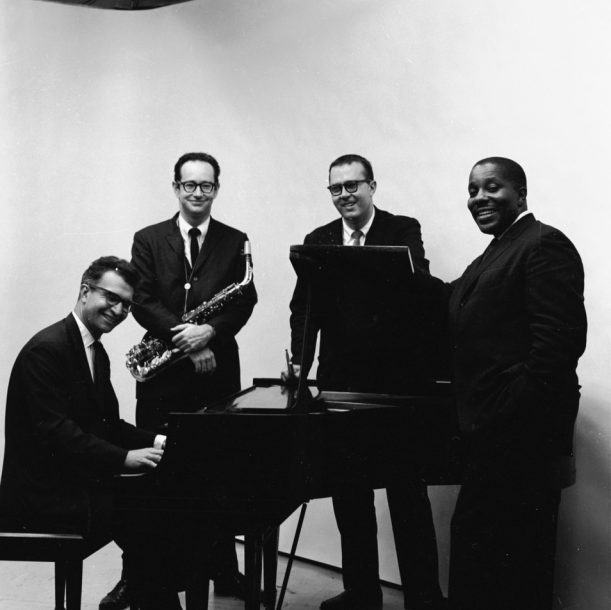 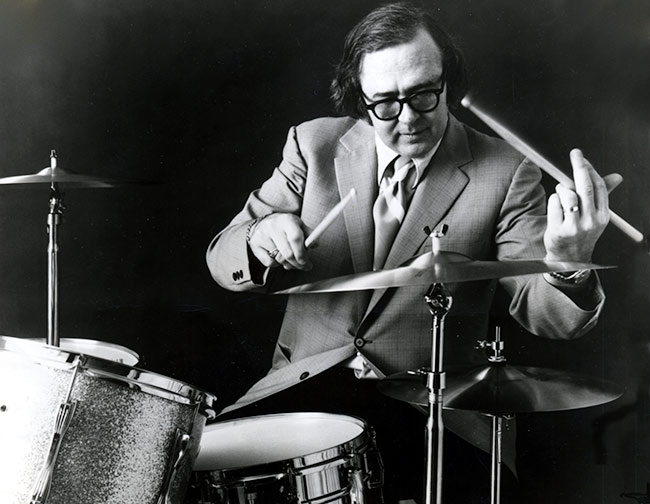 The first thing that comes to mind in thinking about Joe is that he was the greatest drummer in the world. He had students and people that he taught who were in awe of him. His drum solos were musical. Most people don’t realize that when he was 12 years old he played a violin concerto with the Boston Philharmonic. That’s what made him so aware musically of what was going on. I did a lot of things with symphony orchestras all across the country and in Europe, and Joe was the perfect jazz drummer to play classical music too. He understood it better than most people in jazz. He was just beyond most drummers.

I first met Joe when he was playing with Marian McPartland at the Hickory House on 52nd Street. I just knew right away that this guy was fantastic, even though Marian didn’t feature him in her trio. Later on she went to England for some reason and Joe was left with very little to do until she got back. That’s when I talked to him. I said, “Well, until she gets back maybe you would want to play with my trio?” And Joe said, “You know, Dave, I would go with you, but only if you feature me.” And I said, “Fine, let’s try it out this way and see what happens.” And when Marian returned she understood that it was a good move for Joe to make. She understood thoroughly that Joe should be featured more. And, of course, I featured him in my group for more than 10 years.

The first night that Joe joined my group I gave him a featured drum solo on a certain tune, and Paul Desmond said, “Either he goes or I go.” I said, “Paul, he’s not going.” So there was always a certain tension between Joe and Paul early on, because up until then Paul was the only featured player in my group. And it took years for them to really be the wonderful partners that they ended up being. It was beautiful what they did. They were able to work out the creative tension they had and, in fact, I would say that Joe became Paul’s best friend in his life.

Joe’s eyesight was already failing when he joined the band. He was considered legally blind, and it got much worse later. But he wouldn’t do what all of us and his doctors wanted him to do, which was to have the cataracts removed. I was trying to get him to go to the doctor and do something about his eyes. One time, I even brought him to the doctor’s building where they were going to do the operation. He took the elevator up to the doctor’s floor and pretty quick he was back downstairs. He said to me, “Let’s go, Dave. Let’s get out of here.” And I argued with him. I said, “You ought to have that operation.” But Joe told me, “I had 15 operations on my eyes when I was a kid and I just can’t take it anymore. I’m not going through it again. I’d rather just be like I am.” And I said, “If that’s the way you feel, Joe … sure, we’ll get outta here.”

We had a lot of good times playing together and there was a shared understanding, an appreciation of what we were both trying to do. That band stayed together for over a decade, and in jazz there’s hardly any other group that stayed together that long. It was like a marriage, in many ways. And it was very, very interesting to hear this album that has just come out [Their Last Time Out: The Unreleased Live Concert, December 26, 1967 on Columbia/Legacy]. I had told the members of the quartet that I would be retiring at the end of 1967 to focus on composing and being with my family. That was basically true at the time, even though I was back on the road again with a new group four months later. But listening to this album now all these years later, I can hear how special that night was. My wife, who has heard us for so many years-we’ve been married for 69 years and she always followed what was going on with my group-says that we’re all playing at the top of our form. Joe in particular sounds so great on his featured piece, “For Drummers Only.”

I have another fond memory of Joe. There was a day in New York at a place called Manny’s Drum Shop on 48th Street, and Joe and Buddy Rich were challenging each other: One guy would play a lick and the other one would play it faster, and so on. And they went at this all afternoon in a very friendly, wonderful way. I felt privileged to be there.

The following is an official statement from the family of the late Elvin Jones, received at the JazzTimes office earlier today, December 14. The family … END_OF_DOCUMENT_TOKEN_TO_BE_REPLACED

David Ornette Cherry, a multi-instrumentalist, composer, and poet who worked to merge the jazz tradition with classical and various African and world music traditions, died … END_OF_DOCUMENT_TOKEN_TO_BE_REPLACED

Mick Goodrick, a guitarist and teacher who was arguably the most influential guitar pedagogue in the history of jazz, died November 16 at his home … END_OF_DOCUMENT_TOKEN_TO_BE_REPLACED

Terry Woodson, a trombonist, arranger, librarian, copyist, conductor, and record producer, passed away on October 19. A graduate of the University of Tulsa, he joined … END_OF_DOCUMENT_TOKEN_TO_BE_REPLACED