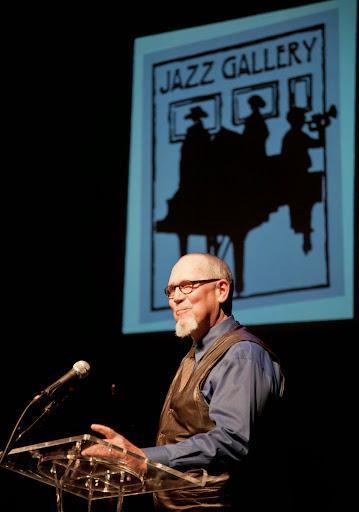 Dale Fitzgerald, co-founder and, until 2009, executive director of New York’s Jazz Gallery, died March 20 in the Bronx, N.Y., after a long struggle with cancer. He was 72.

Dale Kelley Fitzgerald was born on December 23, 1942 in Wakefield, R.I., and received his undergraduate degree from Wesleyan University. According to a statement circulated after his death, Fitzgerald earned a Ph.D in anthropology in 1976 at the University of California, Berkeley, and taught Cultural Anthropology at Brown University, the New School For Social Research and Lehman College. After leaving academia, Fitzgerald took a job washing dishes at the Village Vanguard.

“He started a business moving fine art and antiques, and managed several musicians, including the tenor saxophonists Pharaoh Sanders and Nick ‘Big Nick’ Nicholas,” says the statement, and in 1988, he began a 26-year business relationship with trumpeter Roy Hargrove as his business manager, along with business partner Larry Clothier. In 1992, Fitzgerald leased a practice and rehearsal space for Hargrove at 290 Hudson Street in the southwest corner of Greenwich Village. Fitzgerald, Hargrove and Lezlie Harrison launched the Jazz Gallery there in 1995.

Meghan Stabile, an innovative jazz promoter, producer, organizer, curator, and advocate who proudly adopted the New York Times’ description of her as a “modern impresario,” … END_OF_DOCUMENT_TOKEN_TO_BE_REPLACED

Grachan Moncur III, a trombonist and composer who forged a unique identity in the “new thing” of 1960s jazz, died in his longtime home city … END_OF_DOCUMENT_TOKEN_TO_BE_REPLACED

Charnett Moffett, a bassist and composer whose virtuosity on both electric (often fretless) and acoustic instruments was matched by his versatility, died April 11 at … END_OF_DOCUMENT_TOKEN_TO_BE_REPLACED

Ron Miles, a cornetist, composer, and educator who became a revered and innovative figure in jazz while maintaining a career in the far-flung state of … END_OF_DOCUMENT_TOKEN_TO_BE_REPLACED