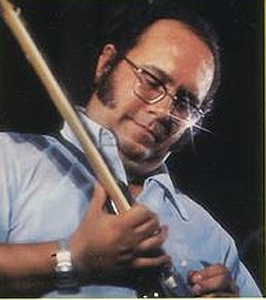 Guitarist Carlos Emilio Morales, a co-founder of the famed Cuban band Irakere, which won a Best Latin Recording Grammy in 1980, died Nov. 12 at age 75, in Havana. The cause of death was not reported.

Morales was born in Marianao, Cuba, on Nov. 6, 1939. He studied classical guitar beginning at age 12, influenced by Mexican and Latin guitarists and, later, pioneering jazz guitarists such as Django Reinhardt and Wes Montgomery. Nicknamed “El Gordo,” Morales attended medical school but as he found work playing music in the late 1950s he turned professional, joining the Teatro Musical de La Habana, where he worked with classical guitarist Leo Brouwer.

In an email, D’Rivera stated, “‘El Gordo’s unique style of playing has influenced not only other guitarists, but also many other instrumentalists of various generations of Cuban musicians. A most beloved friend among his peers, it’s amazing how such a timid and humble man that he was could have such a tremendous impact on our lives as musicians.”

Meghan Stabile, an innovative jazz promoter, producer, organizer, curator, and advocate who proudly adopted the New York Times’ description of her as a “modern impresario,” … END_OF_DOCUMENT_TOKEN_TO_BE_REPLACED

Grachan Moncur III, a trombonist and composer who forged a unique identity in the “new thing” of 1960s jazz, died in his longtime home city … END_OF_DOCUMENT_TOKEN_TO_BE_REPLACED

Charnett Moffett, a bassist and composer whose virtuosity on both electric (often fretless) and acoustic instruments was matched by his versatility, died April 11 at … END_OF_DOCUMENT_TOKEN_TO_BE_REPLACED

Ron Miles, a cornetist, composer, and educator who became a revered and innovative figure in jazz while maintaining a career in the far-flung state of … END_OF_DOCUMENT_TOKEN_TO_BE_REPLACED