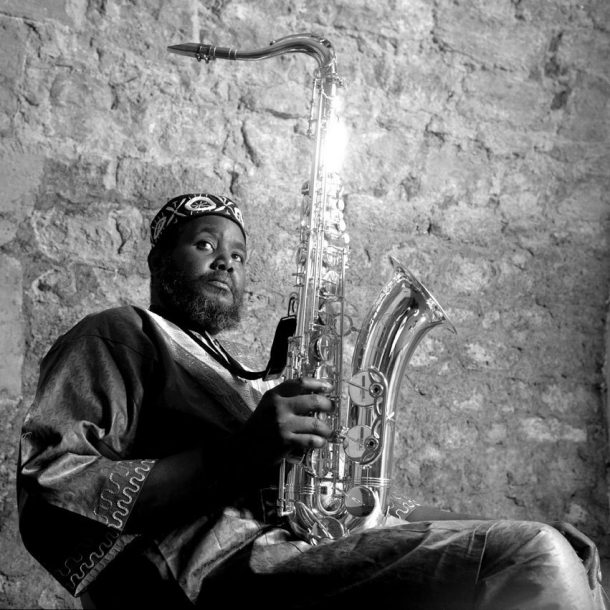 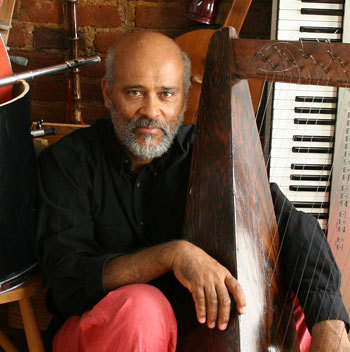 An IRS agent came to our house in Boston to interrogate us about why we had not paid Lyndon B. Johnson’s Vietnam War excise tax on our phone bill. It only came to about 12 dollars, so we figured it wasn’t about collecting the tax but more about harassing and spying on us. The trench-coated interloper stood over the kitchen table as my wife and children and I ate our soybeans, rice and collard greens. But he kept turning around and looking toward David’s shut door. You see, DD (as his friends and family called him) would come home from driving his cab, and the first thing he’d do is put on Albert Ayler’s Bells before fixing his own dinner.

You could see that the agent was having a very difficult time of it, between our antiwar resistance rap and Albert blowing. Then David put on Ayler’s Ghosts LP and turned it up real loud. I think it was the “Holy Spirit” track that did it. The agent looked over at the door and got mad and burst out, “If you don’t want to pay your taxes, why don’t you just leave the country!?” That’s when he was asked to take his trench coat-, wingtip shoe-wearing self out of our house. Later, when I told David what had happened, never looking up, he chuckled, “Um hmm. I know, I know.”

If you ever attended a performance by David S. Ware, you didn’t hear much talk from him. And he rarely smiled or laughed onstage. “I don’t have to talk to them,” he’d say. “I’m not here to laugh and joke with the people. Let those other cats do that. I’m about doing what I do, playing my horn. Maybe people think it’s about the audience, but for me it’s not about that. It’s about the music. It’s all about the music.”

Still, he was kind. In the last extended phone conversation that we had, I expressed my frustration with a particular musician on the scene. And from his hospital bed he said, “He’s young, man. And he came here alone. And you know what? We didn’t come to New York alone. We came here with family and friends and with other musicians, and we had a place down on Canal Street where we lived and rehearsed and performed and recorded and hung out with each other. And we became an energy where others wanted to hang out with us and share in our thing. We knew who we were. And even back then we knew our place in the history of this music. So don’t be so hard on the brother.”

Also from that last extended conversation:

C-M: DD, you’ve been meditating over 40 years. I know you’ve been time tripping and traveling to lots of places in your mind this past year since you’ve been laid up.

DSW: Yeah, man. I’ve been as far as I could go in this life, this time around.

DSW: Nothing. There’s nothing there.

But David really was an optimist, a spiritual man for whom life was a journey rich and becoming. UPS delivered a package to his home in Jersey just days before he passed. He ordered it the week before. His wife, Setsuko, brought it to the hospital. He opened it. Inside was a Buffet clarinet. He put it together, held it in his hands, fingered the keys and smiled. At their house later that same week, Setsuko said, “Look in the other room.” There stood a brand new set of conga drums he had just bought online.

I’ll always love you, DD, and hope to come back with you to get it right.

The following is an official statement from the family of the late Elvin Jones, received at the JazzTimes office earlier today, December 14. The family … END_OF_DOCUMENT_TOKEN_TO_BE_REPLACED

David Ornette Cherry, a multi-instrumentalist, composer, and poet who worked to merge the jazz tradition with classical and various African and world music traditions, died … END_OF_DOCUMENT_TOKEN_TO_BE_REPLACED

Mick Goodrick, a guitarist and teacher who was arguably the most influential guitar pedagogue in the history of jazz, died November 16 at his home … END_OF_DOCUMENT_TOKEN_TO_BE_REPLACED

Terry Woodson, a trombonist, arranger, librarian, copyist, conductor, and record producer, passed away on October 19. A graduate of the University of Tulsa, he joined … END_OF_DOCUMENT_TOKEN_TO_BE_REPLACED