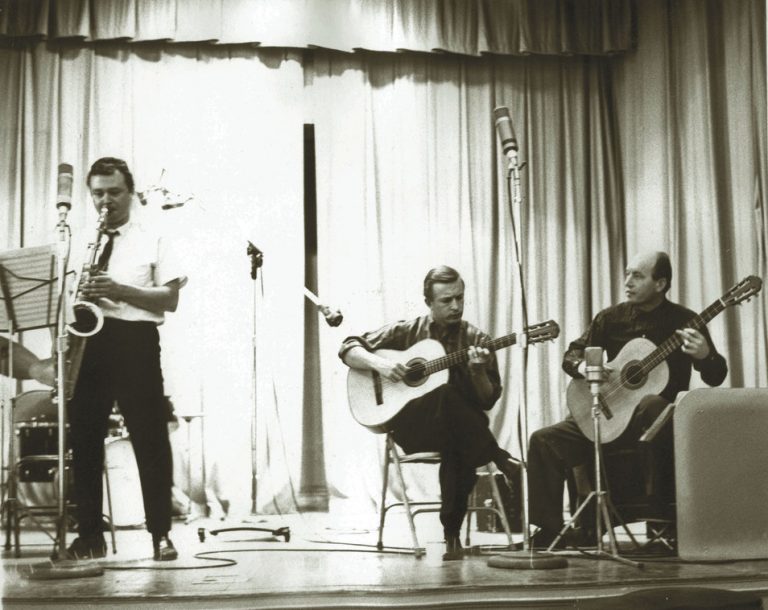 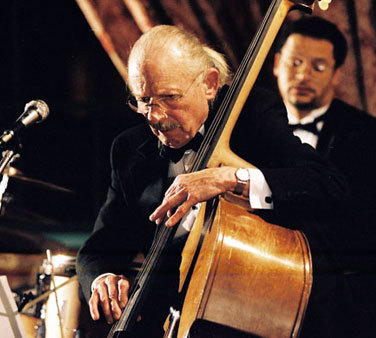 Joe Byrd was a very savvy, well-read Southern gentleman whose musicianship placed him in a professional universe that I’m sure he never imagined as a boy growing up in the tiny town of Chuckatuck, Virginia. Joe spent most of his career as bassist with his brother Charlie Byrd’s trio and was as at ease as anyone I’ve ever known in any setting. Always dapper and polite, he was perfectly comfortable at a dinner at the U.S. Ambassador’s home in South Korea, onstage at Carnegie Hall or hanging out with old friends and family. Among Joe’s longtime friends were Barney Kessel and Herb Ellis. Joe and I accompanied Herb, Barney and Charlie on many “Great Guitars” tours. Drawing on Joe’s quiet wisdom, we all often asked him to answer questions on a wide range of topics from the mundane to the profound. We eventually joked that Joe should have his own television show: Joe Knows.

I hit the road with Joe and Charlie in 1980 when I was 21. Joe had been touring the globe and recording with the Charlie Byrd Trio for almost two decades at that point, but he never assertively tried to show me the ropes or offer unsolicited advice. Joe would, however, communicate his wisdom with a glance, an offhand comment or quip. I’d like to think I learned a lot from those little moments. He had the quintessential bass player’s personality. He observed everything and everybody, mostly kept his opinions to himself and did his best to help things go smoothly both socially and musically.

About his playing he always said, “I just do what I do,” but his accomplishments didn’t always hide in the shadow of his humility or his well-known brother. Barney Kessel told me how impressed he was by Joe’s big, beautiful sound the first time he heard the trio in the ’60s in San Francisco. Joe once quietly told me that Sergio Mendes offered him a job just before he formed Brazil 66. Joe chose to stay with Charlie’s already successful group. He was perfectly happy being an accompanist for most of his life, and when he eventually began to lead groups (encouraged by his wife Elana) near his home in Annapolis, Md., and in D.C., he would mostly feature the other members of the group. Joe did shine when he sang in his naturally blues-drenched Southern style that would invariably charm every audience.

Joe Byrd was something like an uncle to me. He was also kind of a big brother. I feel very fortunate to have spent so many years working with this gentle, intelligent, funny and humble musician.

Meghan Stabile, an innovative jazz promoter, producer, organizer, curator, and advocate who proudly adopted the New York Times’ description of her as a “modern impresario,” … END_OF_DOCUMENT_TOKEN_TO_BE_REPLACED

Grachan Moncur III, a trombonist and composer who forged a unique identity in the “new thing” of 1960s jazz, died in his longtime home city … END_OF_DOCUMENT_TOKEN_TO_BE_REPLACED

Charnett Moffett, a bassist and composer whose virtuosity on both electric (often fretless) and acoustic instruments was matched by his versatility, died April 11 at … END_OF_DOCUMENT_TOKEN_TO_BE_REPLACED

Ron Miles, a cornetist, composer, and educator who became a revered and innovative figure in jazz while maintaining a career in the far-flung state of … END_OF_DOCUMENT_TOKEN_TO_BE_REPLACED