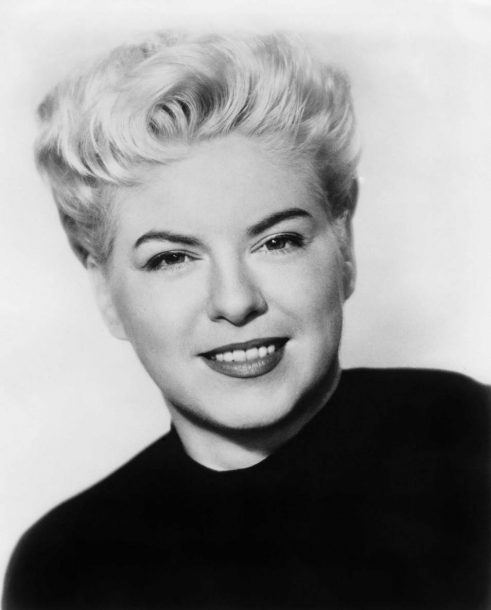 Yogi Berra humorously suggested, “When you come to a fork in the road, take it.” I met Chris Connor at just such a crossroads and she helped me choose my direction. Our connection wasn’t a face-time, personal mentorship-the kind I later developed with heroes Etta Jones, Mark Murphy and Sheila Jordan-but it was distinctly real and important.

It was 1976 and I had moved back home to the Bay Area after playing rhythm guitar and singing with an alternative/Western swing group around the Boston area at night while attending Harvard by day. I was leading a double life and it was causing me considerable psychic confusion. On the surface I was simply taking a year off, but it was much bigger than that. Music was undeniably becoming my life path, but the genres I had explored were not my future. I craved a more sophisticated direction.

I got an apartment in the heart of café-and-club-filled North Beach and took a part-time job nearby at Recycled Records. The biggest perk of the minimum-wage gig was the shop’s liberal staff-lending policy. We could borrow all the sides we wanted. I was a kid in an ear-candy store, lapping up everything from Coltrane to Django to Keith Jarrett.

One evening I took home an armload of jazz vocalists, among them Chris Connor in Person, recorded live at the Village Vanguard in 1959. I popped it on the turntable, placed the needle on the vinyl and was stunned.

My parents had turned us on to studio recordings of Sassy, Sinatra, Billy Eckstine and Ella at family dinners. While I loved them madly, I never connected the dots from those big-band, lushly orchestrated settings and powerfully trained voices to myself. Now, here was a sound more like mine. It resonated intensely.

Connors’ intimate, cellolike timbre, innocent yet worldly persona, unmannered elasticity, crystalline diction and judicious use of vibrato spoke volumes to me. Loose yet highly controlled, she was an effortless improviser, displacing melodies over bar lines to the tipping point, altering them to fit the next chord, embroidering lyrics, taking bold chances and landing on her feet. I had never heard a singer stretch out like this.

Another thing struck me. This was a live album: a raw recording of a singer standing in front of a mic in a small club, supported simply by a jazz quartet. It showed a very different side of jazz singing than the polished, highly produced studio projects I had heard. Granted, it was a different style of music, but this small-group, in-the-moment sound connected directly to what I was doing at gigs-an awakening.

I didn’t know anything about Connor’s personal history: her early years playing clarinet, her distaste for slogging on the road with Claude Thornhill and Stan Kenton, the struggle with alcohol that she ultimately won, her devoted 45-year same-sex partnership with her manager. These things I didn’t become aware of until I read her obituaries.

For me it was all about her music. Of course, I realized soon afterward that Connor belonged to an elite club of improvisational geniuses like Anita O’Day, Carmen McRae, Joe Williams and Betty Carter. But that evening, hearing Connor on my turntable laying it down in front of a small audience, officially began my major musical paradigm shift.

As I look back on it, it was she who nudged me to take my first steps toward jazz on Berra’s “fork in the road.” It’s probably no coincidence that my first CD, released about 12 years later, was recorded live in a small club. And for this profound inspiration, I am eternally grateful. Thank you, Ms. Connor.

Meghan Stabile, an innovative jazz promoter, producer, organizer, curator, and advocate who proudly adopted the New York Times’ description of her as a “modern impresario,” … END_OF_DOCUMENT_TOKEN_TO_BE_REPLACED

Grachan Moncur III, a trombonist and composer who forged a unique identity in the “new thing” of 1960s jazz, died in his longtime home city … END_OF_DOCUMENT_TOKEN_TO_BE_REPLACED

Charnett Moffett, a bassist and composer whose virtuosity on both electric (often fretless) and acoustic instruments was matched by his versatility, died April 11 at … END_OF_DOCUMENT_TOKEN_TO_BE_REPLACED

Ron Miles, a cornetist, composer, and educator who became a revered and innovative figure in jazz while maintaining a career in the far-flung state of … END_OF_DOCUMENT_TOKEN_TO_BE_REPLACED