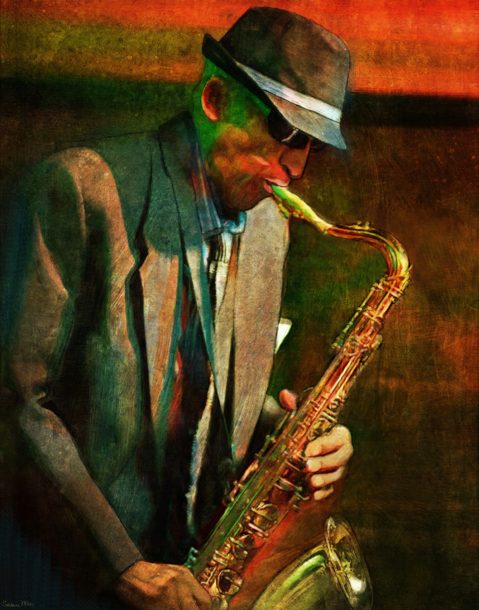 I first met Von Freeman on July 17, 1949 in Chicago. At first glance I didn’t know who he was, what he had accomplished or, more important, what he would eventually mean to so many people. In the years to come I would listen to him practice for hours upon hours, still not realizing how original his sound was or what great distance his artistry would travel. In fact, it wouldn’t be until August of 2012, listening to the testimonials at his memorial in Chicago, that I’d truly comprehend the scope of his influence on musicians and non-musicians alike.

Von Freeman was the architect of a sound that was at once a painful cry and a joyful shout. His sound reached deep inside one’s soul and attempted to communicate in the deep recesses of one’s spirit. It originated from the well of experiences, suffering and happiness that he lived and witnessed, and was inspired by the emotions and lives of his own heroes’ trials and tribulations. In his sound and phrasing you could hear the complete history of the saxophone in jazz. He took that complete expression to new heights and fashioned it into his own original exclamation.

Jerry Granelli, a jazz drummer and educator noted for his power and sensitivity both at and away from the drum kit, died July 20 at … END_OF_DOCUMENT_TOKEN_TO_BE_REPLACED

Juini Booth, a versatile and widely heralded bassist who worked with a vast swath of jazz artists over a career of nearly 60 years, died … END_OF_DOCUMENT_TOKEN_TO_BE_REPLACED

Rick Laird, the Irish bassist whose work with the Mahavishnu Orchestra in the early 1970s helped to define jazz fusion, died on July 4. No … END_OF_DOCUMENT_TOKEN_TO_BE_REPLACED

Burton Greene, an innovative and experimental pianist who helped to reconceive his instrument in the era of the avant-garde, died June 28 at his home … END_OF_DOCUMENT_TOKEN_TO_BE_REPLACED