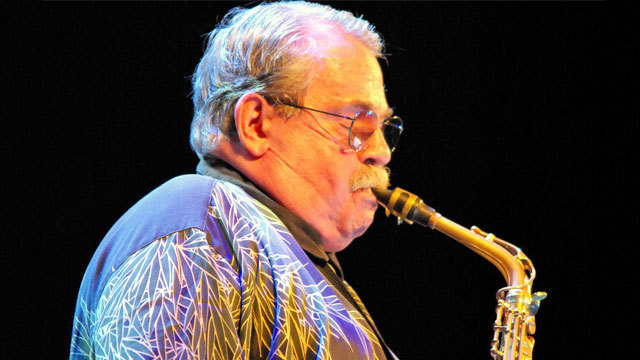 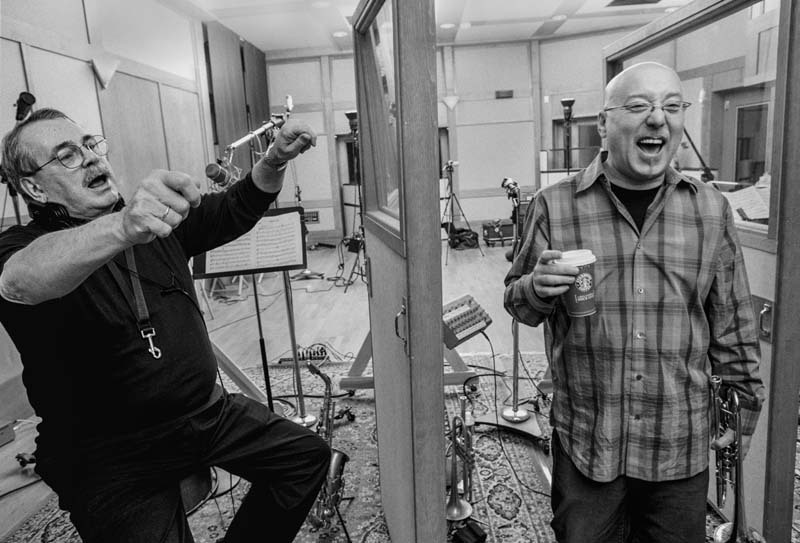 I have never played with a greater musician than Phil Woods. Phil personified what it means to be a complete musician, and exemplified the way that jazz musicians can fully inhabit that ideal. All aspects of his musicality were developed to the extent that each individual talent could have stood alone as the basis of a distinguished career. He was a composer and arranger, not just as a means to frame his own playing but as a maker of works-fully realized and extended ones, in settings ranging from small ensemble to big band to chamber and choral music.

His acuity as an instrumentalist was astonishing. The virtuosity, beauty and consistency of this grandmaster never failed to awe and thrill me, all the way to the very end. And as an improviser, jazz soloist and expressive artist he was beyond category. Phil nailed the number-one goal of musical artistry-to have an individual voice, recognizable in one gorgeous and expressive note. Phil was it! He had everything that makes the jazz master the highest form of musical achievement.

It was exhilarating, challenging and tremendously rewarding to be able to play with him for almost a quarter-century in the frontline of the Phil Woods Quintet. You’d think that playing melodies alongside and matching solos with such a demanding master might sometimes be nerve-racking, but it never was. Phil had the sort of brilliance that endowed you with his light rather than blinding you. It was a gas to be on the bandstand or in the recording studio with him. It could be a little high-pressure in the studio, due to the man’s ability to deliver an iconic performance at will-whether you were ready or not-but that was the best kind of pressure.

The quintet was composed of players able to deal at the rarefied skill level that Phil demanded. On a number of record dates, including some of our best sessions, the group assembled in the studio with all new and unfamiliar music by Phil and other band members, and cut the tracks on first sight of the music-often without even a run-through before recording. Phil was not into taking more time than needed on a record date, a lesson he learned during his years as a first-call New York City studio ace. Comments in the studio after a first take were often along the lines of, “It’s a tune, not a career!” or, “Let’s get going here-I’m double-parked!” You had to bring your “A” game to the first take. It was such a tremendous gift to my musicianship to have my skills stretched in such a rewarding way!

I miss this wonderful human being very much. For me he was warm, wise, funny and caring. I so enjoyed hanging out with him and talking about all kinds of things, but especially about the music and musicians we both loved. Every day of my life continues to be shaped by the incomparable experience of knowing Phil Woods as mentor, leader, collaborator and friend.

I love you, Phil!

Meghan Stabile, an innovative jazz promoter, producer, organizer, curator, and advocate who proudly adopted the New York Times’ description of her as a “modern impresario,” … END_OF_DOCUMENT_TOKEN_TO_BE_REPLACED

Grachan Moncur III, a trombonist and composer who forged a unique identity in the “new thing” of 1960s jazz, died in his longtime home city … END_OF_DOCUMENT_TOKEN_TO_BE_REPLACED

Charnett Moffett, a bassist and composer whose virtuosity on both electric (often fretless) and acoustic instruments was matched by his versatility, died April 11 at … END_OF_DOCUMENT_TOKEN_TO_BE_REPLACED

Ron Miles, a cornetist, composer, and educator who became a revered and innovative figure in jazz while maintaining a career in the far-flung state of … END_OF_DOCUMENT_TOKEN_TO_BE_REPLACED