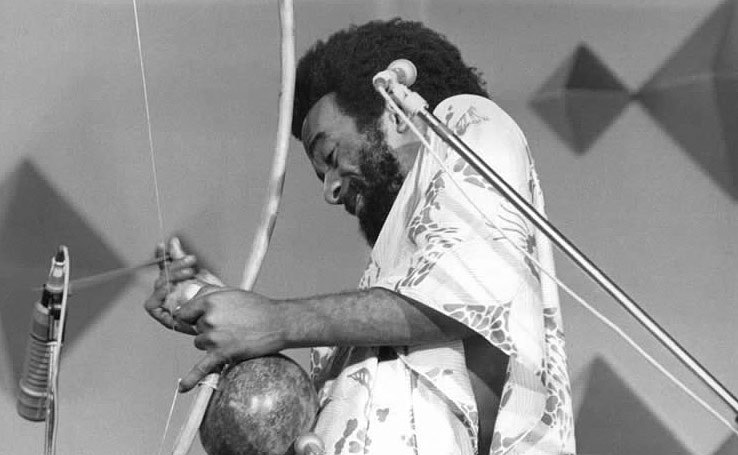 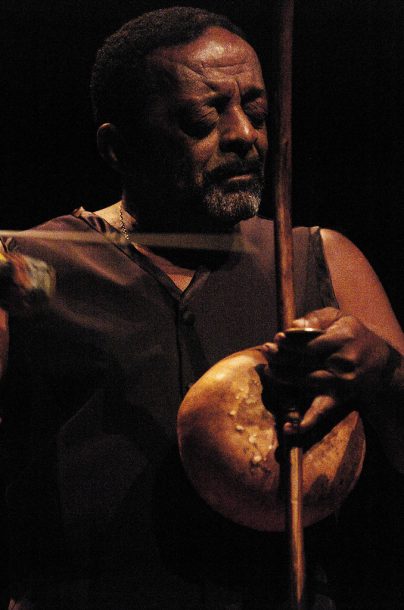 Naná Vasconcelos, the renowned Brazilian percussionist and vocalist known for his expertise on the berimbau-an African-originated instrument shaped like a bow-died in Recife, Brazil, March 9. The cause was lung cancer, according to reports in several Brazilian publications. Vasconcelos, who had been hospitalized for nine days prior to passing, was 71.

Vasconcelos was perhaps best known for his contributions to recordings by Pat Metheny, Egberto Gismonti, Don Cherry and Gato Barbieri, but he was also a prolific leader, having released more than two dozen albums under his own name beginning in the early ’70s.

Born Juvenal de Holanda Vasconcelos in Recife, on August 2, 1944, the musician who took on the nickname Naná began playing behind his guitarist father at age 12. An adaptive musician from his early days, Vasconcelos performed with small groups and orchestras, earning his first major placement when he was hired to work with vocalist Milton Nascimento. In 1970 Vasconcelos joined saxophonist Gato Barbieri’s band, recording on the latter’s Fenix and El Pampero albums. Later in that decade he worked alongside American trumpeter/composer Jon Hassell and in the group Codona, with trumpeter Don Cherry and percussionist/sitarist Collin Walcott. Codona released three albums with ECM Records between 1978 and 1982. The ’70s also found Vasconcelos contributing to recordings by Cherry, saxophonist Jan Garbarek, Brazilian guitarist/flutist Gismonti and others. He also worked on film soundtracks during this period and later, including Desperately Seeking Susan and Down by Law, and contributed as a sideman to recordings by B.B. King, Talking Heads, Jean Luc-Ponty to and others.

In 1981, Vasconcelos began an alliance with guitarist Metheny, which led to the Brazilian contributing to the latter’s 1981 As Falls Wichita, So Falls Wichita Falls, 1982 Offramp and 1983 Travels albums. Never solely a studio musician, Vasconcelos also played live in numerous situations throughout these years and later in his career. In Brazil he could be seen annually playing during the Recife Carnival (often accompanied by hundreds of drummers) and he toured internationally.

As a leader, Vasconcelos began releasing recordings in the early ’70s. His first, Africadeus, was recorded in 1973 while Vasconcelos lived in Paris. Saudades, from 1979, was an ECM recording featuring Gismonti on guitar and the Stuttgart Radio Symphony Orchestra. His 2011 release Sinfonia & Batuques, won the Latin Grammy for Best Alternative Music Album, one of several Grammy-winning albums that featured Vasconcelos.

Meghan Stabile, an innovative jazz promoter, producer, organizer, curator, and advocate who proudly adopted the New York Times’ description of her as a “modern impresario,” … END_OF_DOCUMENT_TOKEN_TO_BE_REPLACED

Grachan Moncur III, a trombonist and composer who forged a unique identity in the “new thing” of 1960s jazz, died in his longtime home city … END_OF_DOCUMENT_TOKEN_TO_BE_REPLACED

Charnett Moffett, a bassist and composer whose virtuosity on both electric (often fretless) and acoustic instruments was matched by his versatility, died April 11 at … END_OF_DOCUMENT_TOKEN_TO_BE_REPLACED

Ron Miles, a cornetist, composer, and educator who became a revered and innovative figure in jazz while maintaining a career in the far-flung state of … END_OF_DOCUMENT_TOKEN_TO_BE_REPLACED