Skip to content
Become a member and get exclusive access to articles, live sessions and more!
Start Your Free Trial
Home > Features > Bobby Hutcherson Dies at 75 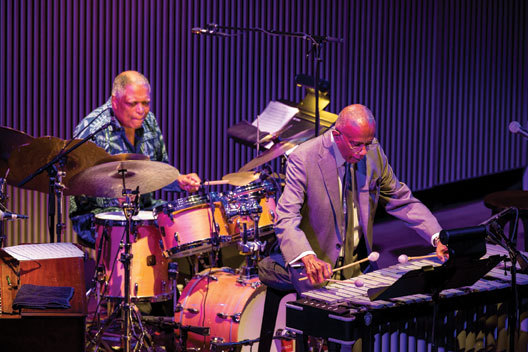 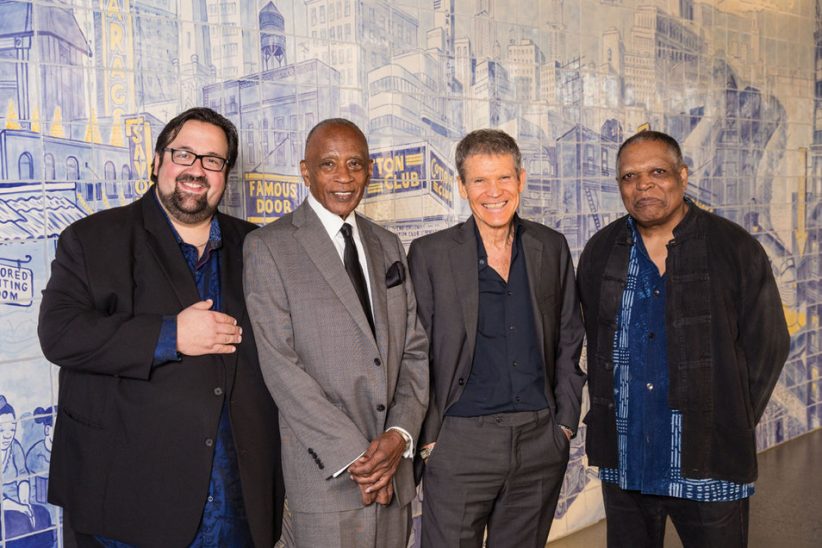 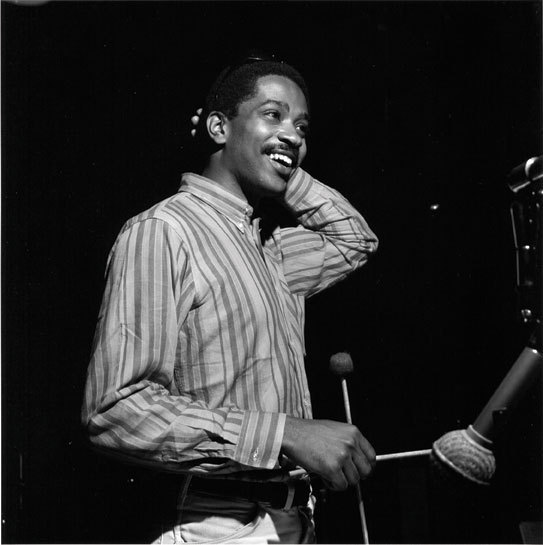 Bobby Hutcherson, one of the most important vibraphonists in jazz history, and a musician-composer who helped define the more interactive and exploratory nature of postbop in the 1960s, died at his home in Montara, Calif., on Aug. 15, after a long battle with emphysema, according to a representative of his family.

With peers like saxophonists Eric Dolphy and Jackie McLean, trumpeter Freddie Hubbard, pianist Andrew Hill and drummer Joe Chambers, Hutcherson was essential to the loosening of bop and hard-bop tropes that occurred during the early and mid-1960s, appearing on and composing for a series of canonical albums, most released via the Blue Note label. On two of his essential early leader recordings, 1965’s Dialogue and Components, one can hear the burgeoning avant-garde influencing fantastic bop-based musicianship: the artful expansion of blues, Latin and other familiar forms; the more communicative and egalitarian group dynamic; the willingness to leave harmonic and melodic tension unresolved.

As a soloist Hutcherson’s lines were full of melodic surprise and harmonic daring, but his contribution to the jazz language was also textural and ensemble-driven: Playing with four mallets, two in each hand, he offered roiling tremolos or spare punctuations that filled out a misterioso atmosphere while also guiding a tune’s shape. Within his coterie of likeminded young postboppers, musicians were generous with their compositions and democratic in their aesthetics, so much so that their output seemed to challenge the very concept of “leader” recordings. (For example, Components includes one of Hutcherson’s most often-covered compositions, “Little B’s Poem,” but half of the album was composed by Chambers.) In the annals of Blue Note history, which is also in many ways jazz history, Hutcherson’s contributions cannot be overvalued, on LPs like Dolphy’s inside-outside masterpiece Out to Lunch!, Joe Henderson’s Mode for Joe and McLean’s Destination … Out!.

Born in Los Angeles in 1941, Hutcherson, the son of a bricklayer, took piano lessons as a kid but became interested in the vibraphone after hearing a Milt Jackson recording, according to the New York Times. Bassist Herbie Lewis, a friend of Hutcherson’s at school, sparked something deeper in him, prompting him to save up and purchase his own vibraphone. Hutcherson was soon scheduled to play with Lewis’ band.

Of that performance, Hutcherson recalls in a 2014 JazzTimes cover story: “Well, I hit the first note; I remembered that. But from the second note on it was complete chaos. You never heard people boo and laugh like that. I was completely humiliated. But my mom was just smiling, and my father was saying, ‘See, I told you he should have been a bricklayer.'”

But he carried on, and although his sister, a singer and “the one really into the music” went on to sing with Ray Charles, Hutcherson found his own way and started playing gigs after high school with Curtis Amy and Charles Lloyd, eventually joining an ensemble co-led by Al Grey and Billy Mitchell in 1960. In 1961, after the group booked a gig at New York’s Birdland, Hutcherson decided to stay on the East Coast and was invited to play with the likes of Herbie Hancock, Archie Shepp, Hill and Dolphy.

Hutcherson stayed with Blue Note through the 1960s and nearly through the ’70s, and the sound of his music shifted as you might expect-through spiritualism, and jazz-funk, and fusion-leaning dates of varying levels of success. Following his time with Blue Note, Hutcherson released albums via Columbia and Landmark, among other labels, and collaborated with artists including McCoy Tyner and Sonny Rollins. In 2004 he joined the SFJAZZ Collective and toured with the all-star ensemble for several years; in 2007 he released For Sentimental Reasons, featuring pianist Renee Rosnes. Hutcherson returned to Blue Note in 2014, joining organist Joey DeFrancesco and saxophonist David Sanborn for Enjoy the View.

Hutcherson is survived by his wife Rosemary and sons Teddy, a marketing production manager for SFJAZZ, and Barry, a jazz drummer, according to the Times.

Meghan Stabile, an innovative jazz promoter, producer, organizer, curator, and advocate who proudly adopted the New York Times’ description of her as a “modern impresario,” … END_OF_DOCUMENT_TOKEN_TO_BE_REPLACED

Grachan Moncur III, a trombonist and composer who forged a unique identity in the “new thing” of 1960s jazz, died in his longtime home city … END_OF_DOCUMENT_TOKEN_TO_BE_REPLACED

Charnett Moffett, a bassist and composer whose virtuosity on both electric (often fretless) and acoustic instruments was matched by his versatility, died April 11 at … END_OF_DOCUMENT_TOKEN_TO_BE_REPLACED

Ron Miles, a cornetist, composer, and educator who became a revered and innovative figure in jazz while maintaining a career in the far-flung state of … END_OF_DOCUMENT_TOKEN_TO_BE_REPLACED