Skip to content
Become a member and get exclusive access to articles, live sessions and more!
Start Your Free Trial
Home > Features > Bob Brookmeyer Dies at 81 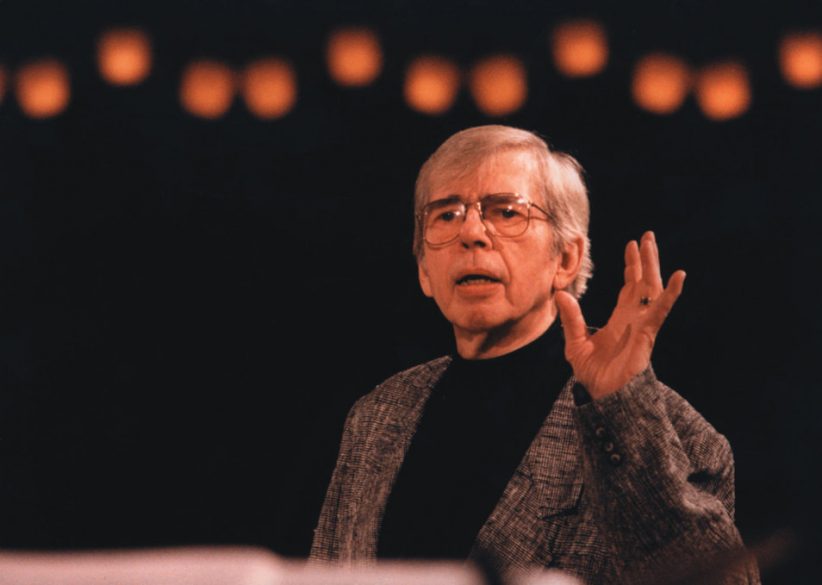 Bob Brookmeyer, the valve trombonist, bandleader and educator whose expansive, unconventional composing and arranging ideas can be heard in the progressive thrust of today’s most acclaimed large ensembles, died last night, Dec. 15, according to his website, bobbrookmeyer.com. He would have turned 82 on Monday and had released a new album, Standards, through ArtistShare only a few weeks ago.

A statement on Brookmeyer’s website said, “For many of us, Bob has always been a tremendous inspiration and an overflowing wealth of knowledge. You’d be hard pressed to find a large ensemble composer that doesn’t have Bob’s name on the top of their list of favorites. For those lucky enough to have the opportunity to study with him, we were given more than just an education in the art of being a great composer, we were given a level of both love and support that expanded far beyond the classroom. He had a wonderful ability to cultivate our inner strengths, yet pull us out of our comfort zones and stretch us farther than we could have ever imagined possible.

Brookmeyer was known for his work with Gerry Mulligan, Stan Getz, Jimmy Giuffre, Clark Terry and the Thad Jones/Mel Lewis Orchestra, and was a well-respected educator, teaching composition at the New England Conservatory of Music.

Born in Kansas City, Mo., Dec. 19, 1929, Brookmeyer became interested in jazz after hearing fellow K.C. jazz great Count Basie. He took up the trombone and wrote for local dance bands during his teens and attended the Kansas City Conservatory. During his early years, Brookmeyer played with Orrin Tucker, band and Tex Beneke, playing piano with the latter’s band. Brookmeyer began playing the valve trombone in the early ’50s while with pianist Claude Thornhill. After that stint he joined up with Stan Getz.

In 1954, the first year he recorded as a leader, Brookmeyer formed a quartet with Gerry Mulligan. He then returned to Mulligan and then went back to Getz again before in 1958 joining the Jimmy Giuffre 3 with Jim Hall. Another period with Mulligan came in the early ’60s, followed by a stay with Clark Terry and a period with the Thad Jones-Mel Lewis big band. Brookmeyer moved to L.A. in the ’70s, where he played again with Getz.

Brookmeyer recorded prolifically as a leader during the ’50s and ’60s, not often during the ’70s and ’80s, and fairly regularly throughout the ’90s and ’00s. His 2006 album, Spirit Music, released through Artist Share, was nominated for a Grammy.

Brookmeyer taught graduate students at the Manhattan School of Music. He lived in the Netherlands for some time before taking the teaching gig at the New England Conservatory in Boston.

Meghan Stabile, an innovative jazz promoter, producer, organizer, curator, and advocate who proudly adopted the New York Times’ description of her as a “modern impresario,” … END_OF_DOCUMENT_TOKEN_TO_BE_REPLACED

Grachan Moncur III, a trombonist and composer who forged a unique identity in the “new thing” of 1960s jazz, died in his longtime home city … END_OF_DOCUMENT_TOKEN_TO_BE_REPLACED

Charnett Moffett, a bassist and composer whose virtuosity on both electric (often fretless) and acoustic instruments was matched by his versatility, died April 11 at … END_OF_DOCUMENT_TOKEN_TO_BE_REPLACED

Ron Miles, a cornetist, composer, and educator who became a revered and innovative figure in jazz while maintaining a career in the far-flung state of … END_OF_DOCUMENT_TOKEN_TO_BE_REPLACED