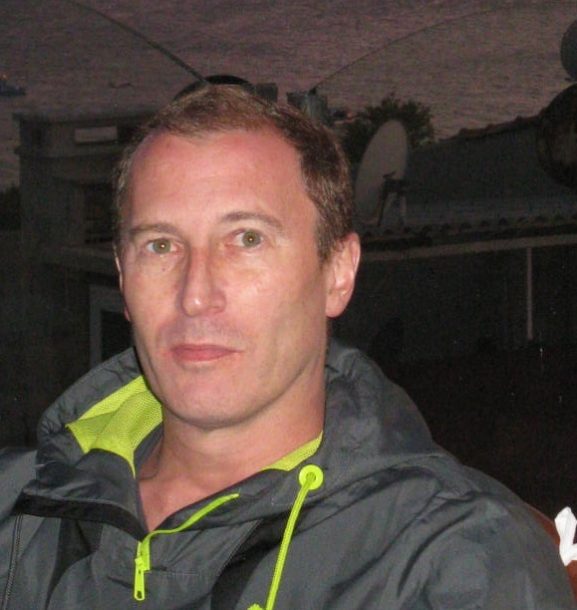 The name Seth Rothstein may not mean that much to the average jazz musician or fan, but his name appears on most of the significant CD reissues that were released from the largest record companies in the world from the early ’90s to this day. His job title was (and still is) a bit obscure as he was listed as a Product Director on most of these CDs and on a few occasions he was also the producer. This generic title was in many ways inadequate to describe what Seth-who passed away May 1-brought to the table.

He was the consummate romantic bohemian, a soulful warrior for jazz who brought a refined taste and elegance to his work that is to this day rarely found in this business called music.

To give you an idea of what Seth was like, imagine him greeting you in his office with “Hey booby,” or “What’s up, Toots?” We had nicknames for one another. I called him “Moishe” and he called me “Bob ben Bob.” He was a neat freak with a sharp, clean aesthetic, so when he would leave for a meeting and I happened to be in the Sony office, I would re-arrange his space, move the desk, change papers, move CDs from shelves, just to let him know that perfection is perception. He would defy the non-smoking law and lurk in the stairwell at Sony headquarters at times, huffing a few cigarettes between meetings or phone calls with designers, photographers or liner note writers like myself. He was the best to work with as a writer. He never interfered with the content and never had a word count limit. Together we put musicians to work, writing about the music they were involved with. Many musicians became liner note writers under Seth’s guidance. He paid invoices on time-the only person in the music industry, in my own experience who did so.

One profound sense of how Seth treated the corporate nature of his job was in a single rebellious act. He never played Sony projects in his office. He only played ECM recordings or, on occasion, he would pop out an obscure artist he dug, like Tony Fruscella or Davey Schildkraut. We’d talk about ECM’s Manfred Eicher or Keith Jarrett but rarely a Sony project, unless it was about business. Seth idolized Manfred, and to him his crowning achievement was not his Grammy awards or nominations, but his time working for Manfred and ECM before and after he left Sony.

It’s hard to explain to jazz musicians or fans just how difficult it is to find truly honest people in the music industry. Seth never lied to anyone; he never gamed the system to his advantage, nor did he take advantage of anyone’s talent or misfortune. He was one-of-a-kind, a true believer in jazz music to the core. I don’t think he took corporate loyalty seriously as in his heart and his loyalties were to his family, his friends and the artform itself.

As jazz music, within the corporate systems he worked for, was treated like a dysfunctional child nobody wanted, he took on this underdog position with a dignity that rose above the benign neglect that surrounded the music and musicians. He made sure that the physical presentation of jazz was on a level that transcended genre, and in many cases these presentations became landmarks and historical icons, such as the incredible Miles Davis metal box set series, the futuristic Herbie Hancock floating box set, the Grammy-winning Louis Armstrong The Complete Hot Five and Hot Seven Recordings or The Complete Billie Holiday on Columbia. Seth raised the bar that has yet to be passed and always elevated the discussion.

Seth Rothstein is already missed and jazz and music in general has lost a unique soul that can never be replaced or replicated, A one-of-a-kind “nice Jewish kid” from the Lower East Side. Oy vey, Moishe.

Meghan Stabile, an innovative jazz promoter, producer, organizer, curator, and advocate who proudly adopted the New York Times’ description of her as a “modern impresario,” … END_OF_DOCUMENT_TOKEN_TO_BE_REPLACED

Grachan Moncur III, a trombonist and composer who forged a unique identity in the “new thing” of 1960s jazz, died in his longtime home city … END_OF_DOCUMENT_TOKEN_TO_BE_REPLACED

Charnett Moffett, a bassist and composer whose virtuosity on both electric (often fretless) and acoustic instruments was matched by his versatility, died April 11 at … END_OF_DOCUMENT_TOKEN_TO_BE_REPLACED

Ron Miles, a cornetist, composer, and educator who became a revered and innovative figure in jazz while maintaining a career in the far-flung state of … END_OF_DOCUMENT_TOKEN_TO_BE_REPLACED