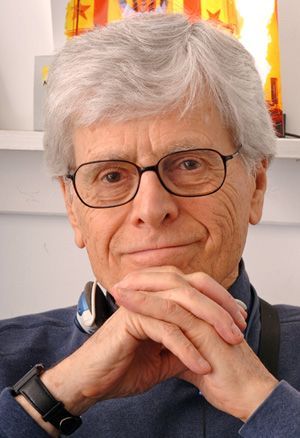 Bill Traut, a Chicago-based producer, manager and record label executive, died on June 5 at age 85 in Pacific Palisades, Calif. The cause of death was not disclosed. Although best known as the chief of the rock label Dunwich, which released the Shadows of Knight’s hit cover of Van Morrison’s “Gloria,” Traut also had extensive experience with jazz artists. As a manager, his company Open Door Management worked with such artists as Kurt Elling, Janis Siegel, Alan Pasqua, Alan Broadbent, Peter Erskine, Fred Hersch, Jon Hendricks, Oregon, Tony Williams and Shelly Berg. He also served as the CEO of the fusion label Headfirst. As a producer, Traut worked with Count Basie, Buddy Rich and others.

Charnett Moffett, a bassist and composer whose virtuosity on both electric (often fretless) and acoustic instruments was matched by his versatility, died April 11 at … END_OF_DOCUMENT_TOKEN_TO_BE_REPLACED

Ron Miles, a cornetist, composer, and educator who became a revered and innovative figure in jazz while maintaining a career in the far-flung state of … END_OF_DOCUMENT_TOKEN_TO_BE_REPLACED

Ernie Andrews, a deep-voiced singer who scored a major hit (1945’s “Soothe Me”) when he was still in his teens but remained perennially underrecognized by … END_OF_DOCUMENT_TOKEN_TO_BE_REPLACED

I’ve been playing the organ since I was 10 years old because I love the sound of the Hammond B-3. Once I heard Jimmy Smith … END_OF_DOCUMENT_TOKEN_TO_BE_REPLACED