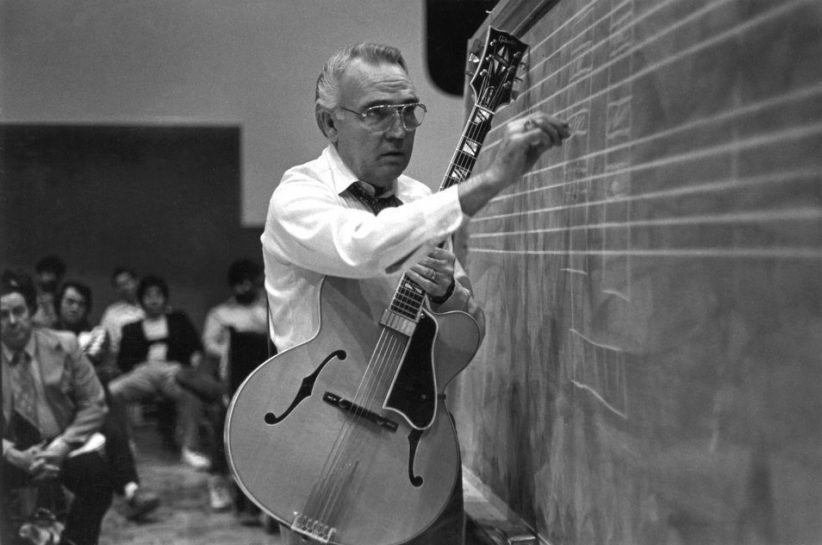 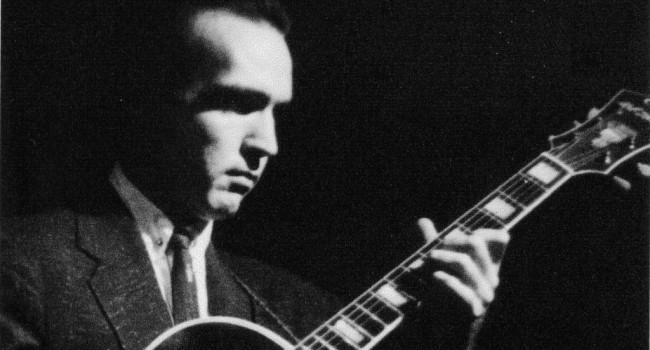 Toward the end of high school in Denver, hearing Wes Montgomery’s music was this gigantically transformative moment for me. And that led me to trying to find a teacher. Up until that point, I was playing clarinet in the school band and playing guitar in R&B bands and rock bands. This was in the late ’60s. But everything I’d been doing on the guitar I’d learned through listening to records and playing with my friends. When I heard Wes Montgomery, I thought that I had to get a teacher. I was so lucky to find this guy Dale Bruning, who I’m still close with, and he became my guitar teacher. Dale was playing bass with Johnny Smith, so that was when I first heard of him.

It was a couple of years later that I studied with him. I was going to the University of Northern Colorado, and he came to teach a guitar class. They had the beginnings of a pretty good jazz program; they had three big bands, and I played in the big bands and the concert bands and the orchestra. But there wasn’t really any guitar program there. At that time Berklee was the only place you could bring a guitar in without getting laughed out of the room. So they hired Johnny Smith to teach a class that I believe was open to anyone who wanted to learn how to play the guitar; it was as if the course just happened to have this master teaching it. I signed up for that class, and after a few weeks it was too much for everyone else-they didn’t want to be learning scales and inversions and all this stuff. Everybody dropped out except me. It pretty much ended up being a private lesson with Johnny Smith.

By that time I was really into Jim Hall. I was obsessed with Jim and music by Sonny Rollins, Bill Evans, Thelonious Monk, Miles and Coltrane and Charlie Parker. That’s where my head was at. Back then I knew Johnny Smith was incredible, but I didn’t realize what was there in front of me. It wasn’t that I didn’t respect him, but I really took the experience for granted. I didn’t even know that he wrote “Walk, Don’t Run”! And years before that I’d been playing that song because of the Ventures.

But he was so encouraging to me. He was one of the guys who took me aside and said, “You’ve really got something going.” He gave me so much. I took just this semester of lessons with him, and there were all these technical things, these amazing things that he talked about. But he also was one of the teachers who helped me at a real fragile time, giving me the confidence to play. As the years went by, after I’d left Colorado and gone to the East Coast, I listened to him more and thought, “Oh, my God. What an incredible, one-of-a-kind player.” Then I would find myself doing things that he had done 50 years before. Songs that I would pick to play, old folk songs such as “Black Is the Colour (of My True Love’s Hair)” or “Shenandoah,” he was already playing them so long ago.

He was like an orchestrator. He used the guitar like a tool for a way of thinking. He did these recordings that were just guitar and strings where he wrote all the string parts. Even the way he would write: He would write the music on two staves, like piano music. He was really thinking of the guitar in the way that a pianist or an arranger or a composer would. And he just expanded the harmony of it so much. But he also had such extraordinary facility. If you think about someone like John McLaughlin, the first thing a lot of people think is “fast.” But more than that, it’s about the architecture of what they’re playing-the structure and the form. I think about Johnny Smith in that way.

I never saw him again after those lessons. Fifteen years ago I recorded “Shenandoah” with Ry Cooder for my album Good Dog, Happy Man, and I wrote him a letter and told him that we had recorded that song and tried to thank him for the confidence he’d given me. He wrote back a nice little note. I don’t know if he remembered me-I was just some kid-but he definitely had an effect on me. And it’s something that’s grown. Only a couple days ago I was listening to him again on record.

As told to Evan Haga

Charnett Moffett, a bassist and composer whose virtuosity on both electric (often fretless) and acoustic instruments was matched by his versatility, died April 11 at … END_OF_DOCUMENT_TOKEN_TO_BE_REPLACED

Ron Miles, a cornetist, composer, and educator who became a revered and innovative figure in jazz while maintaining a career in the far-flung state of … END_OF_DOCUMENT_TOKEN_TO_BE_REPLACED

Ernie Andrews, a deep-voiced singer who scored a major hit (1945’s “Soothe Me”) when he was still in his teens but remained perennially underrecognized by … END_OF_DOCUMENT_TOKEN_TO_BE_REPLACED

I’ve been playing the organ since I was 10 years old because I love the sound of the Hammond B-3. Once I heard Jimmy Smith … END_OF_DOCUMENT_TOKEN_TO_BE_REPLACED