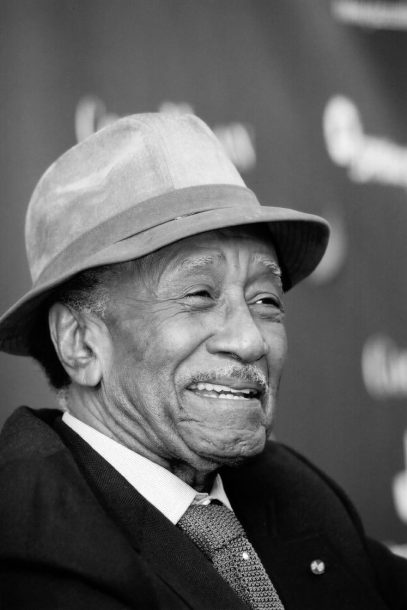 By the late ’80s and early ’90s, which was when I first read and met him, Albert Murray occupied a funny space: He was both outmoded and exciting.

At that time most of his older books-even the best of them, the cultural-criticism sermon The Omni-Americans (1970), the novel Train Whistle Guitar (1974) and The Hero and the Blues (1973)-were out of print; you might only lay hands on them if you were familiar with the concept of the interlibrary loan. But he was just coming back into print with new fiction, which was just as looping and poetic and singable as what he’d done 15 years before. (Most of his fiction, influenced by Faulkner, European modernism and cadences of Southern black speech, seemed as if it could have been written at any point since 1930.)

At the time he was more widely recognized as the eminent intellectual fountainhead of Jazz at Lincoln Center. That was toward the end of a period when the most recognized cultural critics were all busy scolding liberalism in one way or another: Allan Bloom, Dinesh D’Souza, Camille Paglia. I suppose a lot of people may have understood him, if they understood him at all, as another anti-liberal scold, or a nostalgic old person telling young people what jazz was supposed to do.

But a), how many eminent intellectual fountainheads were there around jazz? Not historians, not critics, not discographers, not superfans, but those who understood that jazz was not only music but something much greater-a way of looking at the world and a survival system; who wrote with knowledge about what jazz was for, how it acted and reacted, what it meant to the culture, to the country, to the century. Basically Murray and Amiri Baraka, but one of Baraka’s ongoing interests was destabilizing power. Murray, a member of the Century Club, might have been a little interested in what happens once power is achieved. And b), I’m not sure he was telling you what jazz was supposed to do. He was telling you what jazz does.

His ideas about jazz were often quoted to support a contention that the refinement of tradition was how a culture settles into prominence, and how avant-gardism was a waste of time, a death-ride. (It was a military term, he never tired of explaining, and it meant the expendables, the shock troops. Why would you want to throw in with them? They will never win and gain a beachhead. They will always be erased from history.) This didn’t go down very well with people who, say, had been around free jazz long enough to see that it formed its own tradition, or people who found a lot of use for music that instinctively disobeyed any established language. It’s any artist’s right to be ahistorical. But Murray was historical. He saw an established language as proof of victory in a certain time. He knew Ellington well. He understood what had happened there.

He was very good at articulating why the beautiful loser is not a major trope in black culture, though I don’t know if or whether he would have phrased it nearly like that. He talked about the moment of decision in a time of crisis and the importance of persisting: “Are you going to slit your throat or are you going to go stomp at the Savoy?” He saw modern ritual everywhere, but may have written about it best as it pertains to jazz. He saw jazz as refined resistance. He saw riffs as infrastructure for a utopian city. He saw solos as people writing, urgently, “I was here.”

Ben Ratliff has been a jazz and pop critic for the New York Times since 1996. 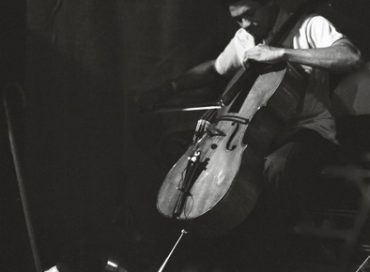 Abdul Wadud, a cellist who pioneered the use of his instrument as a vehicle for jazz improvisation, died August 10 in Cleveland, Ohio. He was … END_OF_DOCUMENT_TOKEN_TO_BE_REPLACED

Meghan Stabile, an innovative jazz promoter, producer, organizer, curator, and advocate who proudly adopted the New York Times’ description of her as a “modern impresario,” … END_OF_DOCUMENT_TOKEN_TO_BE_REPLACED

Grachan Moncur III, a trombonist and composer who forged a unique identity in the “new thing” of 1960s jazz, died in his longtime home city … END_OF_DOCUMENT_TOKEN_TO_BE_REPLACED

Charnett Moffett, a bassist and composer whose virtuosity on both electric (often fretless) and acoustic instruments was matched by his versatility, died April 11 at … END_OF_DOCUMENT_TOKEN_TO_BE_REPLACED