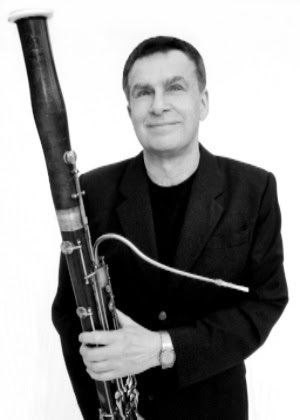 Daniel Smith, a bassoonist who recorded and performed in both jazz and classical music, died at 77 on Dec. 19, in Brooklyn, N.Y. The cause of death was an aggressive infection that led to cardiac arrest. His daughter Jacqueline Smith confirmed his death, news of which was circulated via a press release in recent days.

According to that release, the Bronx-born Smith studied music at Manhattan School of Music, Columbia University and the Mannes College of Music. In the U.S. Army, he was a member of the West Point Academy Big Band. During his early twenties he played the saxophone with several big bands including the Cab Calloway Orchestra and others.

Smith recorded numerous discs, with repertoire ranging from Baroque concerti to contemporary music, including jazz with a quartet under his own leadership, ragtime and crossover.

Among his latest projects was Big Band Bassoon, a project he was currently working on with pianist/arranger Robert Boscher from Holland. His latest release on the Summit label was Jazz Suite for Bassoon. A two-disc best-of collection was in the works for the Decca label in U.K. at the time of Smith’s passing. A concert is planned for next spring in England with an orchestra. In addition, Smith was working on an orchestral piece with the Brazilian composer João McDowell to be premiered in Brazil in the near future.

A memorial concert to celebrate his life in music will be held in 2016.

Meghan Stabile, an innovative jazz promoter, producer, organizer, curator, and advocate who proudly adopted the New York Times’ description of her as a “modern impresario,” … END_OF_DOCUMENT_TOKEN_TO_BE_REPLACED

Grachan Moncur III, a trombonist and composer who forged a unique identity in the “new thing” of 1960s jazz, died in his longtime home city … END_OF_DOCUMENT_TOKEN_TO_BE_REPLACED

Charnett Moffett, a bassist and composer whose virtuosity on both electric (often fretless) and acoustic instruments was matched by his versatility, died April 11 at … END_OF_DOCUMENT_TOKEN_TO_BE_REPLACED

Ron Miles, a cornetist, composer, and educator who became a revered and innovative figure in jazz while maintaining a career in the far-flung state of … END_OF_DOCUMENT_TOKEN_TO_BE_REPLACED