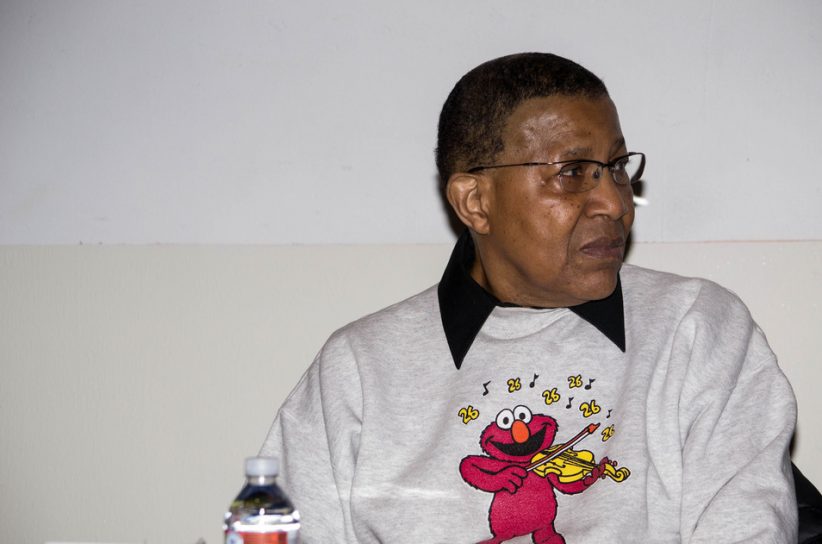 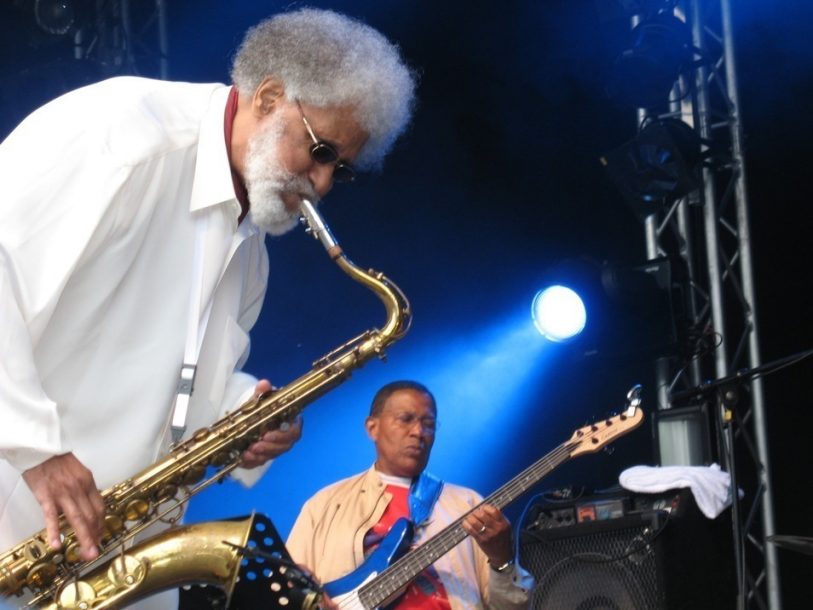 Bassist Bob Cranshaw, a consummate and influential sideman best known for his long-running association with saxophone great Sonny Rollins, died yesterday at his home in New York City, following a lengthy battle with bone cancer. He was 83.

Cranshaw was born Melbourne Robert Cranshaw in Evanston, Ill., on Dec. 3, 1932. Prior to taking up bass and tuba as a high-schooler, he trained on piano and drums. Cranshaw was a founding member of drummer Walter Perkins’ MJT+3 in 1957. He moved to New York at the start of the following decade and joined up with Rollins in 1962. Cranshaw moved in and out of Rollins’ touring and recording bands-mostly remaining in-over the following half-century, up until Rollins stopped touring a few years ago. He appears on many of the Saxophone Colossus’ essential albums, beginning with 1962’s “comeback” LP, The Bridge, and continuing through Rollins’ albums for RCA Victor, Milestone and into the Road Shows series, which many critics believe to be among the most important live recordings in jazz history.

During the 1960s, Cranshaw played on many classic Blue Note albums, including some of the most important LPs in the label’s history. Among Cranshaw’s credits are Dexter Gordon’s Gettin’ Around, Grant Green’s Idle Moments, Joe Henderson’s Inner Urge, Bobby Hutcherson’s Happenings, Jackie McLean’s Right Now, Grachan Moncur III’s Evolution, Lee Morgan’s The Sidewinder, a handful of albums by both Duke Pearson and Stanley Turrentine, Hank Mobley’s A Caddy for Daddy and Horace Silver’s The Cape Verdean Blues, among others. Cranshaw also made the studio rounds elsewhere, recording for labels including Riverside, on albums led by Nat Adderley, Barry Harris and Milt Jackson, among others; Prestige, on sessions helmed by Harris, Jaki Byard, Sonny Criss, Eric Kloss, James Moody and Gene Ammons; Impulse!, on records credited to Oliver Nelson, McCoy Tyner, Shirley Scott and Kai Winding; Verve, with albums like Wes Montgomery’s Movin’ Wes and Bumpin’; and Atlantic, including dates for Yusef Lateef, Nat Adderley, Mose Allison and Joe Zawinul.

Cranshaw was also heavily involved in television, having worked on Saturday Night Live during its 1970s heyday and Sesame Street, in addition to innumerable TV and film scores. He also acted as musical director for various talk shows, including those hosted by Merv Griffin and Dick Cavett.

In the ’70s Cranshaw took up the electric bass, a necessary move caused by a car accident, and one that garnered him criticism. Still, though the shift was noticeable tonally, Cranshaw maintained his approach. “I play the electric just like I play the string bass,” he told JT writer Chip Stern in 2001. “I mean, there’s a certain characteristic to the electric, but I play it like an upright, because I’m not really a funk player-I’m still a jazz bassist.” The electric bass, Cranshaw explained, has a strong, loud signal, and players like Rollins enjoyed really hearing the bass in the mix.

In recent decades Cranshaw was active as an advocate for musicians’ rights, working on behalf of the New York City musicians’ union, Local 802. He is survived by his wife of 39 years, five children and many grandchildren.

For a JT interview with Bob Cranshaw, click here.

Meghan Stabile, an innovative jazz promoter, producer, organizer, curator, and advocate who proudly adopted the New York Times’ description of her as a “modern impresario,” … END_OF_DOCUMENT_TOKEN_TO_BE_REPLACED

Grachan Moncur III, a trombonist and composer who forged a unique identity in the “new thing” of 1960s jazz, died in his longtime home city … END_OF_DOCUMENT_TOKEN_TO_BE_REPLACED

Charnett Moffett, a bassist and composer whose virtuosity on both electric (often fretless) and acoustic instruments was matched by his versatility, died April 11 at … END_OF_DOCUMENT_TOKEN_TO_BE_REPLACED

Ron Miles, a cornetist, composer, and educator who became a revered and innovative figure in jazz while maintaining a career in the far-flung state of … END_OF_DOCUMENT_TOKEN_TO_BE_REPLACED