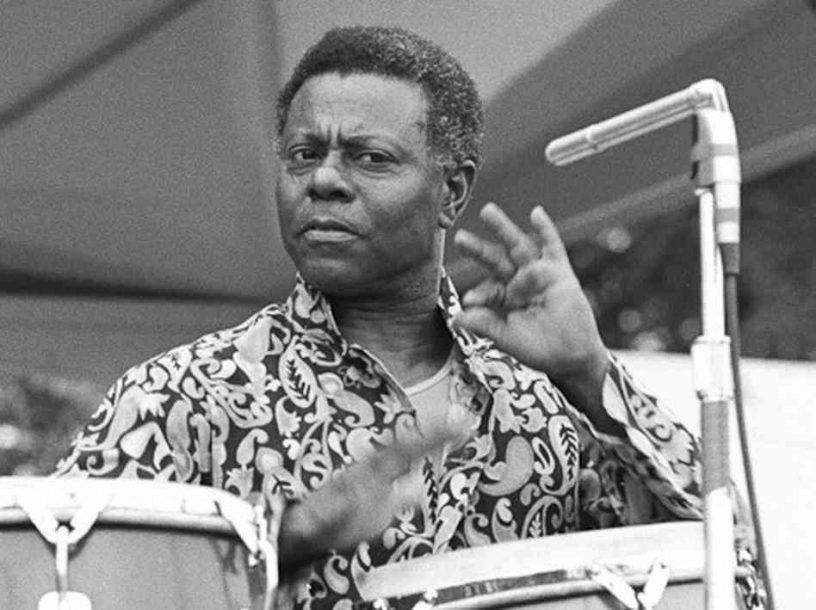 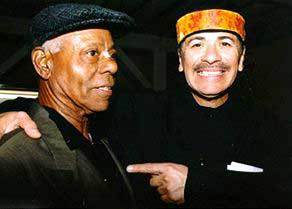 Percussionist Armando Peraza, best known as a mainstay in the Santana band for nearly two decades, but whose career also included work with many jazz greats, died yesterday, April 14. The cause and place of death have not yet been reported. Peraza was 89.

Peraza was already close to 50 when he joined Santana in 1972. He remained with the guitarist’s ever-changing crew until 1990, when he went into semi-retirement. He returned to Santana for three shows in Montreux in 2006, and made a handful of other appearances that year, but he had largely been out of the public eye in recent decades.

Armando Peraza was born May 30, 1924 in Havana, Cuba, where he became a fine athlete in his youth. His first gig as a percussionist was on the island with local bandleader Alberto Ruiz. After performing with other Cuban outfits, Peraza came to the United States via Mexico in 1949, settling in New York City. Excelling at both congas and bongos, he found work quickly within the city’s vibrant Latin music and jazz communities. His earliest recording and performing dates in the U.S. included sessions with Charlie Parker and Slim Gaillard.

After spending time in Mexico, Peraza returned to the U.S. and settled in San Francisco, where he played with Dizzy Gillespie, Charles Mingus, Dexter Gordon and others. In 1954, while working with Dave Brubeck, Peraza teamed with drummer Cal Tjader and appeared on the latter’s Ritmo Caliente album. (He continued to reside in San Francisco for the rest of his life.)

Beginning in 1957, Peraza joined the band of George Shearing, with whom he remained for 12 years, appearing on nearly two dozen albums by the British pianist. He also recorded with Mongo Santamaria during this period, then joined Tjader’s band in the early ’60s for six years. Other dates at the time included high-profile gigs with Judy Garland and Stan Kenton. Peraza rarely served as bandleader, but he did release a solo album, Wild Thing, in 1968, among whose personnel was a young Chick Corea.

Peraza was already 48 when he joined Santana, playing on all of the group’s recordings of the period and in concert around the world. He also wrote 16 songs that were recorded by Santana. Other artists whose recordings featured Peraza included Art Tatum, Machito, Josephine Baker, Aretha Franklin, Eric Clapton, Jaco Pastorius, Linda Ronstadt, Frank Zappa and Rick James.

Meghan Stabile, an innovative jazz promoter, producer, organizer, curator, and advocate who proudly adopted the New York Times’ description of her as a “modern impresario,” … END_OF_DOCUMENT_TOKEN_TO_BE_REPLACED

Grachan Moncur III, a trombonist and composer who forged a unique identity in the “new thing” of 1960s jazz, died in his longtime home city … END_OF_DOCUMENT_TOKEN_TO_BE_REPLACED

Charnett Moffett, a bassist and composer whose virtuosity on both electric (often fretless) and acoustic instruments was matched by his versatility, died April 11 at … END_OF_DOCUMENT_TOKEN_TO_BE_REPLACED

Ron Miles, a cornetist, composer, and educator who became a revered and innovative figure in jazz while maintaining a career in the far-flung state of … END_OF_DOCUMENT_TOKEN_TO_BE_REPLACED