Skip to content
Become a member and get exclusive access to articles, live sessions and more!
Start Your Free Trial
Home > Features > Alice Babs, Who Sang with Duke Ellington, Dies at 90 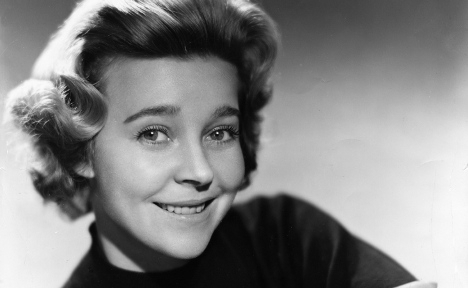 Alice Babs, a Swedish vocalist who sang with the Duke Ellington Orchestra during the 1960s, and was particularly acclaimed for her contributions to the composer’s Sacred Concerts, died Feb. 11 in Stockholm from complications of Alzheimer’s Disease. Babs was 90.

Revered in her homeland as its first entrant into the annual Eurovision Song Contest, Babs was born Hildur Alice Nilsson on January 26, 1924 in Västervik, Sweden. She sang as a child and gravitated toward jazz, getting her break when she appeared in a 1940 Swedish film, Swing it, Magistern. She ultimately appeared in more than 20 films.

The Eurovision appearance in 1958 gave Babs a heightened presence on the European continent. She finished in fourth place and then started a band, the Swe-Danes, with Danish musicians Svend Asmussen and Ulrik Neuman. The trio gained enough recognition to earn a U.S. tour and an appearance on The Ed Sullivan Show.

Her popularity continued unabated in Sweden until her death. In 1972 Babs became the first non-opera singer to be named the Royal Court Singer, and she was also named a member of the Royal Academy of Music.

Meghan Stabile, an innovative jazz promoter, producer, organizer, curator, and advocate who proudly adopted the New York Times’ description of her as a “modern impresario,” … END_OF_DOCUMENT_TOKEN_TO_BE_REPLACED

Grachan Moncur III, a trombonist and composer who forged a unique identity in the “new thing” of 1960s jazz, died in his longtime home city … END_OF_DOCUMENT_TOKEN_TO_BE_REPLACED

Charnett Moffett, a bassist and composer whose virtuosity on both electric (often fretless) and acoustic instruments was matched by his versatility, died April 11 at … END_OF_DOCUMENT_TOKEN_TO_BE_REPLACED

Ron Miles, a cornetist, composer, and educator who became a revered and innovative figure in jazz while maintaining a career in the far-flung state of … END_OF_DOCUMENT_TOKEN_TO_BE_REPLACED