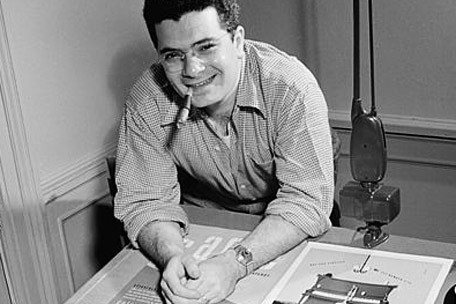 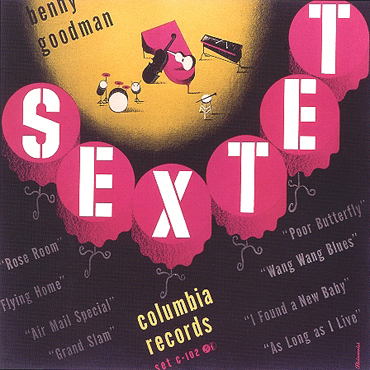 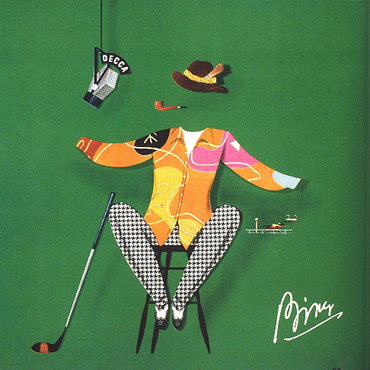 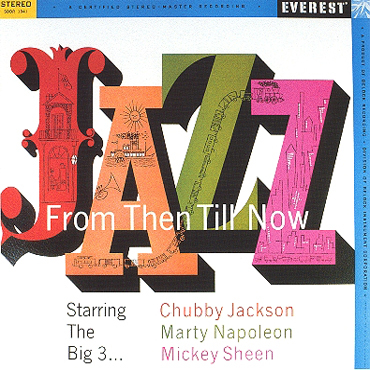 Jazz Then Till Now album cover by Alex Steinweiss

Alex Steinweiss, the man credited with creating the record album cover [see addendum which disputes this], died July 17 at age 94, in Sarasota, Fla. When Steinweiss was hired by Columbia Records in 1939 as an ad designer, he took a more artistic approach to the packaging that housed recordings than had been taken before, adding artwork to the sleeves that contained the 78 RPM records.

According to an obituary in The New York Times, “His first cover, for a collection of Rodgers and Hart songs performed by an orchestra, showed a high-contrast photo of a theater marquee with the title in lights. The new packaging concept was a success: Newsweek reported that sales of Bruno Walter’s recording of Beethoven’s ‘Eroica’ symphony increased ninefold when the album cover was illustrated.”

Born in Brooklyn in 1917, Steinweiss attended the Parsons School of Design and became Columbia’s advertising manager during World War II. A company executive showed Steinweiss its first long-playing record, and after being asked to design a new type of sleeve in which to house the records, Steinweiss took out a loan and secured a patent for the first standard outer jacket for recordings. According to The Times, “Under his contract with Columbia he had to waive all rights to any inventions made while working there.” Steinweiss left the music business at the dawn of the rock era, in 1955, after which album cover art became increasingly important to sales of music.

All of the album covers displayed in this article are works created by Steinweiss.

Addendum: According to two emails received by JazzTimes following the publication of this news item, from Cary Ginell and Michael Biel, Steinweiss did not actually invent the album cover. Wrote Biel, “There were some notable artistic jazz album covers prior to Steinweiss. Two albums by Lee Wiley, Willie the Lion Smith, Bessie Smith, Blackbirds revival cast, Benny Goodman, Artie Shaw, Symposium of Swing, are just a few of the jazz albums with illustrated covers that came out before Steinweiss, let alone over a hundred others of all types.”

Ginell concurred, crediting Biel with discrediting Steinweiss. Ginell wrote, “Dr. Michael Biel of Morehead College blew this legend out of the water with a presentation at last year’s ARSC conference in New Orleans which is available on the ARSC website, complete with pictures of several hundred pre-Steinweiss illustrated album covers. Decca alone had over a hundred albums before Steinweiss’ first. He was an inventive, talented, and colorful artist, but he did not originate the idea as Heller believes.”

JazzTImes regrets spreading any inaccuracies but we believe Steinweiss was an important enough figure to merit an obituary on our on site. As we received all of our information from the Times obit, we inadvertently carried over any falsehoods published in that original article.

Meghan Stabile, an innovative jazz promoter, producer, organizer, curator, and advocate who proudly adopted the New York Times’ description of her as a “modern impresario,” … END_OF_DOCUMENT_TOKEN_TO_BE_REPLACED

Grachan Moncur III, a trombonist and composer who forged a unique identity in the “new thing” of 1960s jazz, died in his longtime home city … END_OF_DOCUMENT_TOKEN_TO_BE_REPLACED

Charnett Moffett, a bassist and composer whose virtuosity on both electric (often fretless) and acoustic instruments was matched by his versatility, died April 11 at … END_OF_DOCUMENT_TOKEN_TO_BE_REPLACED

Ron Miles, a cornetist, composer, and educator who became a revered and innovative figure in jazz while maintaining a career in the far-flung state of … END_OF_DOCUMENT_TOKEN_TO_BE_REPLACED