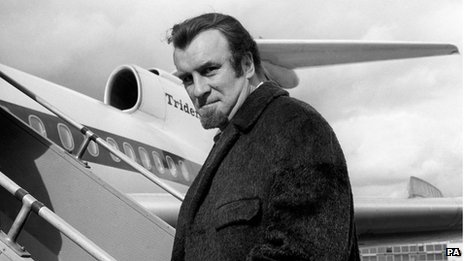 Acker Bilk, a British clarinetist and composer best known for his 1962 chart-topping single “Stranger on the Shore” (released under the name Mr. Acker Bilk), died Nov. 2 in Bath, Somerset, England, after a long illness. He was 85.

Born Bernard Stanley Bilk in Pensford, Somerset, on Jan. 28, 1929, the musicians took on the name Acker (British slang for mate) and took up the clarinet while serving in the army. Originally a pianist, he began playing professionally in Bristol in 1951, then moved to London to play with trumpeter Ken Colyer’s band. Bilk went out on his own in 1960, performing in the style the British called trad jazz-his goatee and bowler hats accentuated his ties to the older style of jazz.

Bilk and his group reached number fie in the U.K. in 1960 with their single “Summer Set.” The song that broke him internationally, “Stranger on the Shore,” began as “Jenny,” a tribute to Bilk’s daughter. With accompaniment by backed by the Leon Young String Chorale. It became the biggest-selling record of the year in Britain, staying on the charts for more than a year, and crossed over to the American pop charts, where it reached number one, becoming only the second recording by a British artist to attain that position (and the first to have a number one simultaneously in the U.K. and the U.S.). Bilk placed three more singles on the Billboard Hot 100 in the States. He also placed two albums on the American chart, with the Stranger on the Shore LP reaching number 3.

Bilk’s presence on the American charts ended in 1963 but he continued to perform in the U.K. and elsewhere until last year. He was diagnosed with throat cancer in 2000, and later underwent an operation for bladder cancer. He also suffered a stroke. Bilk was awarded an MBE in England in 2001.

Meghan Stabile, an innovative jazz promoter, producer, organizer, curator, and advocate who proudly adopted the New York Times’ description of her as a “modern impresario,” … END_OF_DOCUMENT_TOKEN_TO_BE_REPLACED

Grachan Moncur III, a trombonist and composer who forged a unique identity in the “new thing” of 1960s jazz, died in his longtime home city … END_OF_DOCUMENT_TOKEN_TO_BE_REPLACED

Charnett Moffett, a bassist and composer whose virtuosity on both electric (often fretless) and acoustic instruments was matched by his versatility, died April 11 at … END_OF_DOCUMENT_TOKEN_TO_BE_REPLACED

Ron Miles, a cornetist, composer, and educator who became a revered and innovative figure in jazz while maintaining a career in the far-flung state of … END_OF_DOCUMENT_TOKEN_TO_BE_REPLACED