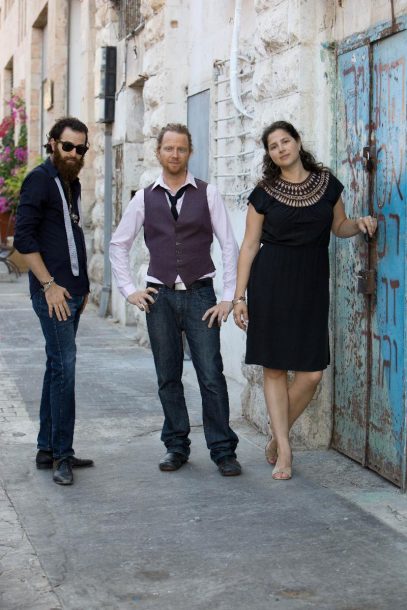 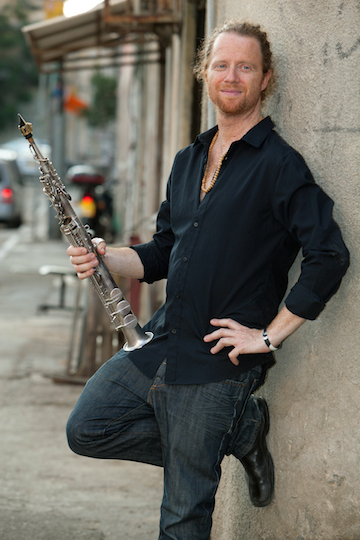 A conversation with composer and soprano saxophonist Yuval Cohen reveals a man as filled with depth and sensitivity as his music.

“Just today I was able to spend time with Ornette Coleman,” says Cohen from his sister Anat’s Brooklyn apartment. “What a deep and philosophical man. And for all of his immense achievements, he is also truly humble. Like Louis Armstrong, like Charlie Parker, like Duke Ellington, Ornette the man is as profound as his music.”

On this day Yuval had also paid his first visit to the magnificent Louis Armstrong House Museum in Corona, Queens. “To be in Pops’ study, or his kitchen, to be in his home, it was truly special,” says Yuval. “Have you noticed that Pops has an almost medical effect on people? To think of the violence he saw as a child, and yet it didn’t pollute his soul. The pureness of Armstrong’s soul affects people. His seed is contagious.”

Speaking of contagious, I’ve been listening and listening to Tightrope (Anzic Records), the new (and fourth) album by the 3 Cohens: Anat on tenor, clarinet and bass clarinet; Avishai on trumpet; and Yuval on his liquid, yearning soprano. The album includes five musical “conversations” between the siblings—five purely spontaneously improvised pieces of music that are as playful as they are beautiful. “Having the three horns on the a cappella tunes demands quite a bit of the instrumentalists’ abilities,” says Yuval. “We’re out there creating in the moment, bringing out a sound that is different. This is something we love to do. For us, it’s fun and natural, and it fills me with joy.”

A musical conversation with pianist Fred Hersch on his “Song Without Words #4” is one of the most ravishing pieces of music I’ve heard this year. “Fred is a musical genius,” says Yuval, “an artist of the finest quality, and we are so proud to work with him.”

Says Anat in another interview: “We treat our horns like voices, so we call it playing acappella when it’s just the three of us. But even though we wanted to do an acappella album, we couldn’t resist having a few guests, musicians we really love-Fred (Hersch), Christian (McBride) and Johnathan (Blake).”

Add in spirited interpretations of Art Farmer’s “Blueport,” Gerry Mulligan’s “Festive Minor,” Tadd Dameron’s “Hot House” and Monk’s “I Mean You,” and you have yourself an album that does not want to leave your CD player.

Another highlight is Avishai’s “Mantra” and Yuval’s “It Might As Well,” a rewritten and reharmonized homage to “It Might As Well Be Spring.” Says Yuval, “I was in my classroom, warming up on the piano, and it just came out.”

In addition to his busy touring, recording and composing schedule, Yuval is also a teacher. Besides running the jazz department at the Israel Conservatory in Tel Aviv, Yuval teaches at the Thelma Yellin High School for the Arts in Tel Aviv; the Rimon School for Jazz and Contemporary Music; the Rubin Academy for Music and Dance in Jerusalem; the Raanana Music Center; and the New School Branch in Tel Aviv.

“I love teaching. My students come from across Israel and they are very devoted to the music. I have met so many talented young musicians. Teaching music is like being a chef. When you put so many talented kids in one class, it’s like putting ingredients in a pot, placing on the lid, and lighting the fire: The dish cooks really quickly!”

Yuval himself is a 1991 graduate of the Thelma Yellin School; he then spent three years as soloist, lead alto arranger, and co-conductor of the Israel Defense Forces Orchestra. From 1994 to 1996 he attended Boston’s Berklee College of Music, graduating Summa Cum Laude. “I love Boston. I even attended a Red Sox game at Fenway Park with (legendary saxophone master and teacher) Joe Viola. Now that’s a Boston experience!” It was at Berklee that Yuval studied with John LaPorta, the alto saxophonist and clarinetist who, in the words of Richard Cook, “joined Charles Mingus and Teo Macero in forming the Jazz Composers’ Workshop.” Says Yuval: “I’m very proud to have studied with John.”

“I was always encouraged in my musical dreams by my parents,” says Yuval. “Some parents today do not accept their children’s choice to be a musician. I see some of my students struggling to get their dream going.”

Born in Tel Aviv in 1973, Yuval, like his siblings, won big in the ever-fickle Parent Sweepstakes. “Our parents, Bilha and David, are the greatest. They are not specifically jazz lovers, but they love all music. My dad spent a great part of the 1960s in the States, and he knew the music, knew the tunes from the Broadway shows. I could feel the tradition through him. Our mom was a kindergarten music teacher. Our parents were also a transportation service for my sister, brother and me. They bought us instruments and drove us endlessly. Then one day the three of us are playing in Carnegie Hall and there are my parents in the audience, smiling. It was amazing and wonderful at the same time.”

Yuval is a dedicated composer with two fine solo albums, Freedom and Song Without Words, to his credit. What is his method of composing? “Sometimes I sit down to simply practice—to practice my musical grammar—and a tune appears. Sometimes a tune will appear while I’m walking or even sleeping. I like to practice my saxophone in the morning. Then I’m more relaxed and find it easier to compose. There are parts of the year when I teach more intensively, as opposed to periods like the summer which are really loose and full of free time devoted only to practicing and writing.”

Although he spends a great deal of time in New York City, home is still Tel Aviv. “I’ve been around the world, and Tel Aviv is one of the hippest cities. It’s 3 a.m. and you’ve just finished playing music. ‘Hey, let’s go out to eat!’ In other cities the restaurants are closed up, but in Tel Aviv they are filled with people. It’s a very special, very hip city.”

Yuval’s sound on soprano is gorgeous, with a hint of soulful melancholy within. I’m reminded of Nat Hentoff hearing the “deep Jewish blues” of cantors and klezmer when he first heard Artie Shaw as a child. “Thank you,” says Yuval with a laugh. “That’s thousands of hours of overtones practice! But as a child I was exposed to Bach and Mozart at the same time as I was exposed to Charlie Parker and Ella Fitzgerald and Louis Armstrong. And when I was in the army orchestra, I played alto first, only doubling on soprano, before going straight to soprano. At first I strove for an oboe sound.” Yuval thinks for a moment. “You know, honestly, my models are not other soprano players. My three biggest influences are Lester Young—his beautiful, floating sound of relaxation—and Charlie Parker; and John Coltrane on tenor. Interestingly, those are my three biggest influences on the soprano saxophone.”

Besides touring, teaching, composing, recording, and playing, Yuval somehow has found time for a new project: the New Chamber Jazz Quintet, with Maya Belzitsman on cello; Nitai Hershkovits on piano; Tal Mashiach on double bass; and Ofri Nechemya on drums. “My inspiration for this was the 1954 Charles Mingus album Jazzical Moods. It was one of the first albums Mingus recorded in New York City, collaborating with the wonderful John La Porta. [The music of the New Chamber Jazz Quintet] is jazz, but with many counter lines. I’ve been very much influenced by Mingus’ concept of linear writing, but naturally I try to bring my own sound to it.”

And Yuval Cohen’s own sound—whether solo, with his own groups, or with his siblings—is one of the richest, most exciting 21st-century sounds in this ever-evolving music called jazz. “In every musical situation,” he says, “I always try to be as melodic as possible. It’s always about the melody.”

The last time Hilario Duran, the 69-year-old Cuban Canadian piano master and composer, teamed up with another pianist was in 2017, when he performed duets … END_OF_DOCUMENT_TOKEN_TO_BE_REPLACED

“Midnight Waves,” a highlight of Joey Alexander’s sixth album, Origin, describes the nocturnal ocean off Bali, where the teenaged pianist and his parents returned home … END_OF_DOCUMENT_TOKEN_TO_BE_REPLACED