Skip to content
Become a member and get exclusive access to articles, live sessions and more!
Start Your Free Trial
Home > Features > XM and Sirius Satellite Radio: Jazz in the Air 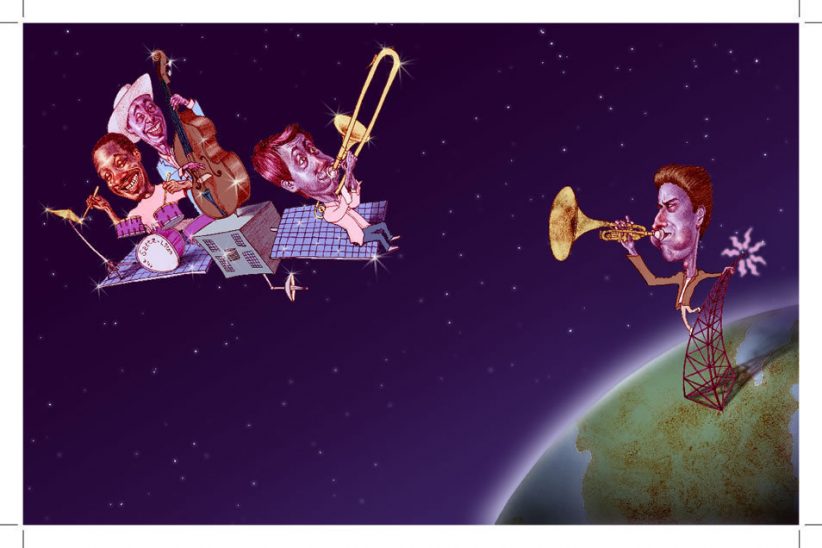 Flashback to New York’s 52nd Street circa 1948 at the Five Spot: Miles Davis and Charlie Parker are scorching through a set while an elbow-room-only crowd unknowingly bears witness to a defining moment in American culture. Bebop in all its glory had arrived.

This scene and others are the kind of storytelling delivered from Les Davis on Sirius Satellite Radio’s Pure Jazz channel. He’s one of a seasoned group of air personalities cherry-picked to lead the company’s four million listeners through the jazz canon. Davis isn’t there merely to announce who played on the record; a 40-year veteran of the jazz scene, he’s more like a travel guide nudging the listener along through the nuances of improvisation and offering biographical sketches of the performers who define jazz. “As in the renaissance, there were certain years when the talent was remarkable,” Davis says. “And they had personalities that were edgy or eccentric. You not only came to see and hear Miles play, but who knows what he might do.”

To say that the recorder has no cachet in jazz is putting it mildly. But that never deterred Tali Rubinstein. In fact, the instrument’s status … END_OF_DOCUMENT_TOKEN_TO_BE_REPLACED

A funny thing happened to the Canadian jazz guitar master Lorne Lofsky as he walked down Mt. Pleasant Road in Toronto one day a little … END_OF_DOCUMENT_TOKEN_TO_BE_REPLACED

British keyboardist Pat Thomas has performed alongside avant-garde luminaries for decades, but somehow has remained a relatively unknown quantity on this side of the Atlantic. … END_OF_DOCUMENT_TOKEN_TO_BE_REPLACED

Jen Shyu is slumped over a desk. As a green spotlight illuminates her long, dark hair and shoulders, a disembodied female voice imitates bird and … END_OF_DOCUMENT_TOKEN_TO_BE_REPLACED