Skip to content
Become a member and get exclusive access to articles, live sessions and more!
Start Your Free Trial
Home > Features > Wynton Marsalis: Wynton Throws Down the Gauntlet 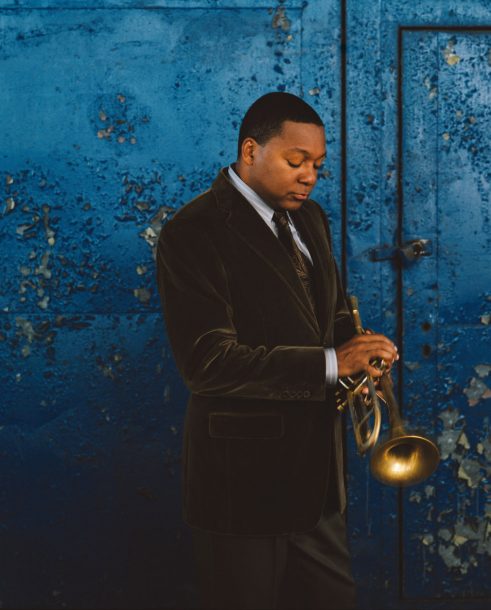 Like Howard Beale in Network, Wynton Marsalis is mad as hell and he’s not gonna take it anymore. Of course, the 45-year-old trumpeter-bandleader and celebrated jazz ambassador has always been riled and outraged, ever since he was an audacious, outspoken kid back in New Orleans. And over the course of the past 20 years, he has always spoken his mind in interviews or in casual conversation. Like his equally unguarded brother Branford, you know where Wynton stands. He pulls no punches, never attempts to obfuscate. Like him or not, he’s painfully direct, unwavering in his convictions.

On Marsalis’ latest Blue Note recording, the provocatively titled From the Plantation to the Penitentiary, he puts forth his agenda in no uncertain terms, commenting on troubling aspects of American culture and socio-political realities in the context of some swinging grooves alongside his current working quintet of saxophonist Walter Blanding Jr., pianist Dan Nimmer, bassist Carlos Henriquez and drummer Ali Jackson. Voicing Wynton’s pointed lyrics on this potent collection is the soulful singer and Marsalis discovery, 20-year-old Jennifer Sanon.

Wadada Leo Smith does not play jazz. In fact, if you ask him, he’ll tell you that he doesn’t know how. It’s an apparent paradox … END_OF_DOCUMENT_TOKEN_TO_BE_REPLACED

Georgia Anne Muldrow laughs easily when she speaks. The charm of her laughter does not come from anything silly, although she can be downright funny … END_OF_DOCUMENT_TOKEN_TO_BE_REPLACED

For her entire career, trumpeter, singer, and composer Sarah Wilson has been wrestling with apparently separate pursuits: trumpet vs. voice; living and working in New … END_OF_DOCUMENT_TOKEN_TO_BE_REPLACED