Skip to content
Become a member and get exclusive access to articles, live sessions and more!
Start Your Free Trial
Home > Features > Will Downing: The Look of Love 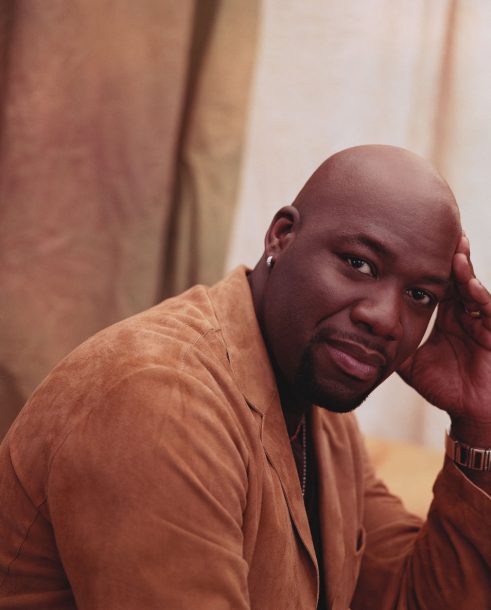 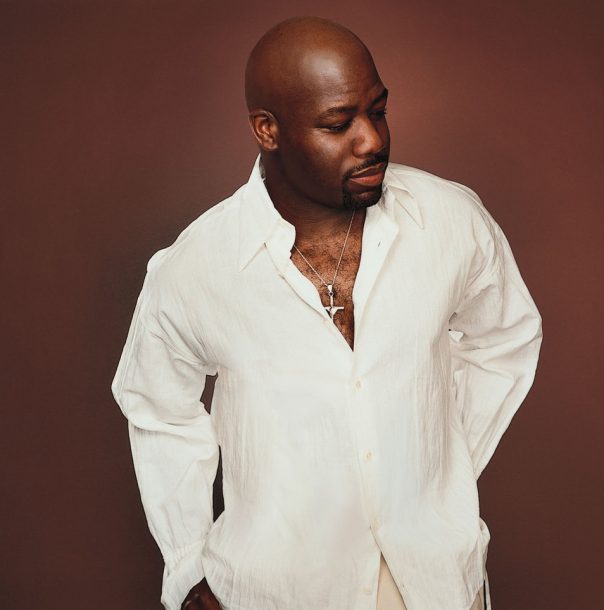 Even without him removing any clothing or doing overt gyrations, Will Downing’s concerts are lovefests. Slightly provocative but always tasteful, Downing’s gigs get extremely steamy: passions are aroused, couples bond and the heat in the venue gets ratcheted way up.

As a happily married man with three children, the appealing vocalist laughs at the thought of being considered a “sex symbol.” “That certainly has nothing to do with looks or anything I’ve done,” Downing humbly says.

Maybe so, but it’s hard to dispute what happens when the lights go down, his band starts up and Downing starts singing in that deep baritone.

He sheepishly laughs about how the ladies sometimes outrageously react to him and tries to play it off: “They gravitate to the music and the things I’m talking about.”

When he croons, Downing gives the feeling that he’s personally singing to each member of the audience-men and women alike.

“If someone feels the same way you do, that’s pretty much the catch to it,” Downing says of his success with peoples of both genders. “We write and talk about things that people are interested in, and the lyrics and message is universal. We talk about all that stuff on stage, in songs, and just bring everything to life. We’re adults and all go through the same things, whether you have children, are in a relationship or not in one.

Early on in Will Downing’s career, he realized that he wasn’t necessarily going to be a household name. That’s not to say he doesn’t have the talent to be one, but his style and choice of material-a highly provocative blend of R&B, jazz and pop-wasn’t trendy or easily categorized.

Nevertheless, he has slowly developed an intensely loyal fan base that treasures his CDs and flocks to his live performances. Some even label Downing the “music industry’s best kept secret,” but he shrugs that off and views himself as more of a solid and enduring performer.

“If you set your mind to that, you are going to have a career,” he stresses, sitting in a hotel room in Washington, D.C., during a promotional tour for his new CD, Emotions (GRP). “When you look at things that way there’s no way to go but up.”

In terms of appeal and style, the veteran vocalist finds it hard to believe that he’s sometimes compared to legendary balladeers Nat “King” Cole and Johnny Hartman-men who also set hearts aflutter with their romantic voices. Unquestionably, Downing’s flattered, but he thinks they’re on a level he’ll never ascend to and sees himself as being closer to Luther Vandross and Barry White. “They’re a little closer to earth,” he laughs, “and that’s no insult to Luther or Barry. But we don’t want to slight the real masters, and I do go down that road occasionally. But to be compared to Johnny Hartman or Nat ‘King’ Cole-that bar is too high.

“Johnny Hartman never got the public acclaim that he should have received as a vocalist, he was amazing none the least. With Nat ‘King’ Cole, he’s someone that’s been emulated in every genre of music. I always thought George Benson had that kind of thing going in his voice as well. When I talked to him and asked, ‘Who’s that you are [going for]?’ He replied, ‘Nat “King” Cole.'”

Interestingly, throughout his career the singer has dabbled with standards resembling what Cole recorded and mainstream-oriented selections. In fact, his self-titled debut prominently featured John Coltrane’s “A Love Supreme.”

“Musically, he was free spirit, and that’s what I love about his playing,” Downing says of Trane. “Essentially, he played what he felt, and as a vocalist or musician you can obviously feel that. He would just go for it.”

The genre-spanning vocalist attributes his appreciation for Cole, Hartman, Coltrane and other jazz greats to the curriculum of the arts high school he attended in Brooklyn. Part of its requirements, besides focusing on both performance and academic aspects of music, was to become familiar with many genres. While heeding those recommendations, Coltrane’s music especially called out to him, and Downing became a fan upon first listen.

As far as possibly doing a tribute to the revered saxophonist, Downing is unexpectedly reluctant and unsure about the undertaking. “I don’t know if I have the capacity to be that artistic and be able to pull it off. Just because I love it doesn’t mean I can portray it. I love art, but I can’t draw worth a damn,” the singer chuckles.

“When we did [1998’s] Pleasures of the Night record, that was probably about as close to traditional [jazz] as I could have gone. But even that had chunks of R&B in it; that’s my roots.”

Downing wants to continue recording CDs that are a progression of his landmark 1991 album A Dream Fulfilled. As a passionate “soul-jazz odyssey” filled with midtempo ballads, it put him on the map and became his first album to resonate with his core audience. “That was the one that solidified my position as far as where I am as an artist,” Downing says. “When you first start out in your career you do a little bit of everything. You have all this music bottled up inside of you and you let it all out at one time. So you may do one jazz track, an R&B, reggae and a pop track, because you’re trying to satisfy everyone.”

Not anymore. As demonstrated on Emotions, Downing is secure with his sound-even if radio isn’t. “Musically, I don’t have a home,” he says plaintively. “My music is too hard or too R&B for smooth-jazz radio, so they’re eliminated. It’s too adult for R&B radio, and not traditional enough for [mainstream] jazz radio. So that kind of relegates me to the ‘quiet storm’ and urban-adult formats. It’s one of those situations where you’re just holding the flag and saying, ‘OK, I’m still here.'”

Downing feels that the over-35 market is often overlooked-and that’s essentially his prime audience. “I hate when people view adult music as being very stiff,” he says, “where they just sit there and listen. It’s supposed to be interactive, and we want you to have fun-and the more you participate, the more you get out of it.”

The Brooklyn-born singer, who presently lives in New Jersey, tries to just concentrate on his music and not worry about marketing or promotional concerns. Just the same, he admits that he occasionally confers with his creative collaborators to figure out what they need to do to get “a little bit of airplay.” His “Team Downing,” as the singer calls it, consists of producers/songwriters Ronnie Foster, Rex Rideout, Ronnie Garrett, Armsted Christian and Barry Eastmond. They come together nearly annually to help Downing create his CDs.

The album’s first single, “A Million Ways (To Love a Woman),” plays up Downing’s loverman image, and the crooner has fun with Aretha Franklin’s “Daydreaming” and the Eddie Holman hit “Hey There Lonely Girl.”

But it’s “Beautiful to Me” that has the cutest tale behind its creation.

“Me and a collaborator, we’re at my home about to start writing a lyric,” Downing says. “But every room was occupied, with something going on in all parts of the house-except for my younger daughter’s room, which is painted Pepto-Bismol pink with Barbie dolls all over the place. So we’re sitting in the room, playing the [music] over and over, just trying to figure out what we’re writing about-and the answer was right in front of us.” Among all the toys, that is. “‘Beautiful to Me’ was actually written for my daughter [Ajia, who’s seven].”

Guitarist Will Bernard bears the bittersweet blessing of virtuosic skill and eclectic taste, making his music a perpetual delight and yet hard to categorize. Maybe … END_OF_DOCUMENT_TOKEN_TO_BE_REPLACED

At 95, Chicago-based guitarist George Freeman is among the world’s oldest active jazz musicians. Although he came of musical age in the 1940s and counts … END_OF_DOCUMENT_TOKEN_TO_BE_REPLACED

When you’re on TV, everybody knows you, or at least thinks they know you. Take Kevin Eubanks, who was on NBC’s Tonight Show five nights … END_OF_DOCUMENT_TOKEN_TO_BE_REPLACED