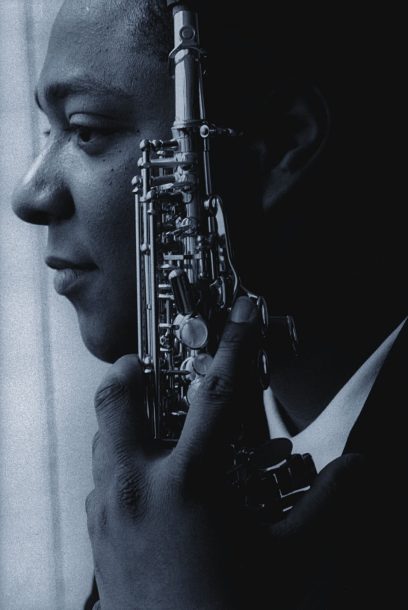 It was particularly hot in New York that summer of ’83 and this day was more uncomfortable than most.

I had just experienced the extreme displeasure of an Uptown E train ride in a subway car with no air conditioning and I was running late for a rendezvous. As I emerged from the subterranean squalor at 59th Street and Central Park West, frantic and sweltering, I was prepared to break into a full sprint in order to get to my appointment on time. But suddenly a burst of sound stopped me dead in my tracks. It was the penetrating sound of an alto saxophone, a street player, projecting with a kind of raw intensity and sheer abandon that struck like lightning. The band was set up on Columbus Circle—electric guitar, electric bass, drummer with a pared-down kit and this bad, bad alto player blowing white heat alongside his shorter tenor playing partner. A crowd had gathered around them, digging their relentless drive as they burned through one blazing bop anthem after the next. Needless to say, I blew off my appointment and hung for a few more tunes.

Like an ornery real-estate magnate, the work of Nick Millevoi screams, “Location, location, location.” Whether as a composer or as a guitarist, he makes music … END_OF_DOCUMENT_TOKEN_TO_BE_REPLACED

To say that the recorder has no cachet in jazz is putting it mildly. But that never deterred Tali Rubinstein. In fact, the instrument’s status … END_OF_DOCUMENT_TOKEN_TO_BE_REPLACED