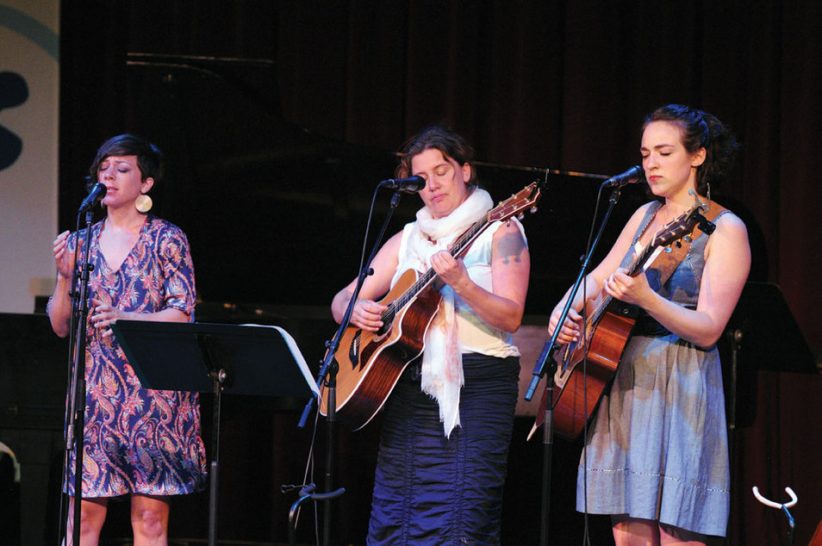 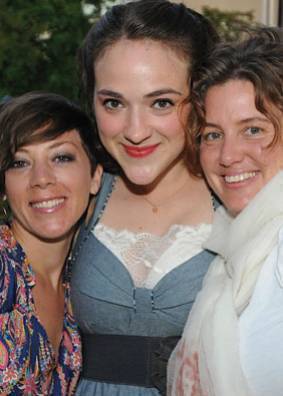 What’s in a name? For the vocal supergroup launched at Manhattan’s Cornelia Street Café last January by Rebecca Martin, Gretchen Parlato and Becca Stevens, absolutely everything. While the triumvirate debuted under the gently self-mocking moniker Girls Gone Mild, the seed for a new name, Tillery, had already been planted. The project is still very much in a formative stage, with new original songs and arrangements being integrated into the act at just about every performance. No piece better embodies the trio’s spirit of love, respect and creative ambition than the song that gave the group its new identity.

Before it became the band’s name, “Tillery” was a work-in-progress over which Stevens had spent several years intermittently laboring in memory of Kenya Tillery, a rising film composer and songwriter who died from cancer in 2008 at the age of 36. Determined to honor her late friend’s spirit with a song reflecting her bountiful gift, Stevens hadn’t come close to completing the piece when she picked it up again, looking to bring new material to the first rehearsal with Parlato and Martin. Stevens had written three verses about spring as a season of healing, but was stuck on a lyric evoking winter as a metaphor for loss. Inspiration struck when she opened a volume of poetry by Jane Tyson Clement to a random page and found “February Thaw.” She adapted the poem’s striking final line, “So may we shout, so may we sing, O blessed thaw, O holy spring,” as the song’s rapturous chorus and ending vamp. Turning to another page, she found the poem “Winter.”

“You can imagine my disbelief when I noticed that the meter and intention of ‘Winter’ was as though it was written to complete Kenya’s song!” Stevens says. The women featured the elegant, suite-like composition as the opener at Cornelia Street Café, and as they made plans for future 2011 gigs, including a weeklong stint teaching songwriting at the Stanford Jazz Workshop, they realized that Girls Gone Mild would have to go. After some brainstorming, Martin said, “I don’t know why, but even though it’s already the name of a song we play, that word ‘Tillery’ keeps popping into my head.”

In the rush to prepare for the debut performance, Stevens hadn’t had a chance to explain the song’s backstory, and was thrilled that the group adopted it as its calling card. More than the centerpiece at Tillery performances, the song captures the group’s embracing, anti-diva essence, “a mentality of complete love and admiration and respect for each other,” Parlato says. “Jealousy and competitiveness is going to exist in the world. We don’t need to fall into it. It’s amazing what you can do when you get together with people whom you love so much.”

While shared esteem animates Tillery, it’s the differences between the women that provide a good deal of the creative frisson. Representing three generations, the vocalists run the gamut in terms of influences. Parlato, 35, is at the center of the contemporary jazz scene, an improviser with an unhyphenated musical identity. Martin, 42, has collaborated with renowned jazzers like the late Paul Motian, but her own music falls toward the lyrically deft singer-songwriter camp. And Stevens, 27, is a remarkably diverse talent raised in North Carolina on Appalachian roots music. She first garnered national attention as the vocalist in saxophonist Travis Sullivan’s Bjorkestra, but her songs are a seamless amalgam of folk, alt-pop, postbop, European classical and West African music. If the women are able to carve out space for Tillery, there’s no telling what might bloom. “It’s so new,” Martin said after a Tillery performance at the Stanford Jazz Festival that included an arrangement of Michael Jackson’s “Push Me Away” that brought Bobby McFerrin to mind. “We haven’t come close to exploring all there is too explore. The important thing is the chemistry. That isn’t common in my experience. It’s exciting to see where it all goes, but clearly everybody is really busy.”

Even by the interconnected standards of the New York jazz scene, the ties binding these musicians can get dizzying. For starters, Stevens is a member of pianist Taylor Eigsti’s working quartet, and is featured throughout his latest album, 2010’s ravishing Daylight at Midnight (Concord Jazz). He often tours with Parlato, who makes a guest appearance on Stevens’ latest album, Weightless (Sunnyside) which documents her folk and pop-inflected band playing her beautifully crafted original songs. And Martin, an accomplished acoustic guitarist whose 2009 CD, The Growing Season (Sunnyside), won an Independent Music Award for Best Folk/Singer-Songwriter Album, is married to superlative bassist Larry Grenadier, who’s played with Eigsti since the latter was a pre-teen prodigy. Eigsti set the initial encounter between the women in motion, and they took it from there. The trio has some activity planned for May 2012, including a workshop in New York’s Hudson Valley region.

“They all really think alike,” he says. “Becca has this incredible clarity. Rebecca is one of my favorite songwriters. She’s so dynamic and honest. And Gretchen is an amazing musician who has a way of [adapting to] any situation. There are so many possibilities when they get together.”

OK, that’s funny, but it also implies a problem. People who dismiss the accordion as soon as they hear it, as soon as it triggers … END_OF_DOCUMENT_TOKEN_TO_BE_REPLACED