Skip to content
Become a member and get exclusive access to articles, live sessions and more!
Start Your Free Trial
Home > Features > Till Brönner on “The Good Life” 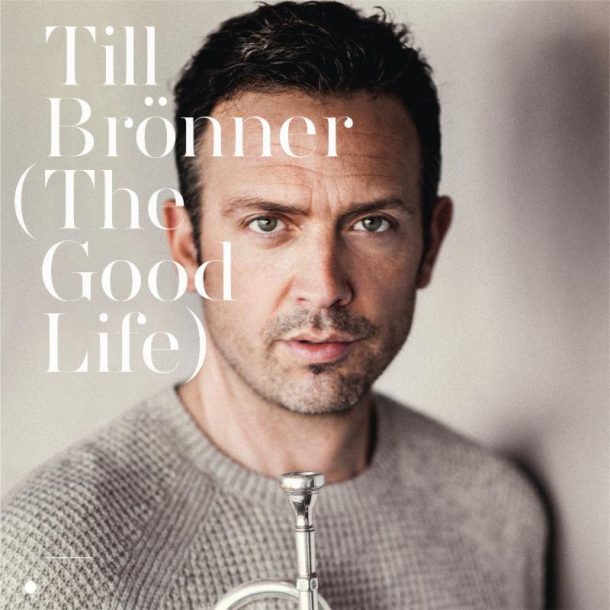 In Germany he is the biggest-selling native jazz artist in history, and has been for more than a decade. He’s worked with a galaxy of international stars, including Ray Brown, Tony Bennett, Dave Brubeck, Mark Murphy, Nils Landgren, Madeleine Peyroux, Luciana Souza, Kurt Elling, Sérgio Mendes, Annie Lennox and Melody Gardot. Major labels woo him: a dozen albums on Verve and, just recently, a move to Sony’s OKeh imprint. Yet trumpeter Till Brönner, 45, remains far too little known on this side of the Atlantic. And although he’s been adding vocals to his albums since the late 1990s, his Stateside profile as a singer is all but nonexistent.

He’s hoping The Good Life, his OKeh debut, will help change that, and rightfully so. Yes, his catalog includes such formidable projects as 2006’s Oceana, featuring Peyroux, Souza and former French first lady Carla Bruni, and 2008’s Rio, with Elling, Gardot, Mendes and Lennox, both produced by Larry Klein. But The Good Life sets a new high-water mark. A collection of mostly standards, with two originals, it is his tightest and most elegant release to date. It is also his least crowded: no special guests, no banks of strings or waves of brass-just Brönner, alternating between trumpet and flugelhorn, with four of the finest players around: pianist Larry Goldings (a frequent collaborator), guitarist Anthony Wilson, drummer Jeff Hamilton and bassist John Clayton, who doubles as arranger. And The Good Life is Brönner’s most committed foray into singing, with approximately half of the 13 tracks including vocals.

Still, he’s reluctant to give his vocal contributions much credence. Speaking from Berlin, he insists that “there’s always been a part of me that’s a singer, but I definitely don’t have as much technique as you need.”

Others disagree. “Because he’s such a good trumpet player, he has good phrasing,” Goldings says. “And I think it’s bold for a non-American to take on American popular songs vocally.”

“There’s a great intimacy to Till’s singing,” Wilson adds. “He’s a real melodist as a player, and that translates to his voice. There’s a similar way in both mediums that he deals with melody and phrasing that is charming and honest.”

Assessing Brönner’s voice, with its breathy tone and gentle cadence, it’s difficult not to draw comparisons to another singing trumpeter, Chet Baker (to whom he paid album-length tribute in 2000, with Chattin With Chet). But where Baker’s vocals tended toward the ethereal, often feeling haunted, Brönner is far more present, his lilting style strongly suggesting the late Kenny Rankin.

To oversee the session, Brönner chose 82-year-old Dutch producer Ruud Jacobs, who started his career as a bassist and is the younger brother and onetime bandmate of pianist Pim Jacobs, known for his landmark recordings with his wife, vocalist Rita Reys. “Ruud comes from a different generation,” Brönner says. “He’s a very classic kind of producer, a little old-fashioned, but in a great way. … I wanted to be heard as a trumpet player and occasionally sing, but Ruud was absolutely convinced that I should sing throughout. He said, ‘This is the reason I want to do the album.’ So we made a deal that I would record an equal number of vocals and instrumentals and then decide. And he was right.”

In terms of song selection, Brönner explains that the focus was simply “songs we liked the most, and we ended up with basically a list of Frank Sinatra songs.” They plumb the extremes of the Sinatra songbook, from the inky depths of “In the Wee Small Hours of the Morning” to the swinging verve of “Come Dance With Me,” though the repertoires of other classic vocalists are also tapped, including Nat King Cole (“Sweet Lorraine”), Nina Simone (“I Loves You, Porgy”) and Doris Day (“I May Be Wrong”). The inclusion of the two Brönner originals was, the songwriter explains, prompted by Jacobs. The instrumental “O Que Resta” is a cozy bossa nova, while his peppy “Her Smile” strongly suggests the sunny lilt of Sérgio Mendes’ mid-’60s hits.

As for the album’s purity-just the core group with no embellishments-Wilson says, “That was a goal of Till’s and Ruud Jacobs’, and of John’s as well: Let’s not soup up these tunes too much. We don’t have to do anything fancy. Don’t belabor solos. Rudd has a jazz mentality. We didn’t get past second takes on anything. Leave it natural. I’m glad they kept that all the way through production.”

“I’ll admit we had a few things in mind, including guest artists, strings, maybe woodwinds,” Brönner confesses. “But when we were done with the quartet, Ruud said, ‘Man, we can do it but I doubt we need it, because everything’s there and I like the simplicity of what we have.'”

When you’re on TV, everybody knows you, or at least thinks they know you. Take Kevin Eubanks, who was on NBC’s Tonight Show five nights … END_OF_DOCUMENT_TOKEN_TO_BE_REPLACED

Jimmy Katz leads many lives. He is the preeminent currently active jazz photographer, and has shot more than 200 magazine covers and over 600 recording … END_OF_DOCUMENT_TOKEN_TO_BE_REPLACED

Take a look at Blue Note Records’ release schedule for 2022 and it’s hard to miss the significant percentage of electronic-oriented music. In March, the … END_OF_DOCUMENT_TOKEN_TO_BE_REPLACED

Those who are only familiar with bassist Martin Wind’s jazz credentials—both as a leader and as a first-call sideman for Bill Mays, Dena DeRose, Ken … END_OF_DOCUMENT_TOKEN_TO_BE_REPLACED