Skip to content
Become a member and get exclusive access to articles, live sessions and more!
Start Your Free Trial
Home > Features > The Zen of Eric Harland 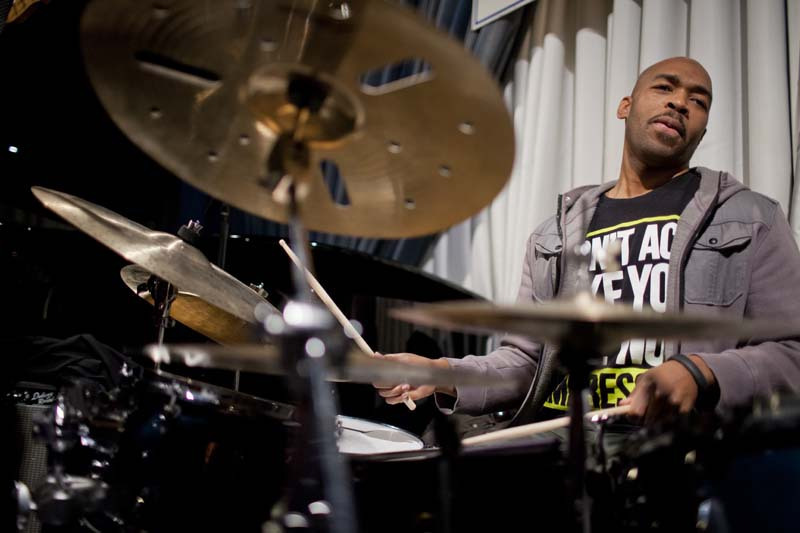 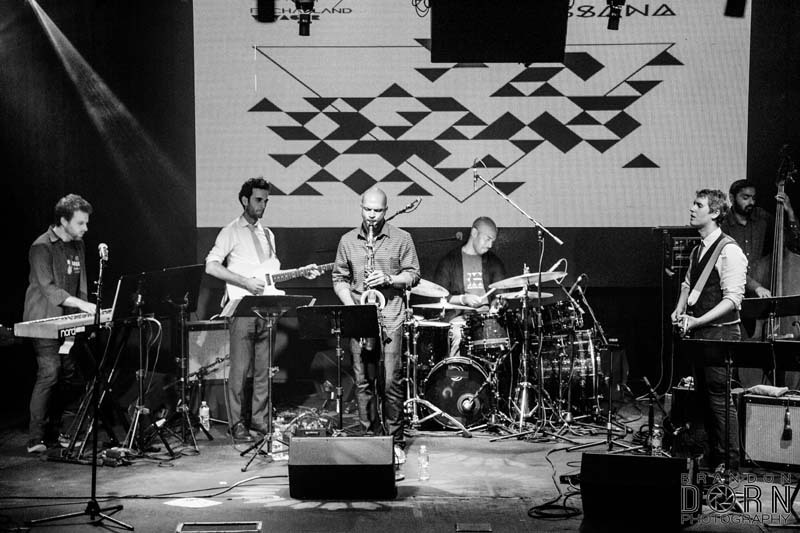 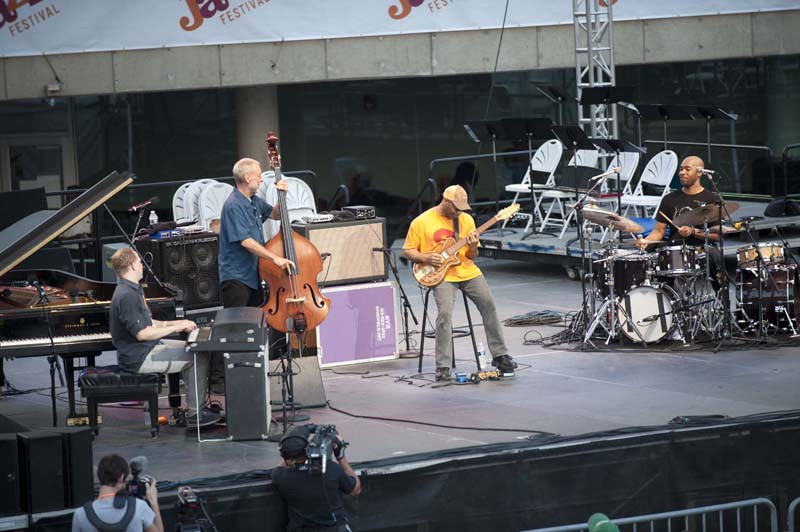 The first album that Eric Harland ever bought with his own money was A Love Supreme. Now 38, the drummer was in middle school and had only recently been introduced to jazz through his playing in the school band when he scraped his change together to purchase Coltrane’s masterpiece. He was vaguely familiar with the sax legend’s late-’50s work with Miles Davis, but it was the album’s title, not its personnel, that captured his imagination. A Love Supreme: Was this a collection of tender romantic ballads or a Zen-inspired expression of spiritual seeking?

As so many listeners have discovered before and since, “It was actually both,” Harland recalls. In a sense, that revelation set the template for Vipassana (GSI/Eland), Harland’s second release at the helm of his group Voyager and his first studio recording as a leader. Named for an ancient Indian meditation technique that translates as “insight into the true nature of reality,” the CD serves as an act of personal meditation for Harland, but one that takes its audience on an active journey.

Harland himself has ventured down the same sort of active, transformative path in his own life. Raised by a devoutly Christian mother, he studied theology and became an ordained minister in order to engage her on her own terms, but later left the church to find a personal spirituality free of influence. Feeling restricted by his college jazz studies, he struck out on his own career before he could graduate.

Dangerously overweight as a young man, he dropped more than 200 pounds through diet, exercise and determination (and even briefly dabbled in modeling). These endeavors helped plant the seeds of the ideas that would flower on Vipassana. “I was scoring my own meditational process,” Harland says of the album, “but I didn’t want to create meditative music. I didn’t want to grab some flutes and chakra bowls and hunker down. I wanted it to still feel like jazz, so we could expand.”

That seemingly incompatible approach is concisely expressed in “Relax,” the brief opening track of Vipassana. “You don’t need to worry/Just relax your mind,” sings Chris Turner, in the seductive voice of a neo-soul crooner and not the blissed-out monotone of a robed guru. The feeling is one of groove, not Om, and sets the mood for music that soars without ever losing contact with the earth below.

The sound of Vipassana meshes perfectly with Harland’s personal approach to meditation, which he refuses to align with any particular discipline or school of thought. Encouraged by some to explore Buddhism due to its echoes of his own philosophies, he’s routinely waved off such suggestions while absorbing ideas from a variety of traditions. “I wasn’t really looking for another religion,” Harland says. “I’d just gotten out of one, and I was enjoying just seeing what life is and checking everything out. I didn’t go to any temples or study with any gurus because I didn’t want to be influenced by someone else. I just wanted to listen, because I feel like if I’m listening to life, the answers have to be there.”

Throughout Harland’s childhood in Houston, both spirituality and music were the purview of his fiercely religious mother, who played organ and piano and directed the choir in his local church. He’s wanted to play music for as long as he can remember, but his mother’s approach to piano lessons proved to be as controlling as her beliefs. His grandmother noticed his gleeful banging on pots and pans and suggested that perhaps 5-year-old Eric wanted to be a drummer instead.

When you’re on TV, everybody knows you, or at least thinks they know you. Take Kevin Eubanks, who was on NBC’s Tonight Show five nights … END_OF_DOCUMENT_TOKEN_TO_BE_REPLACED

Jimmy Katz leads many lives. He is the preeminent currently active jazz photographer, and has shot more than 200 magazine covers and over 600 recording … END_OF_DOCUMENT_TOKEN_TO_BE_REPLACED

Take a look at Blue Note Records’ release schedule for 2022 and it’s hard to miss the significant percentage of electronic-oriented music. In March, the … END_OF_DOCUMENT_TOKEN_TO_BE_REPLACED