Skip to content
Become a member and get exclusive access to articles, live sessions and more!
Start Your Free Trial
Home > Features > The Uncollected Les Paul 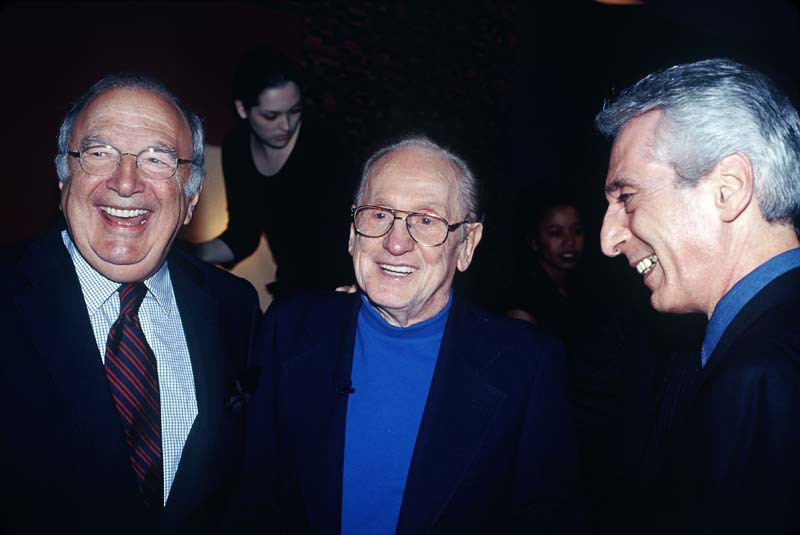 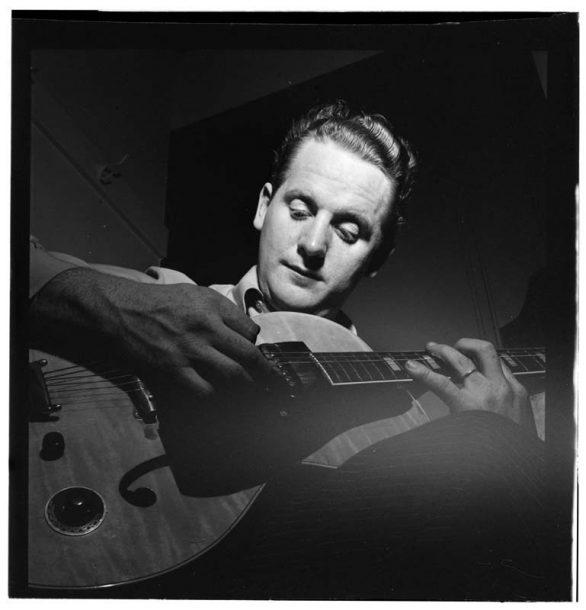 Upon his death in 2009, newspapers described Les Paul as a man whose name was synonymous with guitar-literally, given the enduring popularity of the Gibson Les Paul, a solidbody electric based on one of his prototypes. Even though Paul once won three consecutive DownBeat Readers Polls, jazz wasn’t even a footnote in many of these obits. The first of his poll victories was in 1951-ironically, also the year that Paul and his wife Mary Ford’s recording of “How High the Moon” stayed No. 1 on the pop charts nearly all spring. This wasn’t Paul’s first time at the top of the hit parade; that was in 1945 for “It’s Been a Long, Long Time,” by Bing Crosby with Paul’s trio, the perfect song for reunited lovers as U.S. troops returned from Europe and the Pacific. Nor was “Moon” the first hit on which Paul used overdubbing and other studio magic to expand Ford’s voice into a “choir” and his own guitar into a virtual “army” of them, to paraphrase something he once said in an interview. (“Lover” was first, in 1948.)

But “How High the Moon” was the track that best demonstrated how the tools of recording could serve as instruments in their own right. Along with its winsome energy, this was what made it a smash-and Les Paul an unlikely rock avatar. (“Unlikely” because Paul’s role in pop evolution was somewhat paradoxical; it was as if he were planting the seeds for his own style of music’s obsolescence by demonstrating what was suddenly possible. As a record producer he had more in common with Nero-of-the-novelty-tune Mitch Miller than with rock pioneers Sam Phillips or Leonard Chess: “Moon” was an especially inventive example of the sort of early ’50s middle-of-the-road pop soon chased from the charts by rock. Hi-fi was all the rage by the mid-1950s, but the decade’s most innovative records, including Paul’s and many of Miller’s, even some of the latter’s ickiest, could have been marketed as “No-Fi,” inasmuch as fidelity to an idealized live performance was no longer the goal, at least in pop.)

But I digress. Following “How High the Moon” and his other hits with Ford-and for upwards of 30 years, until he began his long incumbency fronting a trio Monday nights at the New York jazz club Fat Tuesday’s-Paul’s presence in jazz diminished even as his pop legend grew. A musician’s perceived jazz bona fides, or lack of them, are often entirely based on the company he or she keeps, and the notion that a jazz musician is someone who plays with fellow jazz musicians is a tautology to live by until someone comes up with a concise but comprehensive definition of “jazz.” American Made, World Played, Paul’s final album, released in 2005 as he turned 90, featured a parade of rock dinosaurs presumably influenced by Paul (or at least playing the Gibson bearing his name): Eric Clapton, Peter Frampton, Steve Miller, Keith Richards, Joe Perry, Richie Sambora, Billy Gibbons and the like (not to mention the dubbed-in ghost of Sam Cooke). But Paul’s nearly forgotten early discography-orphan sessions recorded for radio transcription services and short-lived independents during World War II and just after-introduces an entirely different cast of characters: Peggy Lee, Art Tatum, Sweets Edison, Joe Venuti, Jay McShann, Eddie South, Willie Smith and Eddie Heywood, among others.

To read the rest of this story, purchase the issue from the Apple Newsstand. Print and digital subscriptions are also available.

When you’re on TV, everybody knows you, or at least thinks they know you. Take Kevin Eubanks, who was on NBC’s Tonight Show five nights … END_OF_DOCUMENT_TOKEN_TO_BE_REPLACED

Jimmy Katz leads many lives. He is the preeminent currently active jazz photographer, and has shot more than 200 magazine covers and over 600 recording … END_OF_DOCUMENT_TOKEN_TO_BE_REPLACED

Take a look at Blue Note Records’ release schedule for 2022 and it’s hard to miss the significant percentage of electronic-oriented music. In March, the … END_OF_DOCUMENT_TOKEN_TO_BE_REPLACED

Those who are only familiar with bassist Martin Wind’s jazz credentials—both as a leader and as a first-call sideman for Bill Mays, Dena DeRose, Ken … END_OF_DOCUMENT_TOKEN_TO_BE_REPLACED