Skip to content
Become a member and get exclusive access to articles, live sessions and more!
Start Your Free Trial
Home > Features > The Timeless Modernism of “Shuffle Along” 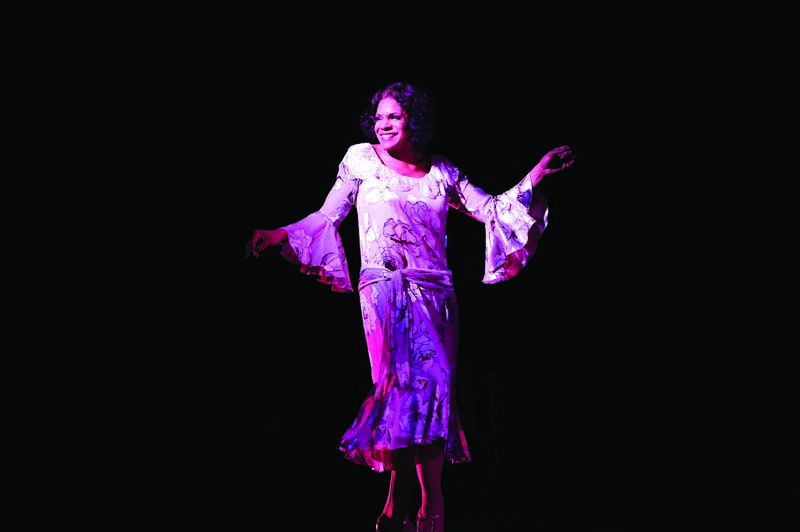 Audra McDonald in "Shuffle Along, or, the Making of the Musical Sensation of 1921 and All That Followed" 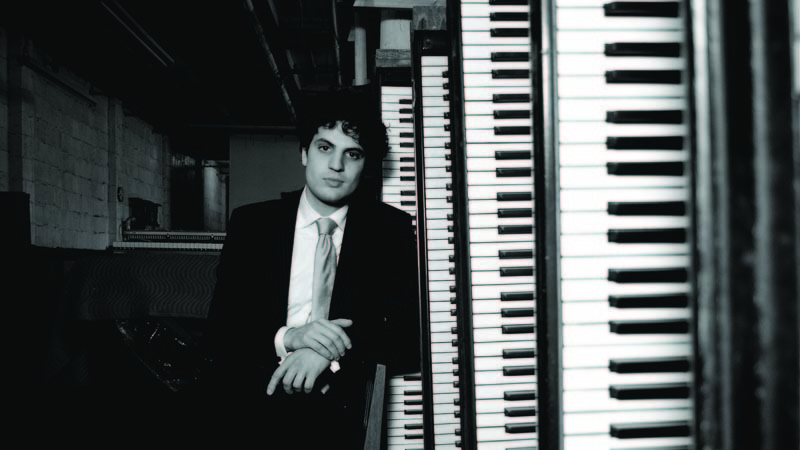 Ehud Asherie, who interprets "Shuffle Along" on a recent album

With the house lights up, the curtain down and ticketholders still finding their seats, you could already hear them tapping. It was minutes to showtime at New York’s Music Box Theatre in late June, and the virtuoso cast of Shuffle Along, or, the Making of the Musical Sensation of 1921 and All That Followed was warming up, furiously. Then through the hall came a loud, punctuated cheer-the cast again, still behind the curtain, after the preshow group huddle. The whole audience felt it, like plane engines revving right before takeoff: the buildup to an immense blast of creative exertion.

Starring Audra McDonald, with direction by George C. Wolfe and choreography by Savion Glover, this Shuffle Along was not the original Shuffle Along, the landmark musical created by songwriter and stride pianist Eubie Blake, vocalist/lyricist Noble Sissle and the comedy team of Flournoy (or F. E.) Miller and Aubrey Lyles. Rather, it’s a story about the show-the first Broadway musical, as one onstage narrator put it, to feature a jazz score. It’s the story of complex human relationships and cultural politics at a transformative period in time. It’s also, I would argue, part of a welcome development, a historical turn that’s become more evident in jazz and perhaps the arts in general.

As I left the theater, I recalled other things I’d seen and heard recently. There was Maurice Peress conducting Vince Giordano’s Nighthawks Orchestra at the Town Hall, in a full restoration of Paul Whiteman’s 1924 Experiment in Modern Music. Or Catherine Russell, daughter of legendary bandleader Luis Russell, reviving Sy Oliver’s infectious three-part vocal arrangements at Jazz at Lincoln Center. Or Ethan Iverson’s lecture series on stride piano (touching on Eubie Blake’s seminal “Sounds of Africa”) at the National Jazz Museum in Harlem (NJMH). Or, for that matter, Ehud Asherie’s solo piano CD for Blue Heron devoted to the Shuffle Along songbook.

The music and culture of jazz’s earliest decades are sometimes seen as fusty and old, qualities the lay public tends to attribute to jazz as a whole. But today that’s changing, thanks to bands and artists like the Hot Sardines, Bria Skonberg, the EarRegulars, the Fat Babies and the Ghost Train Orchestra; scholar-advocates like Loren Schoenberg of NJMH and Ricky Riccardi of the Louis Armstrong House Museum; and events like the New York Hot Jazz Festival, with its annual daylong blowout and its own dedicated room at Winter Jazzfest. There’s a growing space and appreciation for this music, not as nostalgia or ironic posturing, but as a wellspring of beauty, technical brilliance, sheer irrepressible fun and, yes, straight-up undeniable modernism.

That’s what radiated from the stage at Shuffle Along. McDonald, undaunted by pregnancy, danced, acted and especially sang her heart out as Lottie Gee. Brian Stokes Mitchell and Billy Porter were on fire as Miller and Lyles, deeply drawn characters whose conflicted engagement with blackface is central to the show. Brandon Victor Dixon and Joshua Henry were radiant as Blake and Sissle. You had to look closely at the Playbill, but the pit orchestra included jazz stalwarts in drummer Alvester Garnett, reedists Bill Easley, Mark Gross and Jay Brandford, trumpeter Alphonso Horne and trombonist Jason Jackson, among others. The synergy between the band and the company on the tap numbers, one bravura showpiece after another, was electrifying.

In Act Two the jazz story-within-the-story takes a fuller shape. “That uptown beat/Rules the street/And it’s just begun!” sing the tappers, driving home how Shuffle Along gave syncopation a new level of exposure and boosted African-American performers in the industry for years to come. Another scene depicts a rehearsal where Blake is mocked as “Eubie von Strauss” for his corny waltz arrangement of “I’m Just Wild About Harry,” a signature number. Lottie Gee summons a young male tapper to shift the beat to an “uptown” 4/4, making it something funky, closer to the early big bands.

Asherie plays both versions, waltz and 4/4, on his solo-piano tribute to Shuffle Along. Whereas Gee (in 1921) speaks the very word “waltz” with disdain, Asherie approaches it as an heir to Max Roach, Bill Evans, John Coltrane and all those who opened up the waltz to swing. It brings to mind critic Dan Morgenstern’s description of jazz as “a circular art.” It’s all intertwined.

Sadly, on the very day I attended came news that Shuffle Along would close on July 24, after just 100 performances and 38 previews-ironic given the plucky underdog status of the original production. Ticket sales, initially robust, were cratering in the run-up to McDonald’s departure on maternity leave. The producers saw big losses ahead.

Rhiannon Giddens, formerly of the Carolina Chocolate Drops, was set to replace McDonald, but she will not. Both leading ladies have publicly expressed their heartbreak. It’s a rough end to Broadway’s best jazz-related show in quite some time. But “even so,” as F. E. Miller’s character says, in the very last words before the curtain falls. Even so. In 2016 as in 1921, the conversation on early African-American music has changed and the bar has been raised.

When you’re on TV, everybody knows you, or at least thinks they know you. Take Kevin Eubanks, who was on NBC’s Tonight Show five nights … END_OF_DOCUMENT_TOKEN_TO_BE_REPLACED

Jimmy Katz leads many lives. He is the preeminent currently active jazz photographer, and has shot more than 200 magazine covers and over 600 recording … END_OF_DOCUMENT_TOKEN_TO_BE_REPLACED

Take a look at Blue Note Records’ release schedule for 2022 and it’s hard to miss the significant percentage of electronic-oriented music. In March, the … END_OF_DOCUMENT_TOKEN_TO_BE_REPLACED

Those who are only familiar with bassist Martin Wind’s jazz credentials—both as a leader and as a first-call sideman for Bill Mays, Dena DeRose, Ken … END_OF_DOCUMENT_TOKEN_TO_BE_REPLACED