Skip to content
Become a member and get exclusive access to articles, live sessions and more!
Start Your Free Trial
Home > Features > The Impulse Records Story: The House That Trane Built 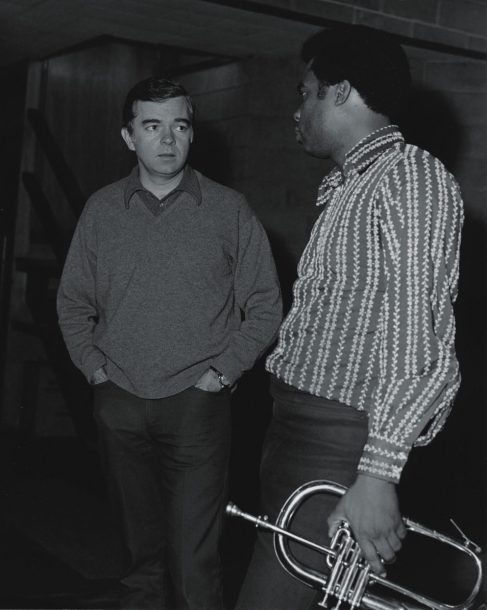 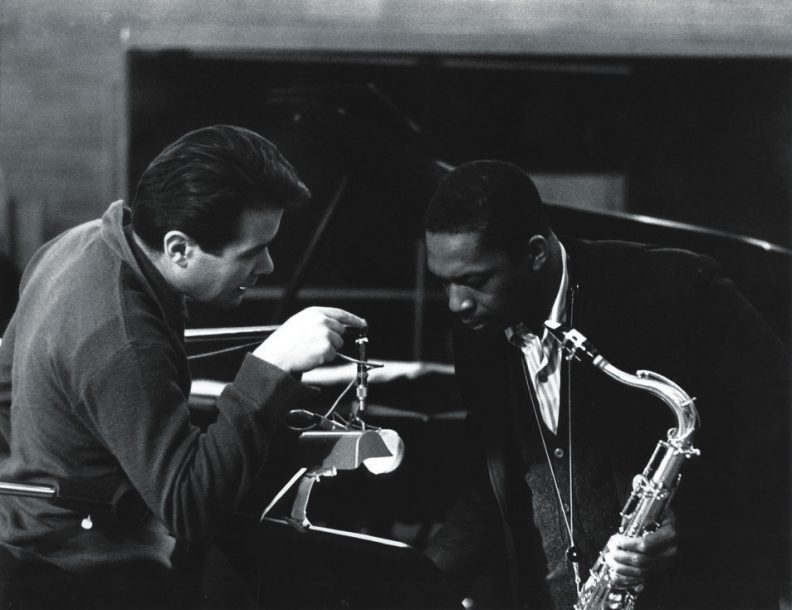 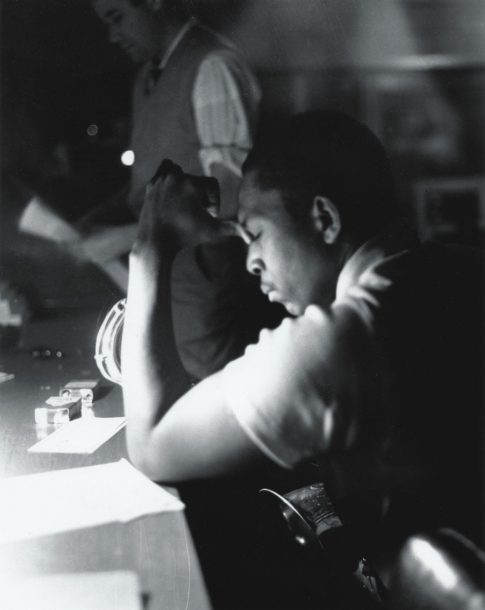 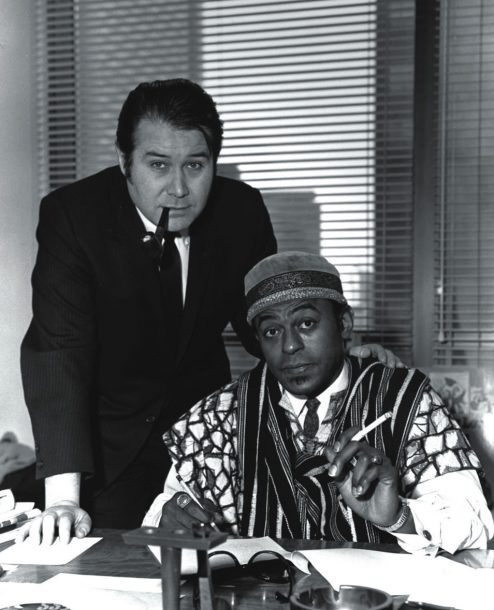 Bob Thiele signs Archie Shepp to an Impulse contract in 1964 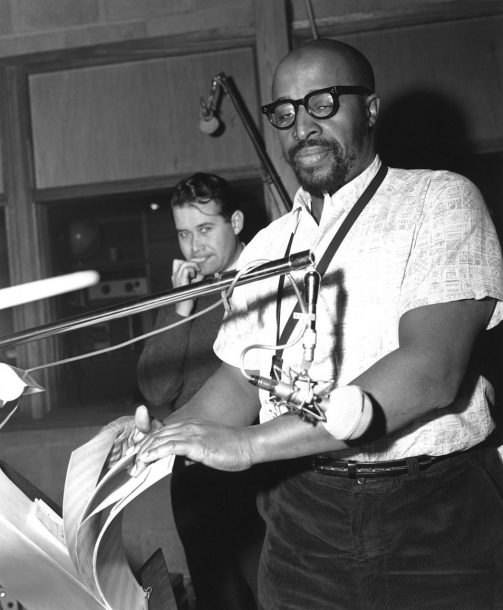 Tracing the present state of Impulse necessitates navigating a dizzying series of late-’90s corporate mergers that ultimately created the global media group Vivendi-Universal, which effectively joined MCA with PolyGram, another jazz-rich major label. All music-oriented divisions in the conglomerate now operate under the rubric UMG (Universal Music Group), which in turn placed all jazz-related activity in the hands of VMG: the Verve Music Group.

Verve’s business is still primarily the reissue business, the majority of its efforts focused on securing unreleased material and developing new ways to package old titles from a wealth of vintage catalogs: all that was Verve, Mercury and EmArcy now share corporate residency with Decca, Commodore, Chess, GRP and, of course, Impulse. Part of the fallout of the MCA-PolyGram merger in 1998 was Impulse being relegated to reissue projects only by February 1999. With the sole exception of McCoy Tyner Plays John Coltrane in 2001, a title tailor-made for the orange-and-black design, Donald Harrison’s Free to Be was the label’s last new release.

Yet even as Verve’s present-day jazz stars—singer/pianist Diana Krall, saxophonist Wayne Shorter, organist Jimmy Smith—add to Verve’s coffers, it is the catalog that still accounts for the majority of the company’s income.

“It can range from roughly 60 to 80 percent, depending on the business year,” states Michael Kauffman, Verve’s senior sales VP. “When we don’t have a big release, a Diana Krall or a George Benson, the catalog sales are going to be higher.” Accordingly, Verve makes sure their leading catalog titles—led by Impulse—are marketed with as high a profile as possible. In 2000, Kauffman reports, “We initiated what we call our top 10 ‘Desert Island’ discs. There’s Ella and Louis, Getz/ Gilberto, Count Basie’s April in Paris, Billie Holiday’s Lady Sings the Blues. But the only person on the list twice is Coltrane: John Coltrane and Johnny Hartman, and of course, A Love Supreme.”

Ron Goldstein, Verve president and CEO, highlights Coltrane’s best-known recording as proof of the company’s mission of keeping the best jazz recordings in print. “In the best way possible, A Love Supreme defines our goal of representing jazz music that is both creatively brilliant and commercially successful. It is probably the most important single album under the Verve Music Group umbrella of labels.”

Yet there are still times when the best music and best intentions are simply not enough to make the reissue business an easy one. Take, for example, the recent “Deluxe Editions” of the 1962 albums Coltrane and Ballads, which include the original released material plus a wealth of unused takes and false starts. “In ’98, we put out the popular Classic Quartet box with a great booklet and eight discs,” reports Ken Druker, Verve’s head of catalog development, “and called it The Complete Impulse Studio Recordings.”

Meanwhile, Thiele, who passed away two years previously, had donated his collection of recordings and LPs to his New Jersey high school, which eventually passed the reel-to-reel tapes on to Rutgers University’s Institute for Jazz Studies. There, Institute head Dan Morgenstern auditioned the tapes in 2000 and, realizing that some were never-heard Coltrane session masters, returned them to Verve. Adds Druker: “So we immediately began working on them and scheduled them for release in 2002. They came out and of course the e-mails started—’Why did we hold these back in ’98?’; ‘Do we know what the word “complete” means?’ [Laughs] You can’t win.

“We’re very proud to have the entire range of jazz in our catalogs here at Verve, and Impulse holds a very crucial and unique place,” Druker maintains. “In my opinion, the spirit of the avant-garde and musical exploration of the ’60s and ’70s was best captured at that label.”

Other executives respond with similar diplomacy when asked specifically of Impulse’s relative standing within the company’s overall catalog picture; no one seems willing to grant top-dog status to any one artist, album or label. Nonetheless, a recent visit to Verve’s corporate offices in Manhattan offered a revealing discovery. Hanging in the company’s main boardroom, overlooking sleek furniture, modern stereo equipment and the like, are five portraits and one gold album. All celebrate one artist alone: John Coltrane.

Ironically, as part of a general wave of interest in the label, the titles causing the most derision sell best. In numbers and formats unforeseen decades ago, the demand continues to rise for Impulse titles by Max Roach, J. J. Johnson and Count Basie as much as they do for Alice Coltrane, Yusef Lateef and Albert Ayler. And, of course, John Coltrane. Verve’s commitment seems steady; the label has chosen to not only keep most of its vintage material in print, but even invest in licensing material outside its catalog for release, such as Coltrane’s last recorded performance in 1967 at the Olatunji Cultural Center and his only live performance of A Love Supreme. Verve often solicits support and participation of the Coltrane family in its projects. In 2001, Alice Coltrane penned the liner notes to a single-CD collection of Coltrane’s inspirational numbers titled Spiritual, while Ravi Coltrane, John’s oldest surviving son, contributed his own words to the upcoming Deluxe Edition of A Love Supreme.

Near Los Angeles, on a Universal Studios backlot bordering on a handful of sun-baked movie sets, a small warehouse houses most of Verve’s expansive musical archive. There, shelved in a darkened, climate-controlled environment, the sound and soul of Impulse is stored, waiting to be pulled down for the next reissue project. “That is the best source for the music, but the object itself held no fascination for me,” admits now-retired Ed Michel. “I long ago gave up any sense of mysticism associated with it. It’s just a plastic base with metal oxide on it—it’s just a reel of tape.”

Like Michel, others who helped steer Impulse through its 40-year life—Esmond Edwards, Creed Taylor, Steve Backer—have settled into a life of semirepose.

Taylor keeps an office in Manhattan and has seen his publishing holdings blossom anew as the hip-hop world turns to the funk-driven CTI grooves for samples.

Backer is called in intermittently to lend his expertise to catalog projects at Verve, often teaming with Michael Cuscuna (the two worked side-by-side to produce the Classic Quartet box set). He recently took on the role of executive producer for the reactivated Savoy label.

Cuscuna, who also runs his own jazz imprint, Mosaic, licensing material from a number of jazz catalogs, continues to be the man the sun sees least. The hours locked away in the archives and studios assure his pallor and his reign as the top hands-on reissue specialist, brought in by Sony, Blue Note and Verve to bring to light unheard tracks by Charlie Christian, Wayne Shorter and John Coltrane, to name but a few upcoming projects.

Until the day he died from kidney failure in 1996, Bob Thiele never stopped hustling. Through the ’70s and into the ’90s, he secured financing for a series of labels with colorful names like Flying Dutchman (best known for introducing Gil Scott-Heron’s pre-rap word-jazz fusion), Dr. Jazz and Red Baron. A year before his demise, he co-wrote his autobiography What a Wonderful World with Bob Golden, who recalled that—even at the end of a long career—the producer’s passion was undiminished. “He was one of the great hobbyists, like [jazz producer] John Hammond. From the time he was a teenager, he was always just fascinated with this world of jazz that accepted him and his formative excesses. And he never lost that enthusiasm.”

One noteworthy musician would agree. Ravi Coltrane, in the mid-’90s a young arrival on the jazz scene, was actively dodging a number of generous offers to record an album of his father’s music.

“A lot of guys came after me, all with dollar signs in their eyes,” he says. “I had dinner with Bob a few times and he’d always bring it up, but with him it was different. He’d say, ‘Come on, it’ll be neat.’ I’m sure he was thinking of the sales too, but with him there was this sense of fun—that it’d really be an enjoyable project.”

Of the many who steered Impulse through its four decades, it is arguably the union of Thiele and Coltrane—the confluence of their respective spirits and contributions—that crystallizes what made the label so daring and enduring. Impulse may have been the “House that Trane Built,” but according to Dan Morgenstern, it was Thiele who followed his intuition and allowed it to happen.

“I mean, he didn’t try to tell Trane what to do. I don’t think he could have, because basically I don’t think he had any idea of what Coltrane really was doing. But he had enough sense to let him do what he was doing, to package it and promote it. He deserves a lot of credit for that.”

Thank you to Bob Golden, Creed Taylor and Steve Backer for their input and images.

Ashley Kahn is author of A Love Supreme: The Story of John Coltrane’s Signature Album and Kind of Blue: The Making of the Miles Davis Masterpiece. He lives in New Jersey and is considering a permanent wardrobe change to orange-and-black to assure a lengthy stay on this planet. Originally Published September 1, 2002

When Enrico Rava recorded The Song Is You (ECM), his new album of duets with pianist Fred Hersch, in Lugano, Switzerland, he was just out … END_OF_DOCUMENT_TOKEN_TO_BE_REPLACED

The title of trombonist/composer Kalia Vandever’s second release, Regrowth (New Amsterdam), follows logically from the botanical metaphor of her 2019 debut, In Bloom. The new … END_OF_DOCUMENT_TOKEN_TO_BE_REPLACED

If we’re going out on a limb and calling the music that trombonist, vocalist, and songwriter Natalie Cressman makes—as soloist, as side-and-session person, in a duet … END_OF_DOCUMENT_TOKEN_TO_BE_REPLACED

When Jennifer Hartswick checked into a temporarily shuttered bed and breakfast in the winter of 2021, relaxing and writing were both on the agenda. Spending … END_OF_DOCUMENT_TOKEN_TO_BE_REPLACED