Skip to content
Become a member and get exclusive access to articles, live sessions and more!
Start Your Free Trial
Home > Features > The Double Life of Jazz Bassist Ike Sturm 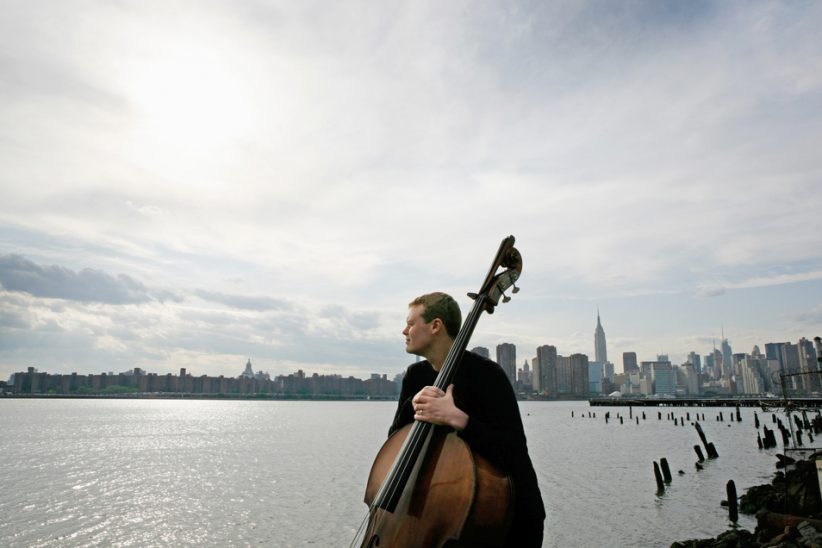 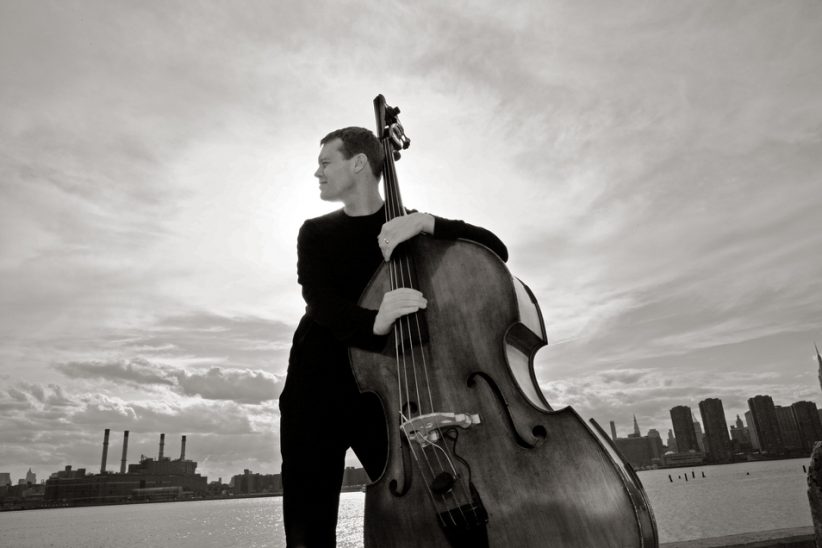 On Sunday, November 15, bassist Ike Sturm will celebrate the official release of his self-produced JazzMass recording with a special performance at St. Peter’s Church, where he works as the jazz music director. The performance will feature most of the original players on the CD, including Donny McCaslin, as well as a choir with singers from St. Peter’s, the Union Seminary and the jazz community..

Despite its decidedly secular origins, jazz has a long-standing connection to religion, in part because many jazz musicians got their start playing music not in a conservatory, but in a church..Many jazz artists have composed and performed music with a decidedly religious or spiritual bent, while a few, such as Duke Ellington and Dave Brubeck, have gone so far as to compose material for use in mass or services. In turn, an increasing number of churches have embraced jazz in its services. So St. Peter’s Church on Lexington Avenue in midtown Manhattan is not the only church to incorporate jazz into its services and programs. Even a Lutheran church in my suburban Maryland neighborhood boasts of its weekly jazz mass. But St. Peter’s has not only led the way in bridging the two worlds, but it continues to be a focal point for jazz-related services.

Like most movements or trends, it began with the vision of one man. The Reverend John Gensel who brought jazz to that church many years ago. Nat Hentoff, in his first piece for JazzTimes in 1998, remembered his unique position in the jazz world: “When Pastor John Garcia Gensel entered a jazz club, as he very often did, he was warmly welcomed by the musicians-and by those of the laity who had come to know him as an integral part of the jazz scene. Pastor Gensel was on the staff of Saint Peter’s Church in New York, but he had a special beat, as journalists say. His ministry was to serve the jazz community. He presided at memorial services for jazz musicians who had finished their last chorus. And early every Sunday evening, he was there to present-and manifestly enjoy-jazz vesper services. ”

Sturm was very aware of Gensel’s legacy. “I had heard about him before I came to NYC. My father is a jazz musician [Fred Sturm, head of the jazz program at Eastman School of Music]. Unfortunately I never met Reverend Gensel, but his legacy has an effect. You always feel it. There’s this sense of someone who’s come before you and all the heart and dedication that they put in. I don’t take it lightly.”

However, Sturm is quick to point out how important it is to keep the church’s music program pointed toward the future. “In the past, the idea of doing jazz vespers was an exceptional thing. Now it’s pretty common. I don’t know the numbers, but there’s no question that there are a lot out there. We’re always discussing now what the next step will be.”

In some regard, Sturm’s creation of the Jazzmass is part of that next step. He created the piece originally to salute Gensel’s successor Reverend Dale Lind who recently retired. “I wanted to honor him with a piece. But my dream for this project is to share it.” Lest you think Sturm is just another musician hocking his wares in the marketplace, the reality is that his interests are much more altruistic and communal. “The idea is to bring the music to a community with the local musicians and put everything together. I wanted it to be a community-based project, with churches bringing people together to work on music.”

Indeed, the structure and arrangement of the piece was created with the resources of your average church in mind: basic jazz group, plus a choir and string section. “The parts for the strings and choir are pretty straight,” explained Sturm. Perhaps the most impressive thing about the work is its accessibility. The music is familiar, yet interesting. The arrangements are arresting, but not jarring, with simple melodies and beautiful harmonies.

Was that part of his plan to make the music so beautiful that non-religious folks might not know they’re listening to church music? “To be honest, I didn’t think about it. I brought my own interests to it. All of the musical influences in that piece-gospel, spirituals, hymns, jazz-are part of my musical heritage. And I’m used to taking all that different stuff and putting it into a modern context. I like music that has its feet in different areas.

While working on the piece, he experienced for himself how separate the secular and spiritual communities could be. In one of the early performances of the piece at Union Seminary, Sturm used students from nearby Manhattan School of Music. Many of the students told him that they had never noticed that famous church in their neighborhood. “I’d like to see those worlds collide.” And it goes both ways. “For people that come from a religious background with limited experience with jazz, this music gives them a chance to hear and do something different. People seem to appreciate it from wherever they come from.”

Now that the piece has been done, Sturm is most gratified that it’s inspired other musicians to compose similar pieces. “I hear all the time, ‘I want to write something like that!’ There are a few things out there-by Duke Ellington or Dave Brubeck, but people are hungry for new material.”

For more information about Jazzmass and Sturm’s work in and out of the church, go to his web site.

The last time Hilario Duran, the 69-year-old Cuban Canadian piano master and composer, teamed up with another pianist was in 2017, when he performed duets … END_OF_DOCUMENT_TOKEN_TO_BE_REPLACED

“Midnight Waves,” a highlight of Joey Alexander’s sixth album, Origin, describes the nocturnal ocean off Bali, where the teenaged pianist and his parents returned home … END_OF_DOCUMENT_TOKEN_TO_BE_REPLACED