Skip to content
Become a member and get exclusive access to articles, live sessions and more!
Start Your Free Trial
Home > Features > The Cult of the Telecaster 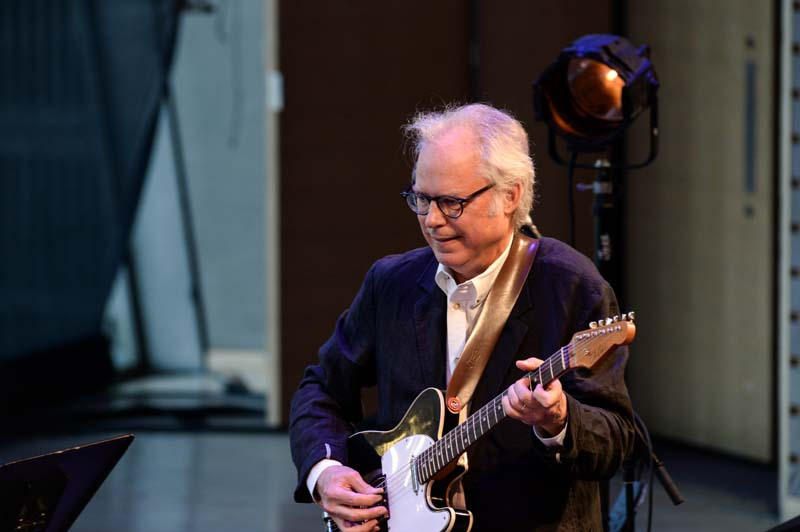 Bill Frisell playing a Tele copy by J.W. Black Guitars at Jazz at Lincoln Center in 2014 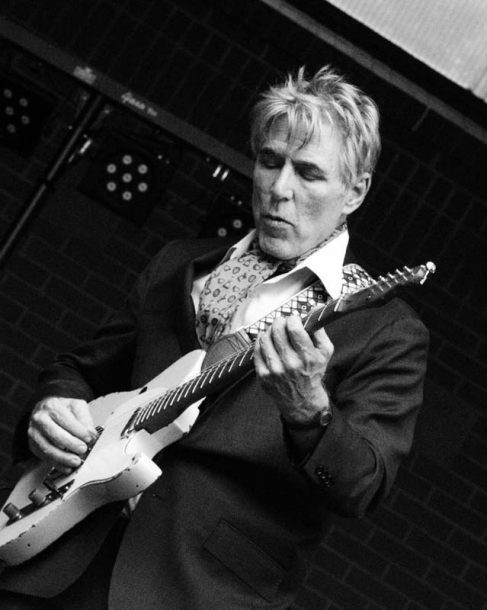 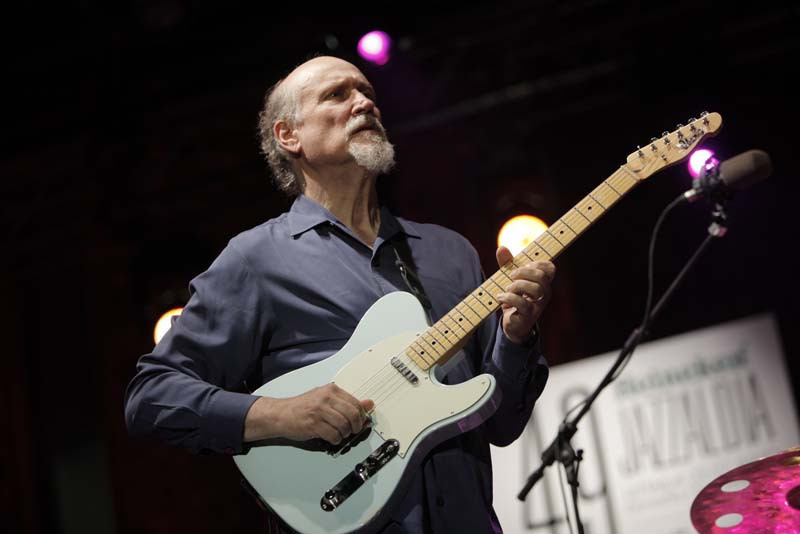 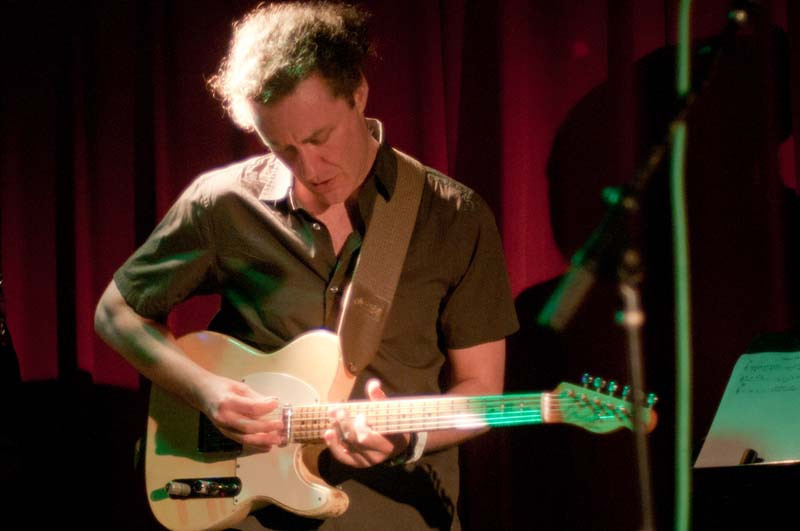 The high wall that stretches along the left side of the Guitar Center near Manhattan’s Union Square is an excellent place to survey the current market of mass-produced electric guitars. I do this on a semi-regular basis, because I love electric guitars and I sometimes get homesick; Guitar Centers tend to be identical no matter what city or suburb they’re located in.

If you make these pilgrimages again and again over a number of years, the assortment of guitars on that wall can seem static, but only in a way that proves old adages about not fixing broken things: Electric guitars are a remarkable example of industrial design that was refined, even perfected, close to the inception of its industry. The Fender instruments, including Stratocasters and a stock of Jazzmasters and Jaguars that has grown in recent years to meet demand from indie-rockers, extend from behind the cash register and out into the melee of the showroom. Occupying only their fair share of wall space are variants of Fender’s Telecaster-the oldest of all the guitar models on view and perhaps the most perfect.

The Telecaster is generally regarded as the first mass-produced solidbody electric guitar. In its standard form, the instrument features a body shaped from a single type of wood, particularly ash or alder, with a single cutaway that allows access to the upper frets. Mounted in the body are two single-coil pickups, one close to the neck of the instrument and another angled near its bridge. (In guitar-speak, single-coils are the more treble- and midrange-oriented companions to fuller-sounding humbucking pickups, like those on the Gibson Les Paul; single-coils can create a buzz or hum, which humbuckers, consisting of two coils, cancel out.) Classically, the Telecaster has a neck wherein the frets are fitted directly onto the maple wood; there is no rosewood or ebony fingerboard, though it’s not uncommon to see a Telecaster with a proper rosewood fingerboard.

Over the past 65 years, on account of its clear, honest sound and workmanlike durability and affordability, the model has been a staple in all sorts of American musical styles and situations, from dance bands and studio work to blues, rock and roll, R&B and especially country; no other guitar has a more dedicated allegiance to a specific genre than the Telecaster does to the music of Nashville. In the same way, no other single guitar model has seen such a large, enthusiastic and codified culture develop around it. Just as the elegant yet modular design of the Ford Coupe bore a society of hot-rodders with its own heroes and vernacular, the Telecaster harbors a subset of guitar enthusiasts who endlessly modify their instruments and revere a lineage of musicians referred to as Telemasters-players like Roy Buchanan, Danny Gatton and Arlen Roth, who’ve mixed and matched American styles with a homespun, trickster-like virtuosity that exploits the specific design elements of the guitar. But in modern jazz, where the tone of choice is so often the thick, warm, matte-finish sound associated with high-priced instruments handcrafted by expert luthiers, the Telecaster and its high-treble calling-card tone-a.k.a. “twang”-have been an anomaly. Or so it would seem.

In the past year alone, I’ve seen the Telecaster-and many custom-built Tele-style guitars not manufactured by Fender-played across the spectrum of current jazz styles, by many of the most important jazz guitarists working today. In the summer of 2014, there was John Scofield at the Umbria Jazz Festival in Perugia, Italy, traversing postbop-inflected Afrobeat, funk and fusion using a Tele copy made by the Japanese brand Ibanez. During a regular hit at the 55 Bar in Greenwich Village, electric bebopper Mike Stern concocted his signature sound by filtering his namesake Yamaha guitar, an instrument ultimately based on a Tele once owned by Roy Buchanan, through a chorus effect and stereo amp setup. At Iridium in the Theater District in May, Adam Rogers twisted his ’56 Tele through a harmonically savvy, Nashville-flavored blues solo on bassist John Patitucci’s R&B tribute “JLR.” Farther downtown at Jazz Standard in April, Julian Lage, playing a vintage-Tele-styled Danocaster, led a trio on original material that combined astounding jazz learning with the bittersweet tunefulness of American folksong. Bill Frisell, who employed his Tele collection during his recent multi-program residency at Jazz at Lincoln Center, has made the guitar into an inextricable part of his sound and image over the past decade-plus. “It’s one of the first mass-produced electric guitars, and they somehow nailed it right at the beginning,” he tells me.

“It’s so simple, but it’s so versatile. I could just use it for…,” he continues, trailing off. “[I can] just go to any kind of extreme.” Like Frisell’s musicianship, the instrument boasts a rare adaptability as well as a clean-slate purity; in other words, it allows the player to cast a wide stylistic net while seeking out a personal voice. And its telltale characteristics, both physical and tonal, can offer the possibility of an alternative to jazz-hollowbody clichés. As guitarist Jim Campilongo puts it, “To me, Louis Armstrong doesn’t sound like a Gibson ES-175 through a Polytone amp.”

Guitarist Will Bernard bears the bittersweet blessing of virtuosic skill and eclectic taste, making his music a perpetual delight and yet hard to categorize. Maybe … END_OF_DOCUMENT_TOKEN_TO_BE_REPLACED

At 95, Chicago-based guitarist George Freeman is among the world’s oldest active jazz musicians. Although he came of musical age in the 1940s and counts … END_OF_DOCUMENT_TOKEN_TO_BE_REPLACED

When you’re on TV, everybody knows you, or at least thinks they know you. Take Kevin Eubanks, who was on NBC’s Tonight Show five nights … END_OF_DOCUMENT_TOKEN_TO_BE_REPLACED