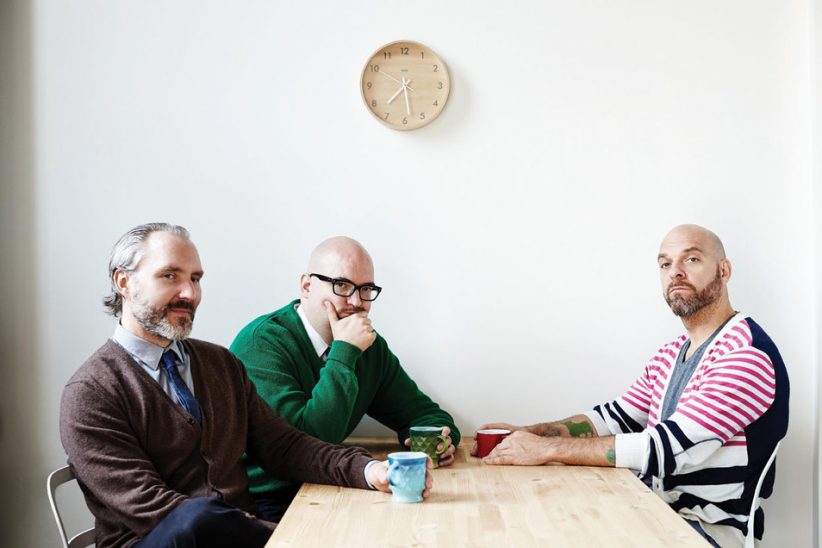 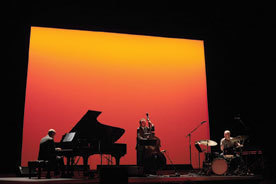 The Bad Plus premiere"The Rite of Spring" at Duke University, March 2011 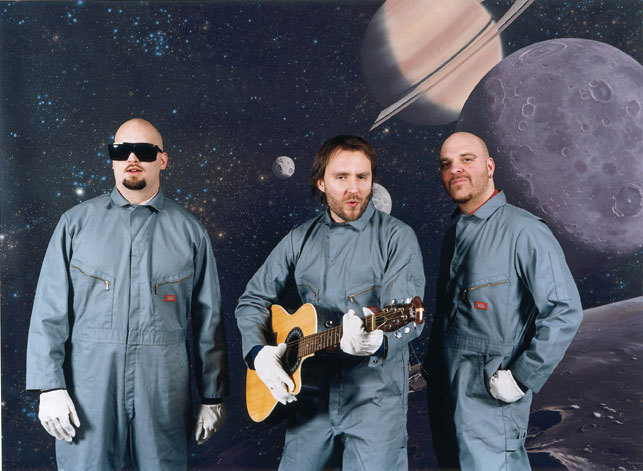 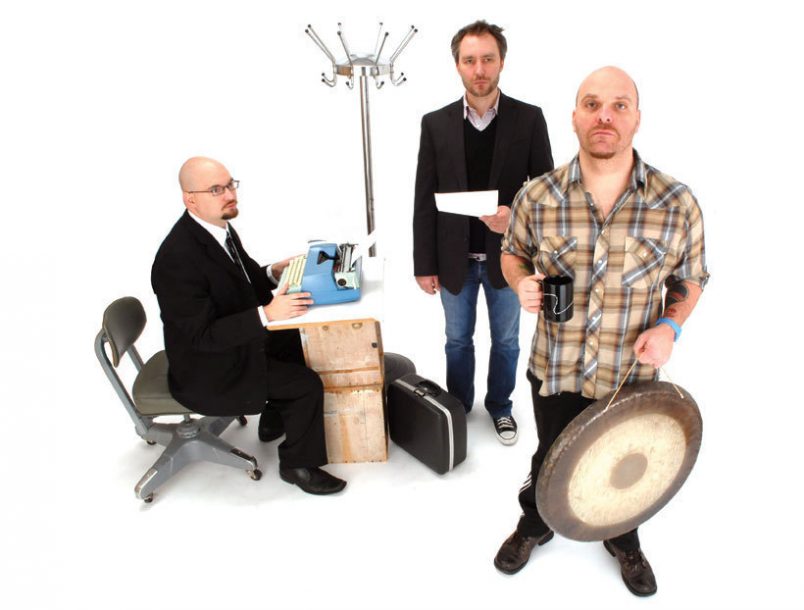 Ethan Iverson is sitting on the couch in his sunlit Brooklyn living room, cradling a cup of espresso and trying out a theory about Igor Stravinsky. “You certainly can argue that prog-rock comes from The Rite of Spring,” he says. “There’s a very literal line.”

Iverson thinks Dave Brubeck belongs on that line too: Like Stravinsky, he made “chanty tunes with odd meters that somehow people liked,” explains the pianist, 41. The same could be said for the Bad Plus, the raucous improvising trio that Iverson co-founded 14 years ago. The band has always made a kind of outsider art, so a mixed lineage feels like the right one.

In March the Bad Plus released their own full-length tangle with The Rite of Spring, Stravinsky’s masterwork. Recorded in a flash after years of preparation, the band’s ninth studio album turns the orchestral work on its side. Its simple piano-bass-drums instrumentation exposes the original score’s stark underbody, with buzzing component parts and grease fires waiting to ignite. Iverson’s piano becomes a fine-pointed instrument, sometimes brittle, sometimes steely; in place of a symphony orchestra, his left hand often collides with Dave King’s kick drum and Reid Anderson’s smoky bass to dispatch full-spectrum booms. This is the Bad Plus’ first album with hardly any improvisation, but it feels intimately connected to their previous work.

Back in 2003, Esquire magazine wondered whether These Are the Vistas-the Bad Plus’ Columbia Records debut, a mash of reconstituted pop tunes and ruggedly quizzical originals-could “single-handedly make jazz relevant again.” Rolling Stone put the disc on its best-of-the-year list. Pitchfork praised it. Parts of the jazz world played along appreciatively, but others wailed a lament: Excuse us-these guys with the cute beards and the Mr. Clean tops, who sound more like Stockhausen than Coltrane? You like them because of their Nirvana cover, and they’re supposed to save The Music? How about some press for Roy Hargrove’s celebrity-studded crossover album, or Nicholas Payton’s provocative one, both released that same year?

Right. And yet. “None of the three of us said that we were the future of jazz,” Iverson reminded JazzTimes in 2004. The Bad Plus had catapulted in just a few years to the top of modern jazz’s minor fiefdom, but in a sense they’d always been working the perimeter, finding places where boundaries could be breached and tendencies tested. These guys were manning a powerful vessel, but they knew it wasn’t a tugboat for anyone’s tradition.

More immediately interesting than all that is what happened afterward. The Bad Plus became one of the least surprising bands in improvised music. Not in a bad way-persistence can prove a point-but in a way that made it hard to write new headlines.

When the Bad Plus first found acclaim, they got on the road quickly, playing more than 100 shows across four continents in 2003 alone. They’ve maintained an equally relentless touring schedule through today, and never once hired a sub. Individually, they haven’t allowed sideman projects to eclipse the trio. King never even moved to New York to join the scene.

So for a decade and a half this trio has tested and retested its formula, often in covers but more thoroughly in subtly disfigured originals. It has continued to make small discoveries within a closed circuit, and reinforced a methodology. “It’s a folkloric music of our own dimensions. I really believe that,” says King, 43. “We’re our own little art project. It’s our little portion of the music that we’ve been able to have an effect on.” The Rite of Spring doesn’t change any of that, but maybe it thickens their portion.

Guitarist Will Bernard bears the bittersweet blessing of virtuosic skill and eclectic taste, making his music a perpetual delight and yet hard to categorize. Maybe … END_OF_DOCUMENT_TOKEN_TO_BE_REPLACED

At 95, Chicago-based guitarist George Freeman is among the world’s oldest active jazz musicians. Although he came of musical age in the 1940s and counts … END_OF_DOCUMENT_TOKEN_TO_BE_REPLACED

When you’re on TV, everybody knows you, or at least thinks they know you. Take Kevin Eubanks, who was on NBC’s Tonight Show five nights … END_OF_DOCUMENT_TOKEN_TO_BE_REPLACED