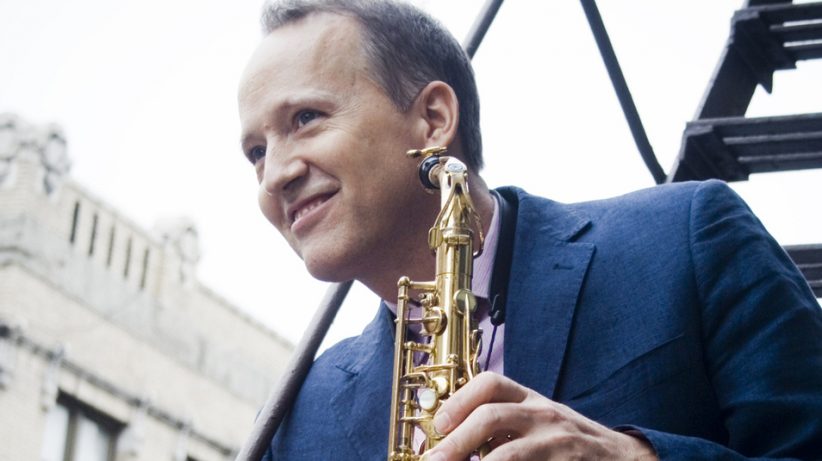 One of Ted Nash’s earliest memories is of his father, trombonist Dick Nash, weeping. The date: Nov. 22, 1963. “I was 3 years old,” says the multi-instrumentalist and composer, recalling the assassination of President John F. Kennedy. “It actually piqued my awareness of what a politician was, what a president was, to see that it affected my father so much.” Nash’s parents were dedicated civil-rights activists in Los Angeles, and that sense of engagement suffuses his longform large-ensemble work Presidential Suite: Eight Variations on Freedom. This piece, now available in a two-disc set from Motéma, presents eight original compositions inspired by both the ideas and sonic characteristics of famous presidential orations from around the world.

Presidential Suite was originally commissioned for Jazz at Lincoln Center, where Nash is a mainstay of the JALC Orchestra’s saxophone section. When first approached, “I was thinking a lot about how much music there is all around us. Whenever anything happens, or anybody speaks … it all has a pitch.” These notions, combined with the natural musicality Nash observed in the voices of great speechmakers, led to the concept of Presidential Suite.

Nash spent months reviewing hundreds of speeches, and discovered those he was most drawn to were connected by the theme of human freedom. “I’ve always felt particularly moved by and attracted to people doing things for the human race,” Nash says, and his musical transcriptions evince this humanism. They also reflect a variety of styles, indicative of the speakers whose words they interpret. “Ask Not – Kennedy,” a blues in F, surges with brassy midcentury Americanism, while “Tear Down This Wall – Reagan” carries a weight-of-history solemnity, bolstered by the impassioned clarity of Marcus Printup’s trumpet. There’s a reggae lilt to the horns and drums of “The Time for the Healing of the Wounds – Mandela”; a bustling, free-jazz tension to “The American Promise – LB Johnson”; and airy saxophones and flute guiding the gently insistent rhythm of “Water in Cupped Hands,” based on an essay from Myanmar President Aung San Suu Kyi.

The words-into-music form of the piece presented challenges throughout the writing process. “When I worked on Churchill,” Nash says, referring to the mournfully relentless “This Deliverance,” “I had to think about how to make sense out of these notes shifting and moving around. I’ve heard a lot of music where, when people reharmonize a standard, they’ll just arbitrarily choose chords that work with the melody notes. But the chords themselves don’t have any cadence. So the challenge was, even though it was atonal and going through several keys, to still have spots where you land somewhere naturally.” With “Spoken at Midnight,” the challenge lay in the even dynamics of Indian Prime Minister Jawaharlal Nehru’s delivery. “Nehru always seemed to stay within about a minor third, so I created a modal situation, where it moved modally through several tonal centers.”

Presidential Suite also offers speech excerpts performed by an array of notables. Nash personally invited actors Glenn Close and Sam Waterston to read Suu Kyi and Lyndon B. Johnson, respectively, while most of the others came onboard through connections with co-producer Kabir Sehgal, who also co-wrote the liner notes with Douglas Brinkley, the celebrated historian and editor of The Reagan Diaries who reads that president’s words here. Nash feels the recording is enriched by the deep connections of the orators to the words they interpret. Senator Joe Lieberman was inspired to public service after seeing Kennedy’s inaugural speech as a young man; William vanden Heuvel, former chair of the Roosevelt Institute, brings conviction to FDR’s “Four Freedoms”; civil-rights activist and ambassador Andrew Young was a friend of South African president Nelson Mandela, and movingly shares Madiba’s message (with support from trombonist Chris Crenshaw).

Librettist and composer Herschel Garfein, also a Presidential Suite co-producer, has strong feelings about this project’s potential role in what has become one of the most rancorous presidential election years in recent memory. “As a father of twins who will be eligible to vote in the 2020 election, I’m truly appalled at the current state of political discourse,” Garfein says via email. “My daughter gleefully watched the Republican primary debates, and would point out the similarities to trash like The Real Housewives or something. And I couldn’t refute her. I hope Presidential Suite can remind us that politics isn’t a dirty word or a reality show.”

Though Nash hopes Presidential Suite will resonate with voters this fall, he also feels its message should not be considered only every four years. “We are much stronger as one race of people,” he says, “and there’s just so much work that we all have to do to make that a reality here. It’s my hope that people will be inspired by the speeches, and then take more responsibility on their own to look around and see what difference they can make.”

Tenor saxophonist Julieta Eugenio was recently reminded of the distinct pleasure one can derive from masters of her chosen instrument. While cooking at home and … END_OF_DOCUMENT_TOKEN_TO_BE_REPLACED

Everything about Israeli-born tenor and soprano saxophonist Eli Degibri is a celebration. You can hear that in his sideman gigs with Herbie Hancock and Al … END_OF_DOCUMENT_TOKEN_TO_BE_REPLACED

It’s a cold March Friday night in New York City, but the crowd inside the Village Vanguard crackles with warmth as it engages with the … END_OF_DOCUMENT_TOKEN_TO_BE_REPLACED

When you hear tenor saxophonist Mark Turner’s name in conversation, it seems to be frequently linked to the notions of mindfulness, precision, and fastidiousness. “That … END_OF_DOCUMENT_TOKEN_TO_BE_REPLACED