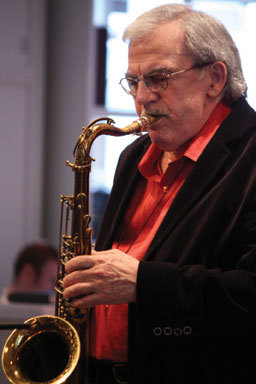 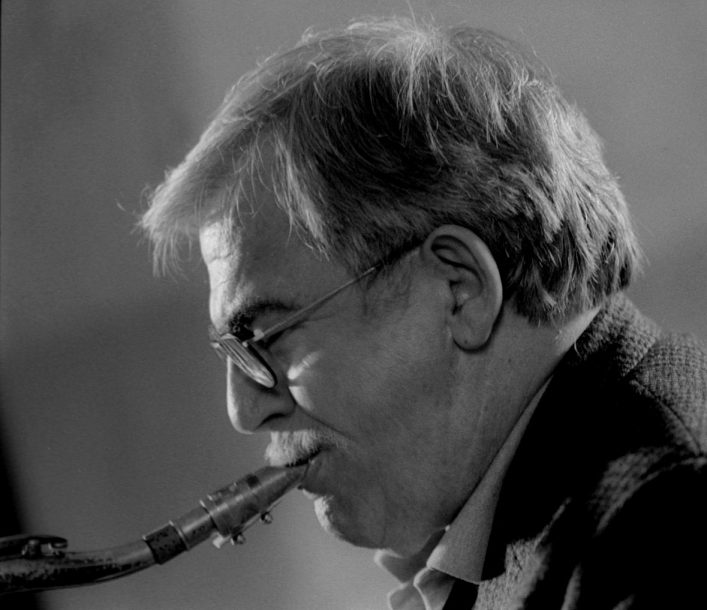 The mustachioed 85-year-old tenor saxophonist Ted Brown prefers to play over the changes to well-known standards. His own compositions, even, are merely fresh lines on top of familiar chord progressions: “Little Quail” is based on “I’ll Remember April”; “Smog Eyes” is his take on “There Will Never Be Another You.” But this is not evidence that Brown is unwilling to try new things; he just wants to be able to play with anyone, anywhere.

“I know some guys up around Boston who’ve [written songs with original changes]. You go someplace to play a session, they wanna play one of their tunes, you can’t play it,” Brown explains in February, seated in the back of a diner near his apartment in the Bronx. “At least if there’s common ground of a standard tune, strangers can get together and play anywhere in the world.”

That thesis was proven correct one evening earlier at the Drawing Room in Brooklyn, where Brown worked with an unrehearsed, unfamiliar small group. Led by the young Washington, D.C.-based saxophonist Brad Linde, the musicians-Brown and Linde on tenor saxes, veteran pianist Freddie Redd, Paul Sikivie on bass, Brown’s son Jeff on drums and alto saxophonist Sarah Hughes on some tunes-were able to unite on pieces like “Sonnymoon for Two” and “Featherbed,” Brown’s version of “You’d Be So Nice to Come Home To.” Those songs allowed Brown to share airy, soulful saxophone thoughts with his son, a mentee (Linde), an up-and-comer (Sikivie) and a contemporary he hadn’t met prior to the gig (Redd) all at once. A warmth filled the air.

From Rochester, N.Y., but high-schooled in California, Brown made his first truly important jazz connections, with trumpeter Don Ferrara and fellow tenorman Warne Marsh, while in the Army from 1946 to 1947. Discharged in February of ’47-Marsh and Ferrara were let go later in the year-Brown moved to New York in the fall of ’48, and in November finally met the blind pianist that his two service buddies had been studying with: Lennie Tristano.

“There were no sessions of any sort [in New York at the time], [but] they used to rent a dance studio or a small theatrical studio for four hours and have a session there,” Brown recalls about his first time meeting Tristano. “And so Lennie held one of those sessions when Warne and Lee [Konitz] had arrived [in New York]. And they invited me to come and listen. And that was great, ’cause that’s the first time I heard Lennie. All of a sudden it was a whole different world.”

When you’re on TV, everybody knows you, or at least thinks they know you. Take Kevin Eubanks, who was on NBC’s Tonight Show five nights … END_OF_DOCUMENT_TOKEN_TO_BE_REPLACED

Jimmy Katz leads many lives. He is the preeminent currently active jazz photographer, and has shot more than 200 magazine covers and over 600 recording … END_OF_DOCUMENT_TOKEN_TO_BE_REPLACED

Take a look at Blue Note Records’ release schedule for 2022 and it’s hard to miss the significant percentage of electronic-oriented music. In March, the … END_OF_DOCUMENT_TOKEN_TO_BE_REPLACED