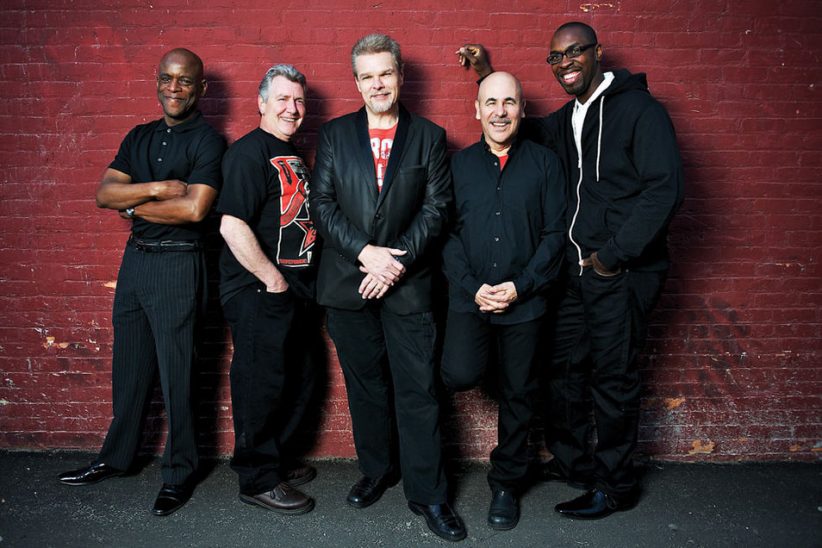 Nearly four decades as an entity, more than 5,000 shows performed and more than 10 million albums sold. So what does Spyro Gyra do for album No. 30? Change the modus operandi.

The Rhinebeck Sessions (Crosseyed Bear), assembled during a three-day recording sprint in the titular small town in the Hudson Valley, boasts the trademark Spyro Gyra sound: catchy melodies led by founding saxophonist Jay Beckenstein, urgent funk and fusion grooves, nods to Caribbean rhythms. But there’s a looser vibe to the music, more of an anything-goes feel than you find in most of the band’s tightly arranged and carefully programmed material.

That effect was purely intentional, Beckenstein, 62, said from his home about 30 miles north of New York City. “The methodology we’ve used really has been about compositions coming from within the band, but individual band members, before we decide what we do, filter their material through me somewhat,” he explained. “What that has caused, for better or for worse, is that pretty well-developed material comes into the process. Individual writers are really attached to the things they’ve developed, and it becomes very scripted; it kind of encourages more post-production, more polishing and more rounding out. In wanting to break that mold, we created a situation where nobody was allowed to bring in material and we didn’t have a lot of time. We were forced into a room together with the clock ticking. They don’t sound like our past [recordings]. For this group, that’s a victory.” That freewheeling approach is most evident on the album’s final track, “Who Knew!,” a bubbling, zigzagging piece that grew out of an impromptu workout, and the aptly titled “Clubhouse Jam,” with its hypnotic rhythms and lacerating sax and guitar lines.

Tom Schuman, the 35-year Spyro Gyra keyboardist who was 16 when he first sat in at some of the band’s shows, was keen on the from-the-hip concept. He, Beckenstein, guitarist Julio Fernandez, bassist Scott Ambush and new drummer Lee Pearson went into the studio with few preconceived notions. “Our only approach was not to have an approach,” Schuman said. “We each had our own skeletal ideas for a song, threw them around and wrote everything together and completed each other’s ideas.

“We’ve always been collaborative,” he continued. “Everyone’s had the freedom to write whatever we wanted to write. But with this one, you left your egos at the door. You had to really trust each other. It took a lot of pressure off. It was just a lot of fun that we captured. There were very minimal overdubs and repairs. That was the greatest thing about making this record: It really is the true outcome of what people see when they see us live.”

The disconnect between studio Spyro Gyra and the in-concert band was pronounced for much of the group’s career. The platinum-selling Morning Dance, with its once-ubiquitous title track, was hugely successful upon its release in 1979 in part because of its timely distillation of multiple styles, Beckenstein said: “We were making a record that mixed and melded a bunch of music we liked-from John Coltrane to Earth, Wind & Fire. A lot of people found something in there that they liked.” The album’s radio-ready sonic imprint was also bolstered by the presence of top-shelf studio players and jazzers, including bassists Will Lee and Jim Kurzdorfer, drummer Steve Jordan, saxophonist Michael Brecker, trumpeter Randy Brecker and marimba and steel drums player Dave Samuels, who later joined Spyro Gyra.

On the road, audiences were sometimes surprised by the fiery, hard-hitting nature of the band’s live performances, because of the contrast with the relatively tame and smoothed-out sound of many Spyro Gyra studio discs. “Back then, it wasn’t so much a touring band that recorded in the studio as it was a touring band and a separate entity that recorded in the studio,” Schuman said.

Added Beckenstein: “Often people would come to see the live show and say, ‘Wow, you guys are really jamming.'”

Fans will get to experience the dichotomy again next year, when Spyro Gyra performs Morning Dance in its entirety at select dates. “It’s a looming challenge,” Beckenstein said. “We really want to do it with love for what it was, because we’re going to have to get over some of it; some of it sounds a bit dated. A debate has emerged on how much to take out dated things. Are we going to do a pure rendition, or just versions of the music?”

When you’re on TV, everybody knows you, or at least thinks they know you. Take Kevin Eubanks, who was on NBC’s Tonight Show five nights … END_OF_DOCUMENT_TOKEN_TO_BE_REPLACED

Jimmy Katz leads many lives. He is the preeminent currently active jazz photographer, and has shot more than 200 magazine covers and over 600 recording … END_OF_DOCUMENT_TOKEN_TO_BE_REPLACED

Take a look at Blue Note Records’ release schedule for 2022 and it’s hard to miss the significant percentage of electronic-oriented music. In March, the … END_OF_DOCUMENT_TOKEN_TO_BE_REPLACED