Skip to content
Become a member and get exclusive access to articles, live sessions and more!
Start Your Free Trial
Home > Features > Space is the Place: Jazz Artists Tap into the Power of MySpace 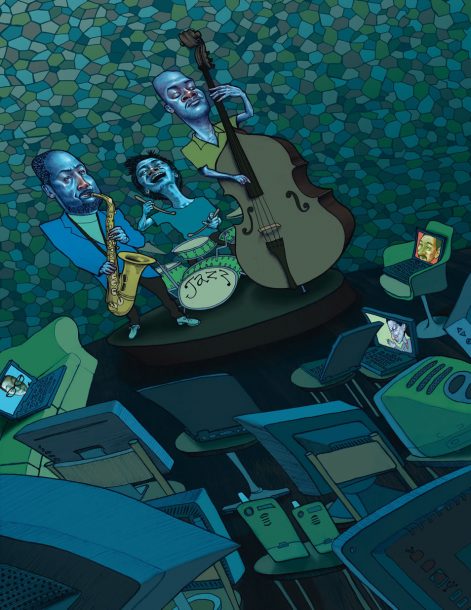 Myspace.com is a great place to troll-for jazz, that is. Once the domain of teenagers and pop-punk bands, MySpace has expanded beyond being a kiddy playground. A recent survey by ComScore Networks reported that 51.6 percent of visitors to the popular social-networking site are 35 years or older.

Jazz is only the 26th most popular genre at music.myspace.com, coming behind comedy (23rd) but well in front of crunk (37th). Yet the current MySpace demographics are more in line with jazz’s typical audience age than one might suspect. Musicians have begun to recognize this, and in the past year it’s become increasingly common to see jazz players advertise their MySpace URLs alongside their homepage addresses.

In Lee Daniels’ film The United States vs. Billie Holiday, the words “Earle Theater, Philadelphia, May 27, 1947” flash onscreen, and one sees a row … END_OF_DOCUMENT_TOKEN_TO_BE_REPLACED

Like an ornery real-estate magnate, the work of Nick Millevoi screams, “Location, location, location.” Whether as a composer or as a guitarist, he makes music … END_OF_DOCUMENT_TOKEN_TO_BE_REPLACED