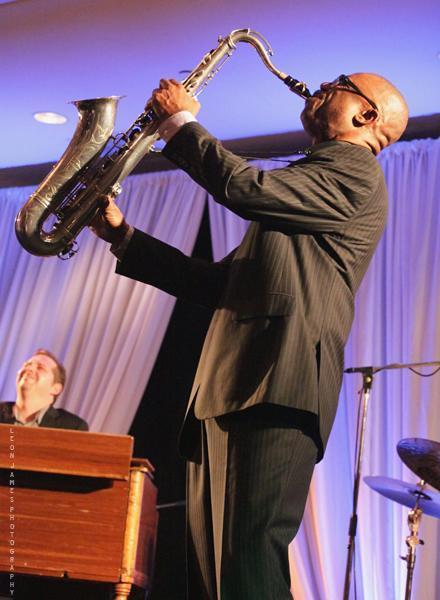 Paul Carr still remembers the day he tried out for the house band at the One Step Down, a small club in Washington, D.C., where a local legend, the pianist Lawrence Wheatley, ran the jam session. It was the mid-1980s, and Carr was a student at Howard University. He’d been sitting in on tenor saxophone for months, so he had a grip on the band’s usual repertoire. But nothing was ever certain with Wheatley, an abstruse figure who dressed in a Monk-like beret and sunglasses and adamantly refused to let his music be recorded. When Carr came up Wheatley drew a wild card, calling the treacherous bebop tune “Dexterity.” Carr had never heard the band play this one.

“I had to look at him and say I didn’t know it,” Carr recalls. “He called another tune, and I looked a bit spacy, so he put his hand on the piano and said, ‘Well, you know, you can just play one gig and quit.'” Of course the saxophonist went home and memorized “Dexterity.” Wheatley called the tune again at the next session, and Carr prepared for vindication. But then Wheatley named the key: D-flat. Uh-oh. “I got through it,” Carr says. But at that moment he was grateful for the leader’s ban on recording: “It was probably horrible.”

Carr got the gig, thanks to a combination of bright, bluesy tenor playing and steadfast grit. Before long he was running his own jam session at Takoma Station, a nearby club. And in the quarter-century since, he’s carried Wheatley’s mantle, becoming one of the most important jazz educators in a city spilling with talent while accruing a following for his own solo career.

The world-renowned trumpeter Terell Stafford first learned the fundamentals of jazz while playing with Carr at Takoma Station in the late 1980s, when Stafford was studying classical music at the University of Maryland. “I called him and said, ‘Do you need a trumpet player?'” Stafford says. “He said yeah, paid me a bit of money, let me sleep on his couch. Paul Carr was fundamental in starting any kind of career I have in jazz.”

He adds, “There was some tough love in there, because that’s kind of how he learned it: He pretty much told me the songs we were playing and to check them out on the recording, and if I had any additional questions we’d sit down and he’d explain it.”

When you’re on TV, everybody knows you, or at least thinks they know you. Take Kevin Eubanks, who was on NBC’s Tonight Show five nights … END_OF_DOCUMENT_TOKEN_TO_BE_REPLACED

Jimmy Katz leads many lives. He is the preeminent currently active jazz photographer, and has shot more than 200 magazine covers and over 600 recording … END_OF_DOCUMENT_TOKEN_TO_BE_REPLACED

Take a look at Blue Note Records’ release schedule for 2022 and it’s hard to miss the significant percentage of electronic-oriented music. In March, the … END_OF_DOCUMENT_TOKEN_TO_BE_REPLACED