Skip to content
Become a member and get exclusive access to articles, live sessions and more!
Start Your Free Trial
Home > Features > Sarah Manning Creates Art Out of Her Environment 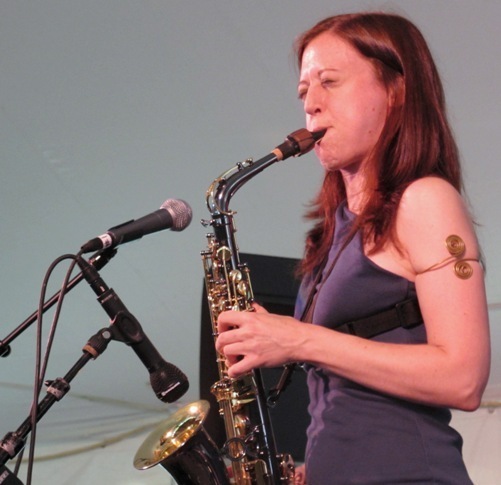 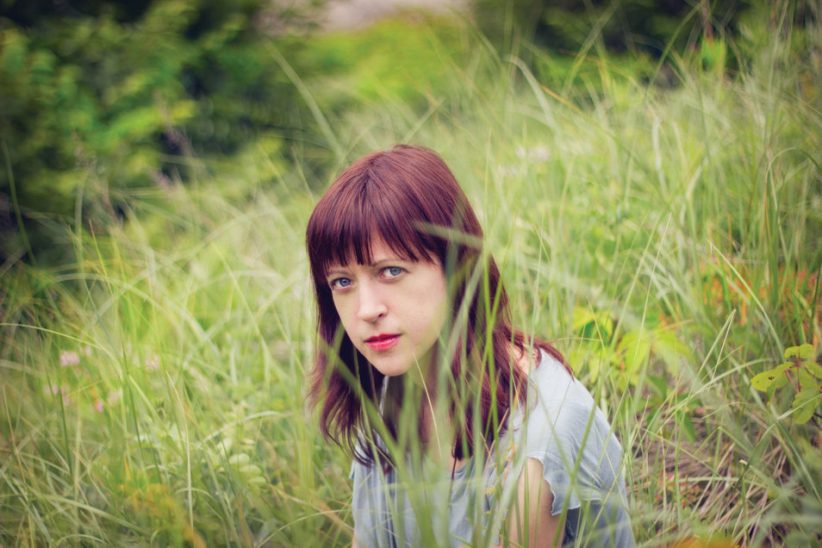 On Sarah Manning’s fourth album as a leader, Harmonious Creature (Posi-Tone), the whole is greater than the sum of its disparate influences and ideas-a New England barn owl, a Bernard Herrmann score, Aaron Copland, Gillian Welch, tricky changes in time, atmospheric soundscapes. The alto saxophonist and composer, who has performed with John Zorn, Zion80 and drummer Allison Miller, among many others, straddles the line between folk and jazz. She brings an eerie dissonance to an Appalachian sound, with a round tone that frequently hangs over the bar. As a vegan and animal rights activist, her relationship with the natural world informs her work deeply. “As humans, we are very disconnected from the natural world,” says Manning, 37. “Nature is enormously powerful, and there is a dissonance there. It’s not just idyllic beauty.”

The album includes eight originals and loosely interpreted covers of Welch’s lilting “I Dream a Highway” and Neil Young’s plaintive ballad “On the Beach.” Several of the originals are composed in 3, favoring the rhythmic pulse of a jazz waltz, and Manning otherwise employs Elvin Jones’ Coltrane Quartet-era ¾ polyrhythmic feel. But timbre and texture are central, and Manning’s alto finds a fertile complement in Eyvind Kang’s viola. In the rhythm section are drummer Jerome Jennings and bassist Rene Hart, who demonstrate their straight-ahead and avant-garde bona fides with admirable restraint. Guitarist Jonathan Goldberger fills out the lineup, using electronic effects to create a dense ambient backdrop. “By bringing me and Eyvind Kang in, she wanted to push it into other worlds,” says Goldberger. “There’s a big contrast for me as to whether I’m bringing color or whether I’m just playing the instrument. … I try to approach the pedals I use as an instrument in and of themselves.”

Following a four-year recording hiatus and a break from performing that allowed her to reflect on her artistic goals, Manning composed four of the album’s tracks at the MacDowell Colony in New Hampshire, where she had a two-week residency in October 2012, staying in an isolated cabin used by Copland in 1956. The American musical forefather inspired “Copland on Cornelia Street,” in which Manning imagined Copland descending into New York City’s Cornelia Street Café, his perfect fourths and fifths juxtaposed in playful dialogue with darker harmonic intervals. (Another savvy harmonic feature worth mentioning is her use of the polytonal Vertigo chord-Bernard Herrmann’s signature in the classic Hitchcock film-that permeates her compositions.)

The gospel-infused “What the Blues Left Behind” came to Manning when she spotted a barn owl at her window; upon further reflection, the melody gradually unfolded. “For me, melody and harmony appear as abstract imagery,” she says. “When you have a melody that’s percolating in your head, it doesn’t stop when you walk away from the instrument.” Her compositional process evolves organically from a single lyrical line, and she retrofits metric modulations in the arrangement as necessary; form mirrors melodic content. “Composition is essentially improvisation slowed down,” she says.

Growing up in Litchfield County, Conn., Manning began playing the saxophone after she heard saxophonist Paul Winter, who lived in a neighboring town. Winter’s work as an environmentalist has incorporated Gaia theory and whale sounds into his compositions. This holistic ethos informed Manning’s graduate work at the University of Massachusetts Amherst, where she studied with Yusef Lateef. The late multireedist exposed her to the Sufi text The Mysticism of Sound and Music and the experiential aesthetic theory of John Dewey, with its “rhythmic crises that punctuate the stream of living.”

Following a stint as a jazz studies major at William Paterson College, Manning transferred to Smith College, majoring in women’s studies, a discipline she later invoked with Shatter the Glass, a feminist jazz collective geared toward using the art form as a political tool to break the proverbial glass ceiling. “I wanted to be a role model for women coming up, but also for the world at large,” Manning says. She cites historically neglected all-female groups dating back to the World War II-era, including the International Sweethearts of Rhythm and Thelma White and Her All Girl Orchestra. Yet, Manning says, such groups tend to perpetuate a dualistic, separate-but-equal model that can undermine women in jazz at the institutional level. Still, she sees hope. “Things have changed a lot. They’re not optimal, but I see a lot more women on the scene,” she says.

Ultimately, Manning focuses more on aesthetics than politics, homing in on the spirit of unity that music can engender. Such was the case with the collective improvisation that led to her new rendition of Young’s “On the Beach,” which escalates until the melody and form unravel at a kind of sonic horizon line. “There are overpowering and overwhelming moments in the music where I can stop thinking about what I sound like, forget all the self-consciousness and experience a true catharsis,” Manning says. “For me, that track was that kind of catharsis. That’s the kind of thing that as a musician I live for.”

Guitarist Will Bernard bears the bittersweet blessing of virtuosic skill and eclectic taste, making his music a perpetual delight and yet hard to categorize. Maybe … END_OF_DOCUMENT_TOKEN_TO_BE_REPLACED

At 95, Chicago-based guitarist George Freeman is among the world’s oldest active jazz musicians. Although he came of musical age in the 1940s and counts … END_OF_DOCUMENT_TOKEN_TO_BE_REPLACED

When you’re on TV, everybody knows you, or at least thinks they know you. Take Kevin Eubanks, who was on NBC’s Tonight Show five nights … END_OF_DOCUMENT_TOKEN_TO_BE_REPLACED