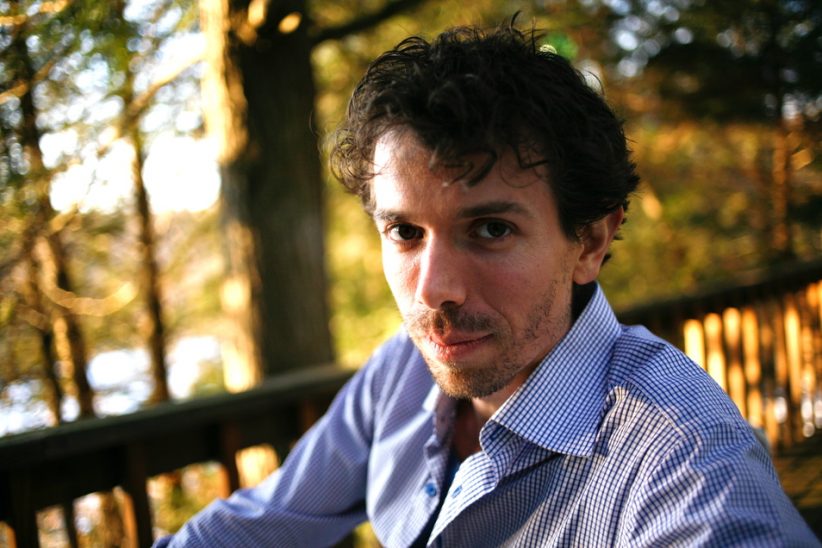 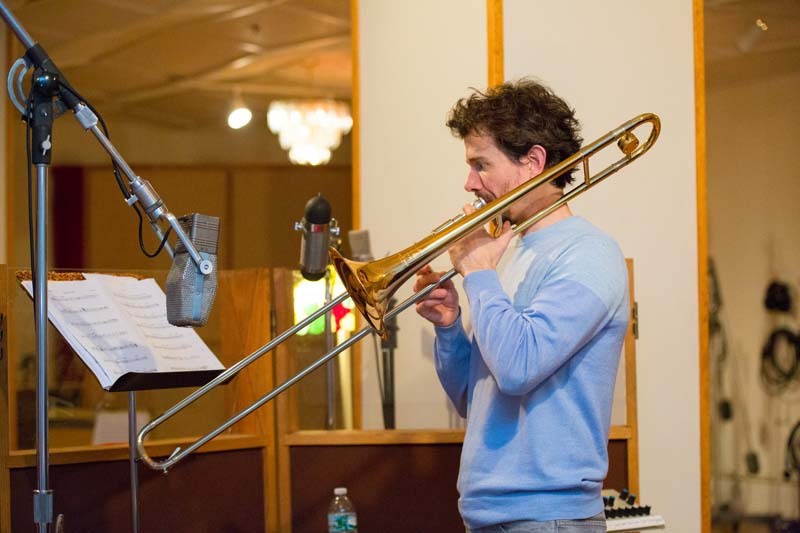 The versatile Brooklyn-based musician also plays regularly on Broadway and with the Saturday Night Live Band, and is an established session musician for film and television. As a sideman in pop and rock, Keberle has performed alongside Alicia Keys, Sufjan Stevens and the Welcome Wagon. He recently turned down an international tour with St. Vincent and David Byrne due to a teaching commitment at Hunter College, where he heads the jazz program. With the maddening schedule, Keberle’s composing process is one of bits and pieces. “Since I’m short on time in my day-to-day existence, I might only get 10 minutes on the piano. But if I play something I like, I whip out the iPhone, voice record and tuck it away for another day,” Keberle says.

Growing up in Spokane, Wash., Keberle started on piano at the age of 4 under the tutelage of his mother, a classical piano teacher, but in high school, Keberle’s father, Dan Keberle, recruited him to play trombone in the jazz band at Whitworth University, where he serves as director of jazz studies and trumpet professor. In 1999, Keberle further honed his big-band chops at Manhattan School of Music, studying under Steve Turre, continuing in jazz in Juilliard’s inaugural class with Wycliffe Gordon. To make ends meet, he became the musical director of a Catholic church in Manhattan.

He has been a member of Berger’s large ensemble for the past decade. “Ryan has a terrific ear,” Berger says. “He has perfect pitch and he hears everything.”

Another member of that band, the prolific saxophonist Scott Robinson, is featured on two tracks on Into the Zone. “If I had to only listen to one improviser on any instrument for the rest of my life, I would probably pick Scott,” Keberle says. “He’s such a natural, spontaneous and creative personality and a total master of the tradition, but he sounds like himself. That’s kind of what I strive for.” As for Keberle, he modeled his sound after icons Slide Hampton and J.J. Johnson, who “command the trombone like the instrument you’re taught to use it as in the classical world,” he says. “The concept was to try to play with that same agility, in terms of playing fast, or different registers, but with a big, full sound.”

This free-flowing aesthetic informs Into the Zone, which Keberle explains was inspired in part by arrangers like Bob Brookmeyer as well as works from Ravel, Debussy and Shostakovich. Writing for a pianoless ensemble forced him to create chordal textures using non-harmony instruments. “I found freedom in the restriction, and really embraced the contrapuntal nature of chamber music,” he says.

The frontline being de facto members of the rhythm section posed a technical challenge, though. “With this configuration, Ryan and I are constantly playing, so it’s hard on the chops as far as endurance,” says Rodriguez, “but we’re starting to really connect. It was eye-opening how well Ryan composes for the group.”

As an improviser, Keberle imbues Charlie Parker’s “Cheryl” and Tommy Wolf’s “Ballad of the Sad Young Men” with a virtuosity and lyricism that eschews reflexive facility. “Zone,” the album’s impressionistic closer, follows suit, a plaintive ballad with brass arpeggios that builds to the group’s eponymous catharsis. “It wasn’t set out to be anything, depict anything, or based on some theoretical principle or harmonic device,” Keberle says of the tune. “It was just a song that came in one of those moments of creative clarity.”

This is equally true of “Inevitable Blues,” which opens the new album but was the last piece Keberle composed for it. “The blues is inevitable in jazz, and if it’s not there, then I don’t want to listen to it,” he says. “That doesn’t mean it has to be a 12-bar blues or have your cliché blues licks and growls and groans, but it has to have that soul, it’s got to be coming from that honest, personal place. It’s different for everyone, but you know it when you hear it.”

When you’re on TV, everybody knows you, or at least thinks they know you. Take Kevin Eubanks, who was on NBC’s Tonight Show five nights … END_OF_DOCUMENT_TOKEN_TO_BE_REPLACED

Jimmy Katz leads many lives. He is the preeminent currently active jazz photographer, and has shot more than 200 magazine covers and over 600 recording … END_OF_DOCUMENT_TOKEN_TO_BE_REPLACED

Take a look at Blue Note Records’ release schedule for 2022 and it’s hard to miss the significant percentage of electronic-oriented music. In March, the … END_OF_DOCUMENT_TOKEN_TO_BE_REPLACED