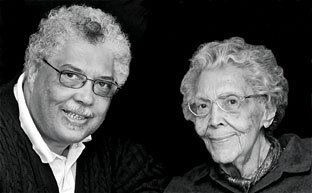 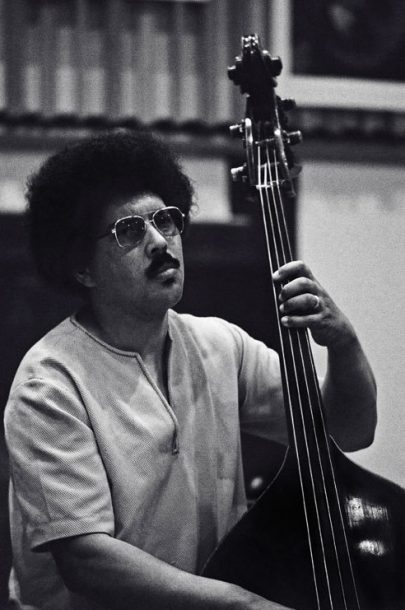 It’s little wonder that Rufus Reid’s landmark new album, Quiet Pride: The Elizabeth Catlett Project (Motéma), responds to the work of another artist. Now 70, he’s always had a way of cloaking his most significant contributions in someone else’s shadow.

So Reid will understand if we take a moment at the beginning to appreciate Elizabeth Catlett, one of the 20th century’s most humane and influential sculptors. Her pieces tend to show rounded, earthy human forms that emit an almost circular dynamism. They come across as visions of a body’s perfect potential rather than distortions of its physique (though they’re that too). Her favorite medium was wood, because its grain has a natural flow, which presents obstacles that can double as opportunities.

“When she was knocking off the wood and she would find that a knob in the wood was a few inches to the left, she would change the entire direction of the figure’s arm in order for the notch to fit the elbow,” remembers her son, the drummer Francisco Mora Catlett. When he looks at his late mother’s pieces now, “the wood stays so alive, it spooks the hell out of me. She loved it because the grain of the wood gave her problems, and problems gave her solutions, and solutions gave her form and created depth in the piece.”

Quiet Pride features five long pieces inspired by Catlett’s sculptures, and the album invites a conversation about Reid’s own relationship with wood-its pliable humanity and the home it makes for sound. It also demands that we broaden our understanding of his abilities.

He’s never become a household name (you might say he conducts himself too quietly for that), but since the mid-1970s Reid’s commanding sound-stout, viscous, constantly dilating-has made him a first-call comrade to some of straightahead jazz’s most notable musicians, and landed him on more than 400 albums (hence his willingness to admit to a sliver of pride). As the author of the jazz bass’ fundamental instructional book, The Evolving Bassist, and former head of William Paterson University’s jazz studies and performance program, he’s a patriarch of modern jazz education.

But the world has yet to really uncover the extent of his powers as a composer and bandleader, roles he’s been toying with outside the limelight for over 30 years. Quiet Pride makes yards of headway there. Recorded with a 20-piece orchestra, plus a conductor, the album features operatic vocals from Charenee Wade and multi-movement pieces that run well past the 10-minute mark. It ferries a brassy tonnage between regal large-ensemble jazz and modern classical density.

The record’s countenance can come across as almost stern, heavenlier than thou, but a dedicated listen reconciles you to its powerful, simple beauty. Deep musical panorama like this should be a challenge as much as a tonic. Anyway, it’s whatever Reid wants it to be. “We don’t do much of anything in our lives without fulfilling some kind of demand,” he says. Composition can guide you to a different kind of thinking. “I learned this from Eddie Harris, though I didn’t really know I’d learned it until maybe 15 years ago: He didn’t care if anybody liked what he played. He knew people would, but he didn’t care, because that means you’re asking them, ‘Am I doing good? Am I making you happy?'”

Saying this, Reid is sitting at a booth in a Midtown Manhattan restaurant, black cardigan over neat, button-up shirt. A thorn of speckled white hair seems to sprout straight out of his bright-eyed face. Reid tends to begin sentences at a jog then slow down, maybe getting a notch louder, drawing out the final syllables of a phrase for emphasis. His Georgia roots peek out when the words begin to ooze. Musicians always like to say that their playing is just a reflection of their whole selves, and they often talk about improvising as a kind of speech. In Reid’s case the connections draw themselves: Each sustained note he plays on the bass has a way of slowly rising, like a heaving breath or a drawl, and cresting to explain itself with feeling. “I’ve played with innumerable bass players and he’s one of the best, because he makes his notes sing,” says the saxophonist and composer Benny Golson, who hired Reid for his New Jazztet in the 1980s and played with him off and on since then. “It’s like a big, rubber-band sound.”

Partly because of his warmly swelling glissandos, Reid’s playing conveys movement as well as speech. Not just in the way that a bassline “walks,” but in the way a note can reach to the top of a vaulted ceiling and keep going up. From afar, those might be the two readiest signs of human life-movement and speech-and his playing digs a well of vitality. Though we think of him primarily as an accompanist and educator, you’d never call his playing deferential, and the thing that defines it can’t be taught.

Guitarist Will Bernard bears the bittersweet blessing of virtuosic skill and eclectic taste, making his music a perpetual delight and yet hard to categorize. Maybe … END_OF_DOCUMENT_TOKEN_TO_BE_REPLACED

At 95, Chicago-based guitarist George Freeman is among the world’s oldest active jazz musicians. Although he came of musical age in the 1940s and counts … END_OF_DOCUMENT_TOKEN_TO_BE_REPLACED

When you’re on TV, everybody knows you, or at least thinks they know you. Take Kevin Eubanks, who was on NBC’s Tonight Show five nights … END_OF_DOCUMENT_TOKEN_TO_BE_REPLACED