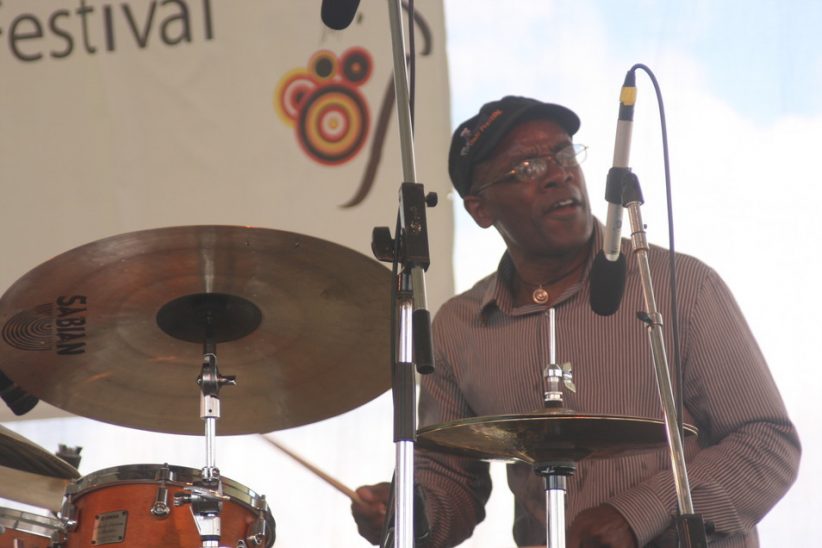 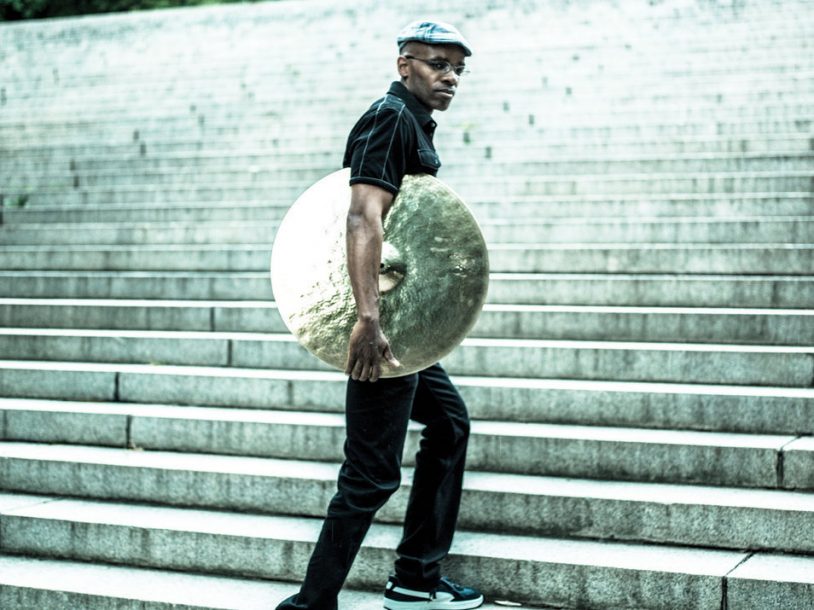 The thing that I have the hardest time doing is playing drums,” says Rudy Royston, explaining his approach to improvisation. “It’s so hard for me because I’m not hearing the drums when I’m playing; I’m hearing melodies or textures. I’m hearing everything but a drum groove.”

That’s not to suggest the 43-year-old can’t bump a mean groove. His splendid debut disc, 303 (Greenleaf), exhibits his gift for shuffling pulses derived from modern bop, funk, rock, R&B and hip-hop. But he references all of those idioms without sacrificing the cogency of his improvisations or obscuring a song’s melodic pull. He also demonstrates an incredible sense of dynamics, something long evident in his sideman work, from his quiet, textural playing alongside guitarist Bill Frisell to the combustive velocity he supplied for saxophonist JD Allen’s trio. “My approach to drums is always based on supporting some kind of event that’s happening in the song,” Royston says. “I’ll play quick little melodies or responses on the drums, or I’ll set up quick little scenes or textures. I always want to bring some life to the music.”

“In my band, what I appreciate about Rudy is that I’m never entirely sure where the music is going to go, but we have developed an immense trust,” says trumpeter and Greenleaf Music owner Dave Douglas, whose acclaimed recent quintet features the drummer. “Rudy can easily lose all of us with polyrhythms, yet there is a trust that we are all going to come through together.”

As a bandleader on 303, Royston creates a similarly deep rapport-especially impressive considering that the sextet came together specifically for this disc. Except for trumpeter Nadje Noordhuis, Royston performed with all of the musicians in other contexts. For instance, he played trio gigs with saxophonist Jon Irabagon and bassist Yasushi Nakamura; the three also play frequently with Douglas. In saxophonist Tia Fuller’s band, Royston played with bassist Mimi Jones, and in bassist Linda Oh’s quartet he met pianist Sam Harris. Royston and guitarist Nir Felder have appeared together with saxophonists Brian Landrus and Noah Preminger. “The number-one thing I wanted to make sure was that the people on the record were eclectic and well-versed in a lot of different styles of music,” Royston explains. “I knew from playing with these guys that they all listened and knew how to do have a conversation in a tune. I didn’t know that we were going to gel that well.”

“It’s a testament to his affability as a person and musician,” Felder says of the group’s accord. “Rudy’s a very charming, very soft-spoken guy. He’s very gentle, but he brings you into his universe instantly.”

On 303, that universe means engaging musical dialogue and keen original tunes such as “Gangs of New York,” which morphs from a midtempo reverie to an edgy rock-meets-hip-hop conversation between Royston and Felder’s guitar. “Goodnight Kinyah,” with its gospel-infused melody, illustrates Royston’s knack for balladry, while the blistering “Bownze” demonstrates his hard-knuckle polyrhythmic virtuosity.

The disc’s cryptic title is the area code for Denver, Royston’s stomping grounds before he arrived in New York in 2006. “I wrote a lot of this music with the tone and vibration of home. This is not the way jazz sounds in Colorado. It represents a lot of the ideology of the music that I played, especially the tunes with heavy rock guitar,” Royston says. He points to the influence of an old employer, Ron Miles, the Colorado-rooted trumpeter and composer. “From Ron, I learned to let the music sort of write itself. Let the music be what you feel. If you want to go into an R&B section in the middle of a swing tune then do it. I grew up with that kind of freedom.”

When you’re on TV, everybody knows you, or at least thinks they know you. Take Kevin Eubanks, who was on NBC’s Tonight Show five nights … END_OF_DOCUMENT_TOKEN_TO_BE_REPLACED

Jimmy Katz leads many lives. He is the preeminent currently active jazz photographer, and has shot more than 200 magazine covers and over 600 recording … END_OF_DOCUMENT_TOKEN_TO_BE_REPLACED

Take a look at Blue Note Records’ release schedule for 2022 and it’s hard to miss the significant percentage of electronic-oriented music. In March, the … END_OF_DOCUMENT_TOKEN_TO_BE_REPLACED