Skip to content
Become a member and get exclusive access to articles, live sessions and more!
Start Your Free Trial
Home > Features > Romero Lubambo: For the Love of Jazz… 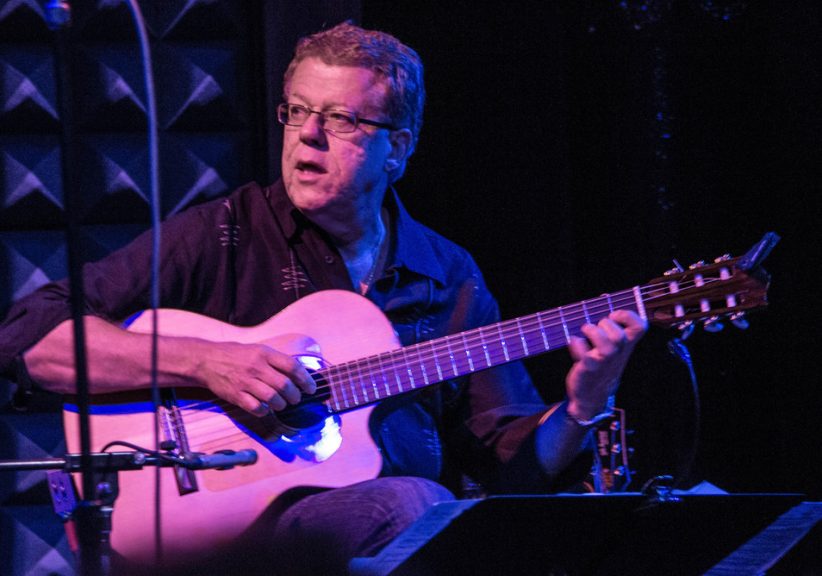 Besotted with all the sleek and elegant exemplars of American culture, from muscle cars and jets to Nat King Cole and Wes Montgomery, Romero Lubambo came of age in Rio de Janeiro determined to check out the United States for himself. After earning a degree in mechanical engineering from a top Rio institution, he saved up for a year playing jazz and instrumental Brazilian music around the city. Moving to New York in 1985, he figured he’d do his best to stick it out for a few seasons. Some three decades and 500 recordings later, Lubambo is the preeminent Brazilian guitarist in North America, a player whose consummate musicianship and versatility have made him the cat of choice for everyone from Yo-Yo Ma and James Carter to Tom Harrell and Angélique Kidjo.

“I really wanted to see this country,” says Lubambo, 57. “The U.S. was always very important in terms of music-and mechanical engineering.

“This is the country that sent a man to the moon,” he continues. “Boeing, Chevys and Corvettes, everything I liked was here. The best musicians too: Michael Brecker, John Scofield, Mike Stern, all the musicians I loved were from this country. I was lucky that things worked out so well and I was able to stay.”

Lubambo is one of those players whose invaluable skills as an accompanist and collaborator can obscure the deep contours of his musical vision. In instrumental settings, he’s best known for his work with the collective Trio da Paz, the superlative Brazilian jazz combo he cofounded 23 years ago with drummer Duduka da Fonseca and bassist Nilson Matta (with whom he made that first journey from Rio to Gotham). Drawing from a vast repertoire of modern jazz standards and American and Brazilian songbook gems, the group has forged a distinctive synthesis that flows from their commitment to the riches of both traditions, a blend documented most recently on 2008’s Live at JazzBaltica with vibes master Joe Locke.

Matta has watched Lubambo hone his sound and expand his stylistic reach since coming to the States. He’s been particularly impressed by Lubambo’s exquisite control of dynamics, whether tracing feathery melodies or cutting through thunderous samba passages. “I always say to him, ‘You are a truly amazing virtuoso guitar player, the best acoustic guitarist on the scene,'” says Matta, who describes the close friendships binding Trio da Paz as a virtual love-in. “He not only plays the traditional Brazilian guitar style, he can play modern and improvise, and deliver great melodies. We play with horns, with big bands, or loud and fast in the trio, and he handles that magnificently on the acoustic guitar.”

When you’re on TV, everybody knows you, or at least thinks they know you. Take Kevin Eubanks, who was on NBC’s Tonight Show five nights … END_OF_DOCUMENT_TOKEN_TO_BE_REPLACED

Jimmy Katz leads many lives. He is the preeminent currently active jazz photographer, and has shot more than 200 magazine covers and over 600 recording … END_OF_DOCUMENT_TOKEN_TO_BE_REPLACED

Take a look at Blue Note Records’ release schedule for 2022 and it’s hard to miss the significant percentage of electronic-oriented music. In March, the … END_OF_DOCUMENT_TOKEN_TO_BE_REPLACED